Before immunisation for yellow fever became routine, it was the scourge of sailors and ports around the globe. Global travel, urbanisation and climate change are setting the stage for its return. 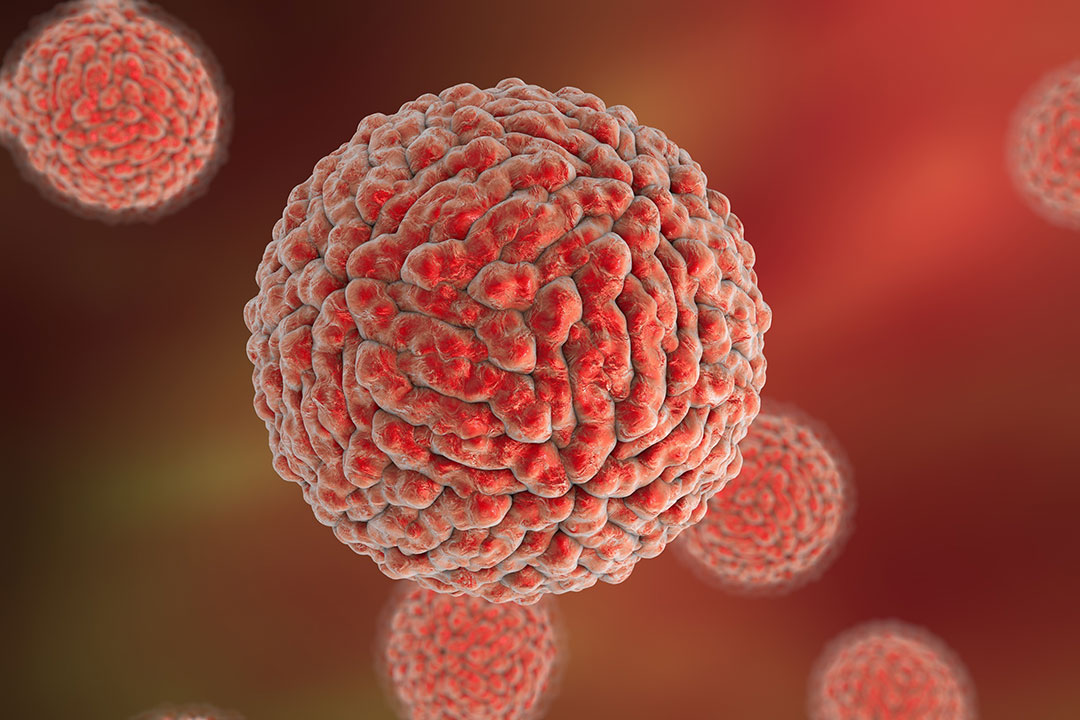 Illustration of Dengue virus which causes yellow fever and is transmitted by mosquito.

Nineteenth century sailors referred to it as “yellow jack” because of the yellow quarantine flag that was hoisted aloft ships carrying infected passengers and crew. The stores of fresh water on these vessels made ideal breeding grounds for mosquitoes, which feasted on those carrying the virus, and then their neighbours, meaning the infection quickly spread. If allowed to disembark, these people would unwittingly establish new outposts for the deadly virus. Yellow fever spread from port to port around the globe.

Wherever it landed, the virus caused havoc. In Panama it halted early efforts to construct the famous shipping canal. In Spain, a 1730 outbreak in Cadiz killed at least 2,200, and triggered subsequent outbreaks in France and Britain – travelling as far north as Glasgow, Scotland. In the US, President George Washington even had to be evacuated from the nation’s capital, Philadelphia, in 1793, because so many people were falling ill or dying. That epidemic alone killed at least 5,000 before the year was out; almost a century later, in 1878, an outbreak in the lower Mississippi valley killed 20,000.

Today, yellow fever is largely kept in check by vaccines, but as recent outbreaks in Kenya, West and Central Africa show, the disease poses an ongoing threat. Although Asia and the Western Pacific have been spared until now, the Aedes aegypti mosquito that transmits yellow fever virus is endemic in these regions. There is therefore a risk that introductions by infected people travelling from endemic Africa or South America could introduce the disease there.

Climate change is also impacting ecosystems, land use and mosquito populations, which may expand the geographic range of the virus. The introduction of the virus into urban areas with no natural immunity would be a particular worry, with the potential for rapid spread before adequate vaccination coverage stopped it.

Yellow fever is a viral haemorrhagic disease that kills at least 30,000 people each year, roughly 90% of them in Africa. Many infected people experience no symptoms, but for those that do, symptoms can include fever, muscle pain, headache and vomiting. Some of these patients will then enter a second, more dangerous phase in which their fever returns and they start to bleed from areas including their mouth or stomach. Liver or kidney damage may also follow; the “yellow” in the name refers to the jaundice people often experience at this this stage. Up to half of those who enter this second phase die within seven to ten days.

The yellow fever virus is endemic in tropical areas of Africa, Central and South America, and is transmitted by mosquito bites; mostly those of Aedes aegypti mosquitoes. Other types of Aedes mosquitoes found in tropical and subtropical zones, as well as at higher latitudes during warmer months, can also carry it – as can Haemagogus mosquitoes, which are found in Central and South America. Large epidemics tend to occur when infected people arrive in urban areas with large numbers of mosquitoes and high population density, where residents have little or no immunity due to poor vaccination coverage.

The idea that mosquitoes transmitted yellow fever was initially dismissed, with most doctors believing it was caused by a miasma, or “bad air”, emanating from rotting material. However, following the Spanish-American war of 1898 – in which more than four times as many American soldiers died of yellow fever than fell in combat – the US Army launched its Yellow Fever Commission, to solve the riddle once and for all.

Noticing that conventional epidemic measures, such as improving sanitation, did little to reduce yellow fever cases and that close contact didn’t necessarily result in transmission, they decided to revisit the mosquito theory. Their methods were very much of their time: persuading healthy subjects to allow themselves to be bitten by mosquitos that had previously feasted on infected people. The volunteers subsequently developed symptoms themselves.

Campaigns to eliminate mosquitoes from urban areas such as Havana were partially successful, but the discovery that yellow fever was a zoonotic disease – transmitted between infected primates and humans through mosquitoes – spurred on efforts to develop a vaccine against it.

From vector to vaccine

In 1927, British bacteriologist Adrian Stokes took blood from a sick man in Ghana called Asibi and injected it into a rhesus monkey. Not only did this lead to the discovery of the yellow fever virus, it also established the infection in a suitable laboratory host, meaning it could be studied more easily. Sadly, Stokes contracted yellow fever himself and died soon afterwards.

Picking up the baton was Max Theiler of the Rockefeller Foundation in New York. He discovered that repeatedly growing the virus in the brains of mice and, later, chicken embryos, made it less dangerous. By mid-1930s, a “live attenuated” form of the virus, known as the 17D strain, began to be tested as a vaccine candidate, first in monkeys, then in humans.

The 17D vaccine received licensing approval in 1938, and is still in use today, with more than 850 million doses distributed worldwide so far. Recommended for those aged between nine months and 60 years, a single dose leads to long-term, probably even lifelong, immunity in 99% of people vaccinated, making it one of the most efficient and effective vaccines.

Today, several strategies are used to prevent yellow fever: routine infant immunisation; mass vaccination campaigns of a wide age-group designed to increase coverage in countries at risk; and vaccination of travellers visiting areas where the virus is endemic.

The EYE Strategy is a partnership of around 50 organisations globally, of which Gavi, UNICEF, and the World Health Organization are key partners. EYE’s goal is to protect almost one billion people through vaccination against yellow fever by 2026.

Challenges remain, though. In areas where vaccination coverage is low, rapid recognition and control of outbreaks using mass immunisation is critical – but yellow fever can be difficult to diagnose by early symptoms alone, especially during the initial stages of infection. Laboratory tests, such as polymerase chain reaction (PCR) or antibody testing of blood samples can help, but not all countries have the laboratory infrastructure to routinely do these tests.

Because it is derived from viruses that have been attenuated, but can still grow and replicate, the vaccine isn’t recommended for those with weak immune systems, because even a weakened virus may trigger disease in these individuals. This includes infants younger than nine months, pregnant women (except during yellow fever outbreaks when the risk of infection is high), and people with severe immunodeficiency due to HIV/AIDS, or those with a thymus disorder. The vaccine is also not recommended for those aged over 60, or people with severe allergies to egg protein.

Mosquito control and surveillance is another crucial component of yellow fever prevention. Yet, insecticide resistance is a growing problem, and insecticide-treated bed nets have only a limited effect because Aedes mosquitos tend to bite during the daytime rather than at night. In Central and South America, Aedes aegypti – the main source of urban yellow fever – is increasingly colonising the coast, beyond endemic areas near the jungle, due to the expansion of coastal cities.

Meanwhile, international travel increases the risk of yellow fever being introduced into new areas infested with Aedes species that are capable of transmitting the disease, such as Asia, Australia, Europe, and North America. Additional outbreaks in densely populated areas of these continents would stretch existing vaccine supplies to their limits, and put immense pressure on healthcare systems in the meantime. Climate change also increases the chances of Aedes species surviving cold winters, potentially increasing their range further north and south, to areas where yellow fever hasn’t been seen for centuries.

Ultimately, our best hope at keeping this ancient killer under control is by increasing routine immunisation, investing in surveillance and following International health regulations guidelines to minimise the risk of it spreading further.