Somalia: four lessons from past experience of dealing with famine

The looming Somalian famine might be the first in a string of back-to-back catastrophes, says an expert. 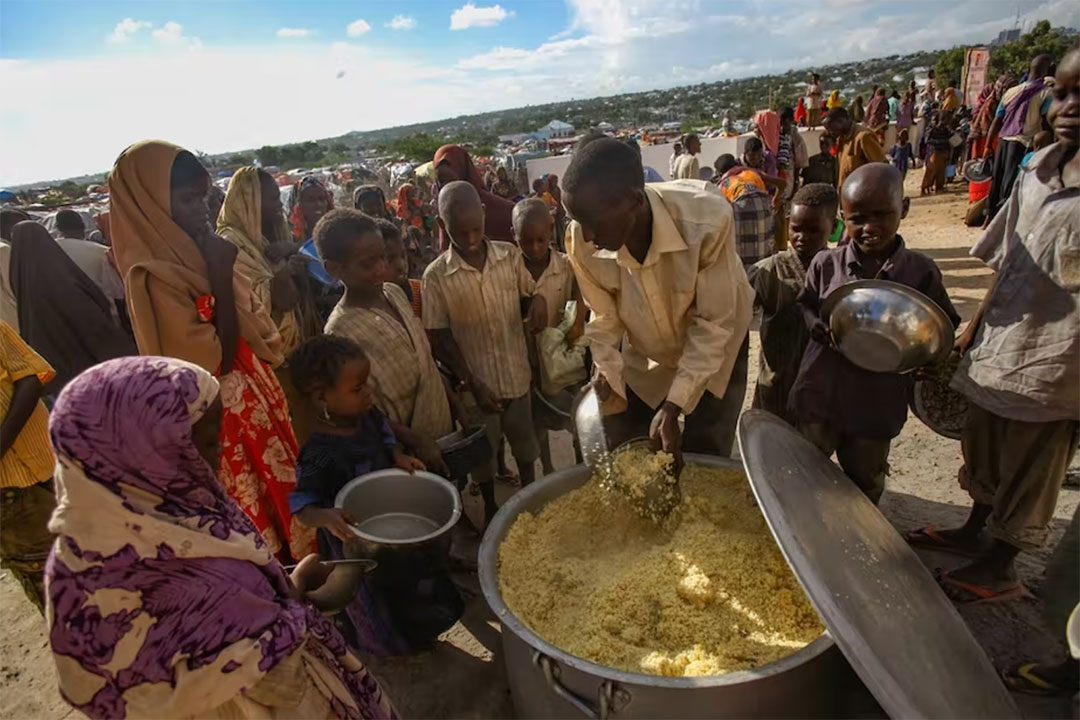 Experts are warning that millions of people are at risk as a famine hits Somalia. Mehmet ali poyraz/Shutterstock

Since 1990 the world’s famines have been classified as small – with the glaring exceptions of Somalia in 1991-92 and 2010-12. Now the UN’s World Food Programme says that nearly seven million Somalis face not being able to find enough food in the last months of 2022.

Baidoa and Burhakaba districts in Somalia’s Bay region face the highest level of famine, unless adequate food aid arrives. Southern Somalia’s crisis threatens to replicate what happened in 1991-92 and 2010-12, when famine caused hundreds of thousands of deaths. There are lessons we can learn from what happened before.

Information about levels of poverty is limited. A report on the demographic toll of the 1991-92 famine said: “Somalia’s total population is perhaps the least accurately known of any in the world.” Since 2013 Somalia’s economy has been either the third or fourth poorest in the world, according to the World Bank. International humanitarian aid will be essential in alleviating future crises. But for aid to be effective there must be peace. One hopeful sign is the security situation currently is better than a decade ago, and that the international community is committed to helping the government restore law and order. This has helped increase the flow of international humanitarian and development aid in recent years. The UN has already collected $1.4 billion for Somalia (about one-fifth of Somalia’s current GDP) in a recent appeal but believes it needs another $1 billion to stave off famine.

Historical experience showing war can lead to famine also applies to modern day Somalia. Since 1990 civil war has constrained Somalia’s economy, disrupted healthcare and educational services and impeded the distribution of humanitarian relief from abroad many times, including during the 1991-92 and 2010-12 famines. The war made it difficult to transfer aid to where it was needed most. And for the employees of NGOs and others, it was a highly dangerous task. The health NGO Médecins Sans Frontieres (MSF) halted its Somali operations at the height of the 2010-12 famine, ending 22 years of continued activity in the country. This decision was taken after some of its aid workers were killed and others kidnapped . MSF returned to Somalia in 2017 after deciding they could operate safely and effectively again. Today an additional war-related factor can be expected to play a role: the Russian invasion of Ukraine, which compromises the food production and export of two leading cereal producers, potentially with global consequences from which Somalia might just be the first to suffer.

Historically large-scale famines cost hundreds of thousands of deaths, with the worst costing several million, but what is often underestimated is the long-term illnesses for survivors. A widely cited 2013 inquiry put Somalia’s death toll in 2010-12 at 260,000. Earlier estimates of 50,000-100,000 are perhaps more plausible, because the higher figure is difficult to reconcile with the valuable narrative testimony collected in the wake of the famine. A key question to answer, is whether that famine was deadlier than its predecessor of 1991-92.

The number of people who survived the famine but were permanently scarred, physically and psychologically, was much higher than the number of deaths: today, about one-third of the Somali population suffers from a mental health condition. Treating damage to the mental health of adults and children caused by the traumatic experience of famine is an area which should attract greater attention than in the past, as according to the World Health Organization mental health services hardly exist in Somalia. International help could do much to redress this situation.

4. Migration and relatives abroad can help

Migration in search of help is an age-old consequence of famine. Typically, most migrants are expected to return home after the worst is over, and do so. During the Somali famine of 2012, over one million Somalis crossed the borders to Kenya and Ethiopia. A refugee complex at Dadaab in eastern Kenya became the world’s biggest for a time. But, due to Somalia’s problems with drought and insecurity, many of the refugees from a decade ago have still not returned home, to the frustration of the Kenyan authorities. In these circumstances, clearly, whether migration could provide a similar safety valve in the event of another Somali famine is moot. The experience highlights both the benefits and limitations of mass migration. Open borders are needed to provide a safety valve for those at risk from famine, but neighbouring countries often incur a huge financial cost when providing a refuge for those fleeing famine. It is vital that the international community acknowledge and support their contribution.

Somalians living in Europe and the US often try to help their families at home. At the height of the famine of 2010-12 having even distant relatives abroad was a distinct advantage. Money sent back to Somalia allowed some households to remain in their villages. The remittances managed to get through when other means of relief could not. The mechanism used to transfer funds from families abroad must be secured and strengthened.

Across history the most frequent immediate cause of famine has been severe weather, caused by rapid climate change. Years of drought and other climate extremes have compromised Somalia’s ability to grow food – and this is likely to remain a recurring problem.

These threats were hardly mentioned in 2010-12 or 1991-92. Perhaps the most frightening aspect of the looming Somalian famine is that it might just be the first in a string of back-to-back catastrophes. Global warming is expected to continue to cause meteorological instability for many decades to come. Worldwide we need to recognise that our ability to cope with the threat of famine is inadequate and, as recently highlighted by the Food and Agriculture Organisation of the United Nations, steadily worsening.

Cormac Ó Gráda does not work for, consult, own shares in or receive funding from any company or organisation that would benefit from this article, and has disclosed no relevant affiliations beyond their academic appointment.