Polio, a contagious disease caused by the poliomyelitis virus is transmitted primarily when stool from someone infected contaminates foods, drinks or water sources. It invades the nervous system and could, in a matter of hours, lead to complete paralysis. On the 24th of August 2020, the World Health Organisation (WHO) officially declared Nigeria and Africa polio-free. 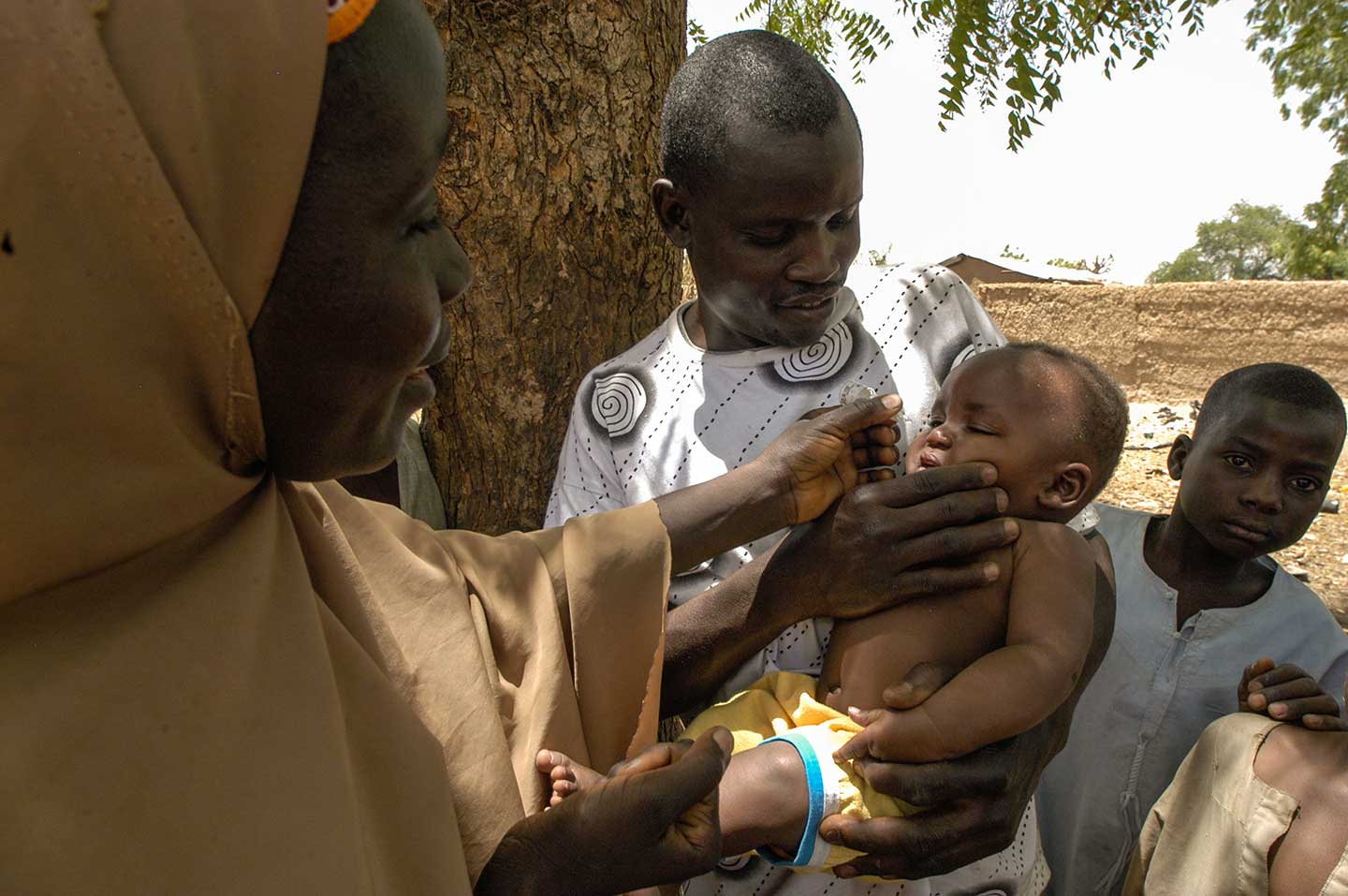 Polio, a contagious disease caused by the poliomyelitis virus is transmitted primarily when stool from someone infected contaminates foods, drinks or water sources. It invades the nervous system and could, in a matter of hours, lead to complete paralysis. On the 24th of August 2020, the World Health Organisation (WHO) officially declared Nigeria and Africa polio-free.

The polio-free declaration followed rigorous protocols including the acceptance of Nigeria’s polio eradication documentation by the African Regional Commission for Certification of Poliomyelitis Eradication (ARCC). “What a proud moment for us and indeed all Nigerians, as we defended the country’s complete documentation towards being declared a Polio-free nation,” said Dr Faisal Shuaib, the Executive Director National Primary Healthcare Development Agency (NPHCDA) in a tweet he posted immediately after the ARCC virtual meeting.

Nigeria’s long road to eradication was bumpy and the ride lasted over two decades. Several strategies including routine immunisation and mass vaccinations were adopted. However, the polio endgame strategy was narrowed down to two key strategies:

These strategies were anchored through the leadership efforts of the Ministry of Health and NPHCDA, dedicated expert support from a consortium of multiple partners and organisations, as well as technical and financial support from Rotary International, WHO, United Nations Children Fund (UNICEF) and the Bill & Melinda Gates Foundation (BMGF) among others. Of importance is staunch commitment of the real heroes of the fight  – the resilient community health workers and volunteers.

The introduction of digital health

Major challenges faced by the program include, poor performance of vaccination teams during SIAs and failure to locate missed children due to the use of inaccurate, hand-drawn maps that contributed to exclusion of some areas during SIAs. As a result, planning and implementation of SIAs became complicated.

In order to resolve these issues, the use of Geographic Information System (GIS) technology  –  a system that has the capacity to capture and analyze spatial and geographic data into visual maps, was introduced by eHealth Africa in 2013. GIS technology was implemented as a solution to locate missed settlements, improve vaccination coverage, and guide Ward Focal Persons on appropriate micro-planning.

Other challenges with surveillance were inability of community health workers and community informants in many communities to recognise a child with AFP, delays in collecting and transmitting AFP data from the community to the Local Government Authority (LGA), state and national levels, and delay in investigating reported suspected AFPs by Disease Surveillance Notification Officers (DSNOs). These challenges made it imperative to improve surveillance.

Once a suspected AFP is reported, an SMS message is automatically sent via the AVADAR app with the child’s details to the DSNO, ministry of health, state primary health care agency and NPHCDA officials through the AVADAR server for follow up. DSNOs are expected to immediately visit the child to investigate and find out if the reported AFP meets the criteria of a true AFP. If the criteria are met, stool samples of the child are collected and sent to the laboratory for a poliovirus test. On the contrary, the child is referred to a health facility for further care. The AVADAR system has a dashboard that allows program managers and other stakeholders to monitor the progress of reporting and investigation in near real-time and make informed decisions. “From the comfort of my office, I can call a DSNO and ask him/her why we still have pending investigations of reported suspected cases in our state,” said Nura Karaye, Kano State’s Deputy State Epidemiologist.

Like any other technology, the AVADAR system has its limitations, including the cost of purchasing over 8,000 mobile phones, payment of monthly airtime recharge to all the users for sending reports via SMS and intermittent network connection hindering reporting across some LGAs. However, the AVADAR system has contributed immensely to the eradication of polio through the improvement of active surveillance.

Saidu Boka is a traditional healer with hundreds of clients in his community, in Dogo Nini ward, Potiskum LGA, Yobe state. Sitting in his shrine, an elated Boka demonstrates how the AVADAR Application works. “Hundreds of my clients have been sensitized by me on what an AFP is and I reported 11 suspected AFP cases between January 2017 — March 2017”, he claimed. The claim was validated by Ibrahim Mohammed Kolo, the AVADAR project focal person of Yobe state.

Aside Boka, the AVADAR system engaged over 6,000 health workers, community informants, LGA and state disease and surveillance officers across 11 states in Nigeria between December 2016 — September 2019, while keeping the surveillance system more active and sensitive.

The use of GIS technology was implemented across 32 states between 2013–2020 during SIAs. The technology had two components; GPS-tracking for vaccination teams and GIS-maps for micro-planning. The GPS-tracking requires the use of GPS-mobile phones with a tracking application software to track vaccination teams’ movement and monitor on a daily basis the team’s geographic coverage and identify missed children using an online vaccination tracking dashboard. The GIS-maps for micro-planning were used by ward focal persons for micro-planning and proper team assignment during SIAs. “Because the vaccination teams are aware that they are being tracked, they are more committed to visit all the houses assigned to them during SIAs,” said Kawu Dawaki, ward focal person of Dawaki Ward of Dawakin Kudu LGA, Kano state.

In Kano state for example, Dr Imam Bello Wada, the Incident Manager (IM) of the Polio Emergency Operations Center explained that ‘’The vaccination tracking dashboard gives us a real-time direction of where to concentrate more in order to cover all eligible children from the first day of campaign”.

Although the GIS technology is expensive and requires human resources and equipment, it has significantly impacted the entire polio program and contributed to a polio-free Nigeria.

According to eHealth Africa’s Vaccination Tracking System Project Manager, Abubakar Shehu, between 2013–2019, almost three million missed children were identified in over 5,000 missed settlements across 32 states in 434 LGAs. Furthermore, over 5,000 WFPs used maps for micro-planning. The eHealth Africa Vaccination Tracking System is the custodian and implementer of the GIS technology in the polio program.

Moving into a tech-enabled polio-free Nigeria

The use of AVADAR helped fast track the polio eradication program in Nigeria. Its deployment enabled training of various cadres of health workers, linkages between health workers, and ensured accountability and responsibility by immunization teams. Beyond polio eradication, AVADAR can also be deployed to address other diseases. Nigeria’s polio-free status is a wake-up call to take this digital mobile technology to scale. There is no time to waste.

What other vaccine preventable diseases do you think Nigeria can adapt technology to help eradicate? Tell us in the comments below or on social media @nighealthwatch on Twitter and @nigeriahealthwatch on Facebook and Instagram.

Author’s Bio: Umar Kabo Idris, MPH, is a global health practitioner with over seven years experience across Nigeria and Africa in project management of digital health projects. He has worked with eHealth Africa as a Project Manager in the rollout of the AVADAR project in Nigeria and six African countries and as a Project Coordinator for the vaccination tracking system. He is currently consulting for the WHO on digital health in the expanded program on immunisation in the Nigeria country office and by extension, the African region. He tweets as @umarkaboidris.

This article was originally published by Nigeria Health Watch on 5 October 2020. 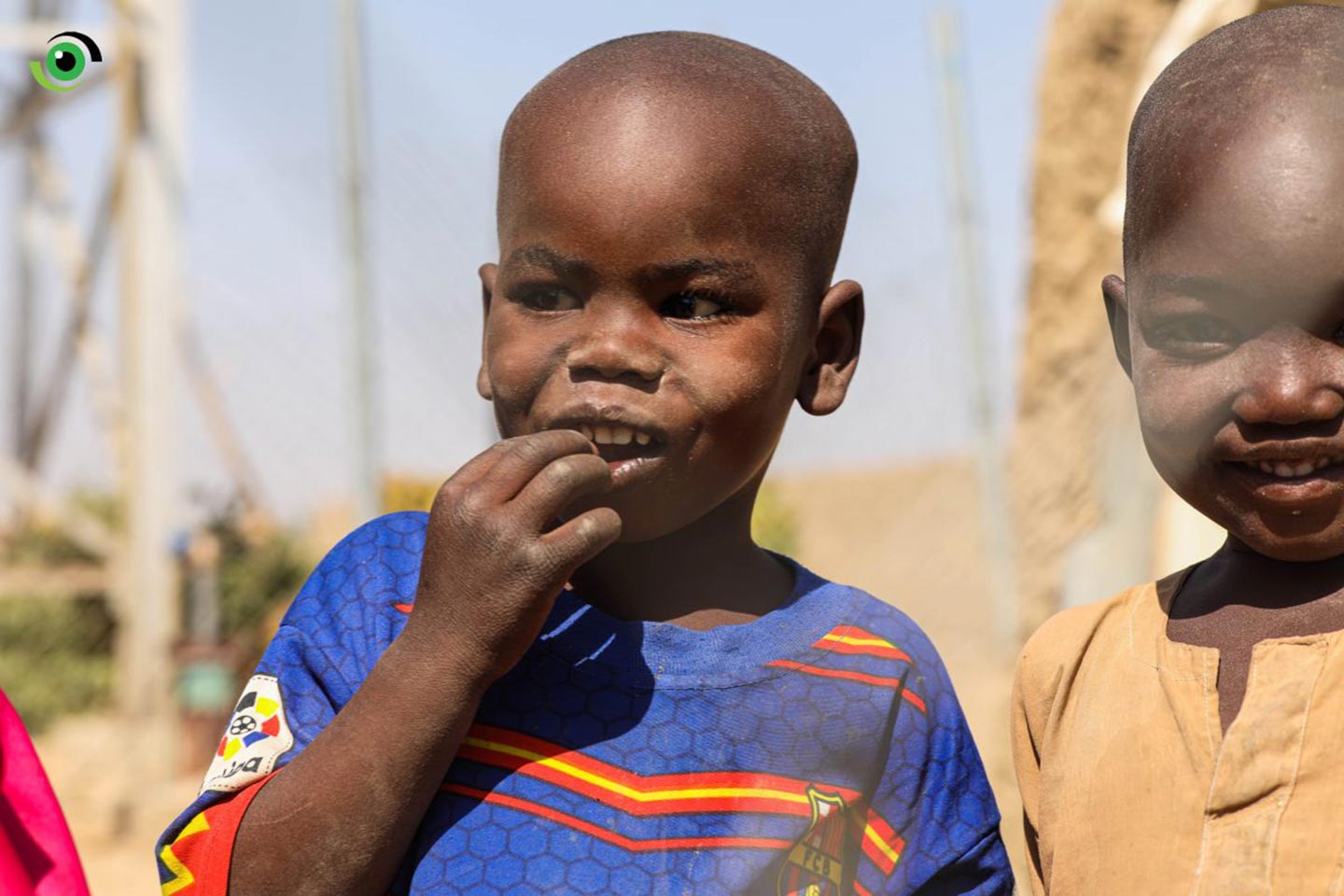 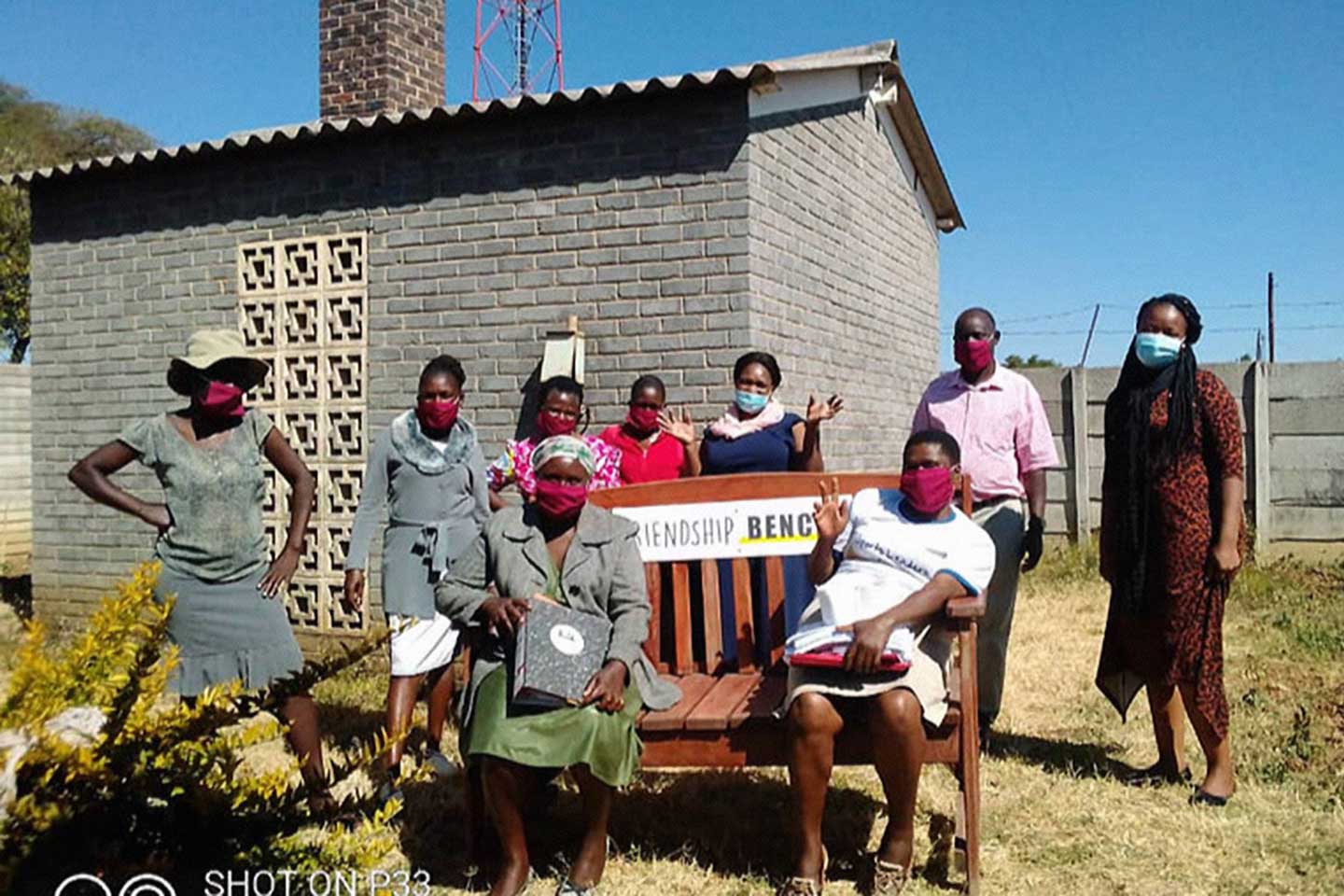 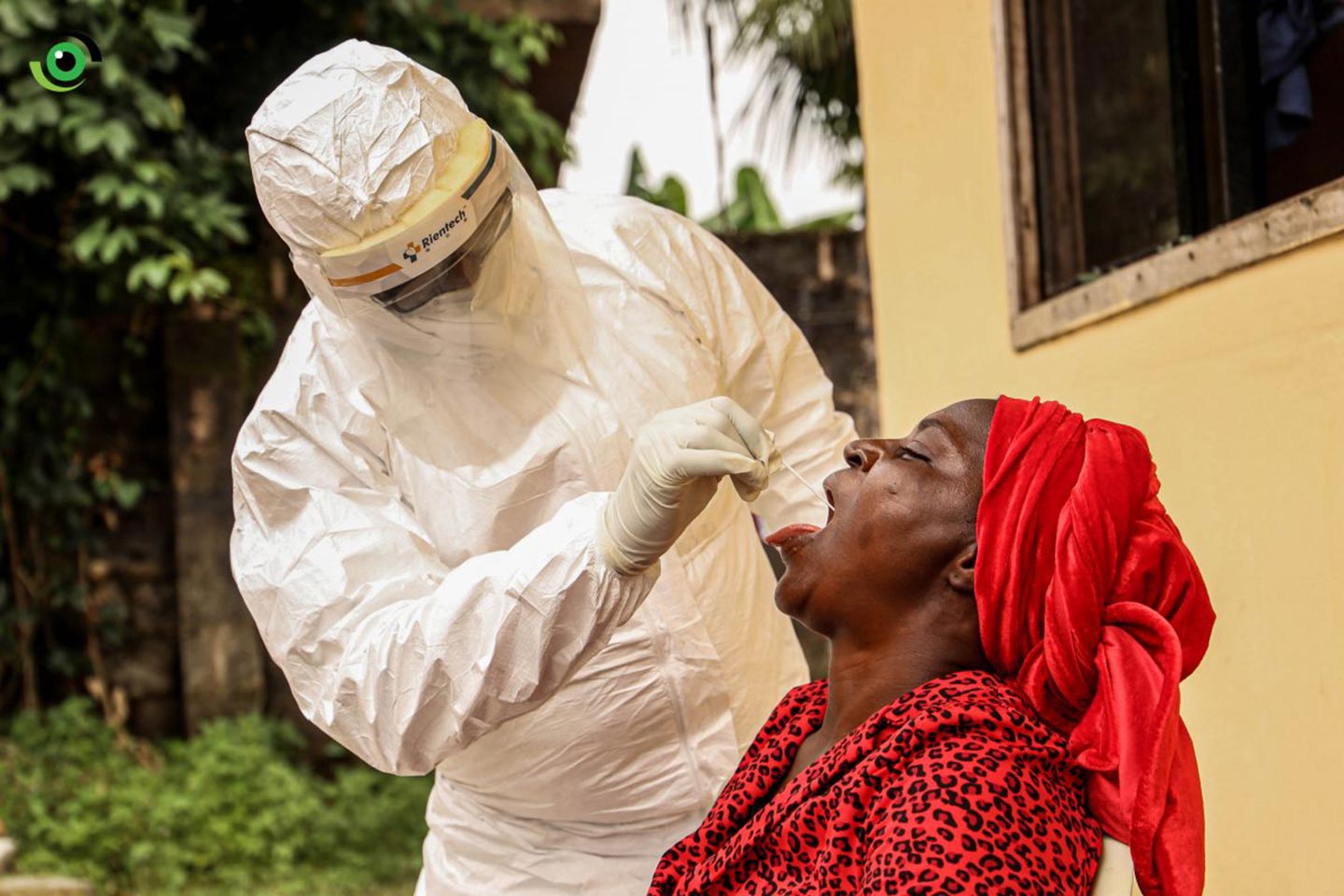 Preparing ahead: How Imo State harnessed the REDISSE project to improve its COVID-19 response 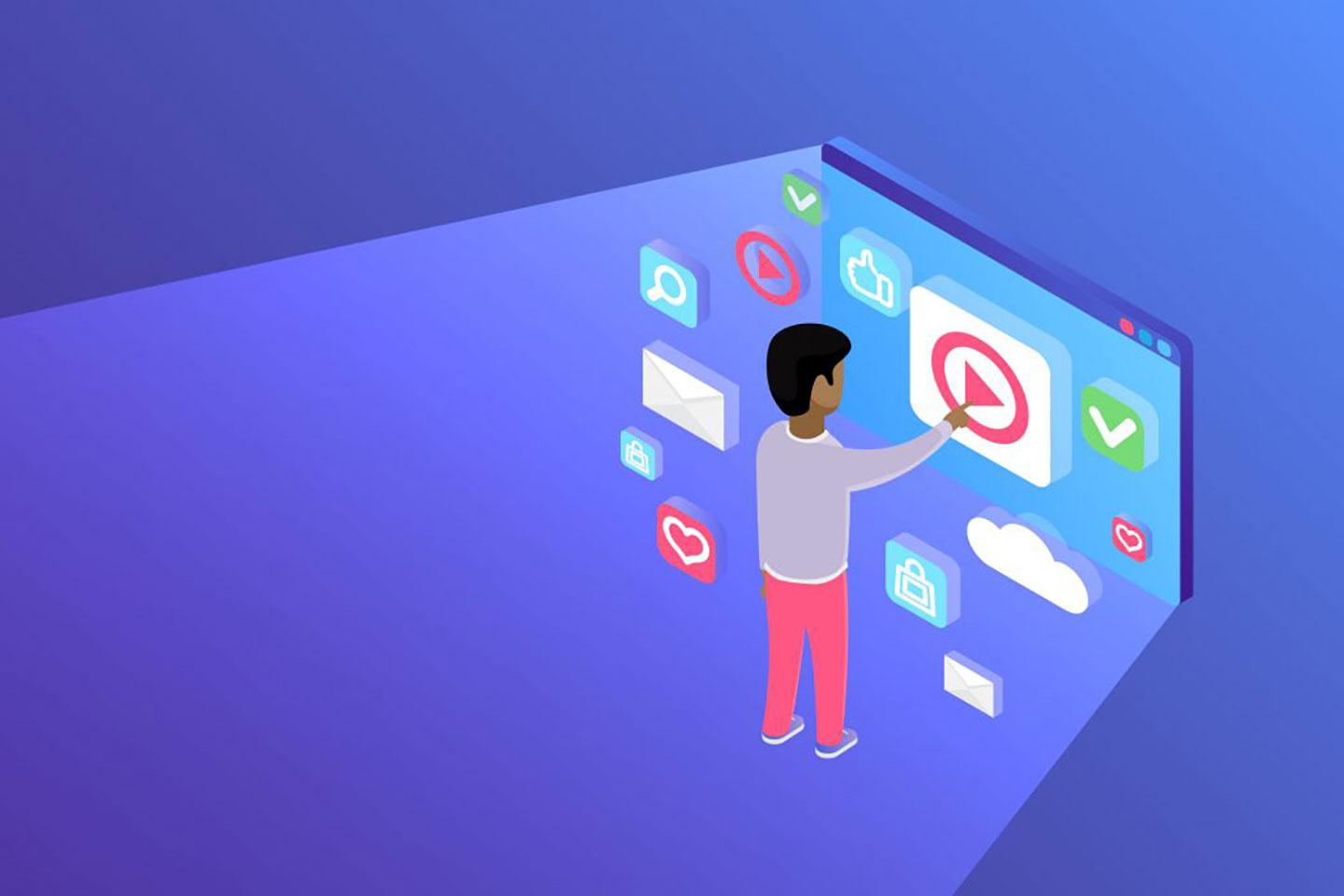