With many countries failing to hit measles vaccine coverage targets, and COVID-19 control measures being lifted, the goal of measles elimination hangs in the balance. 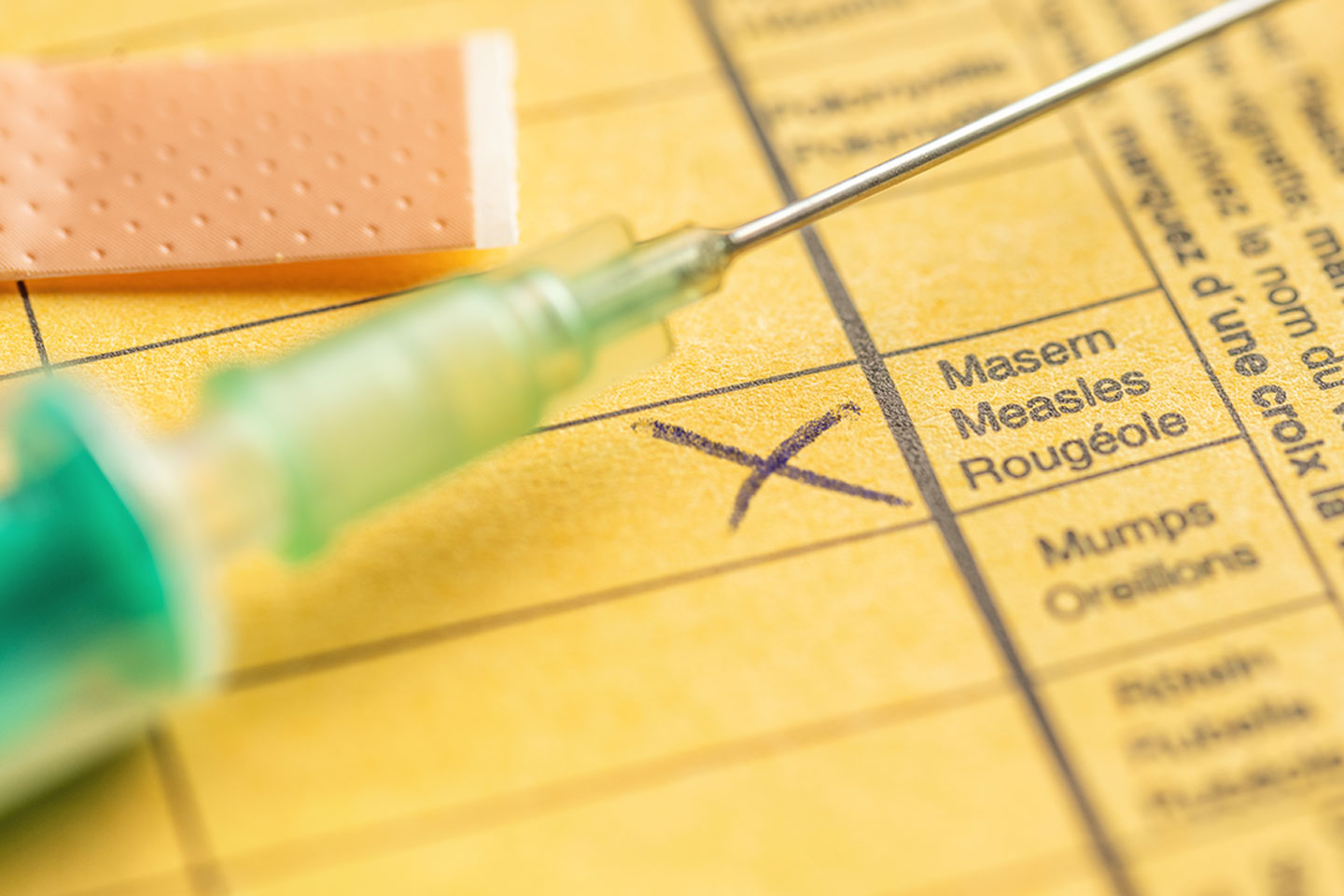 Further efforts to increase measles vaccination coverage are needed in most European countries as many are failing to hit current coverage targets for elimination of the disease, experts say.

The latest published figures from 2018 suggested that only six countries in the EU/EEG – Croatia, Hungary, Iceland, Portugal, Slovakia, and Sweden – reported two-dose measles vaccine coverage of 95% or higher.

Indeed, the current target of vaccinating at least 95% of the population with two doses of measles-containing vaccine (MCV2) may be the absolute minimum required to provide enough protective immunity in the population to avoid outbreaks, according to research presented at the European Congress of Clinical Microbiology & Infectious Diseases in Lisbon, Portugal.

Lukas Hemmers and colleagues from the State Office for Health and Social Affairs in Berlin, Germany, combined the results of 33 different studies examining the effectiveness of two doses of the measles vaccine in 13 countries to determine whether the current target is high enough to achieve measles elimination, meaning zero cases within a specified geographic area – in this case Europe.

The current elimination strategy assumes that two doses of vaccine are at least 96% effective in preventing measles, and that at least 91.5% of the population are immune to the disease, but estimates of MCV2 vaccine effectiveness have not been properly combined to determine whether they are high enough to achieve elimination, Hemmers and colleagues said.

Their analysis estimated that average MCV2 effectiveness was 96.4% in the general population under real world conditions, meaning elimination is possible with 95% coverage – but they stressed that this level may be the absolute minimum required to provide enough protective immunity in the population.

Unfortunately, the latest published figures from 2018 suggested that only six countries in the EU/EEG – Croatia, Hungary, Iceland, Portugal, Slovakia, and Sweden – reported two-dose measles vaccine coverage of 95% or higher.

"A vaccination level of 95% should be the minimum requirement, rather than the goal, for successful measles elimination.”

Hemmers said: “Over the past two years, the number of reported measles cases in Europe have been low, probably due to COVID-19 control measures rather than reaching the 95% immunisation target for measles vaccination.

“However, our analysis suggests that even if routine two-dose measles vaccination reaches 95%, and the vaccine effectiveness is 96%, then the fraction of the population that needs to be immune to achieve elimination is only just met, if you discount immunity conferred by one dose of measles-containing vaccine.”

He warned that as European countries started to ease COVID-19 restrictions, and pre-pandemic contact patterns resumed, further efforts were needed to increase measles vaccination coverage in most European countries.

"A vaccination level of 95% should be the minimum requirement, rather than the goal, for successful measles elimination,” he said.

Hemmers and colleagues acknowledged some limitations with the study, including the fact that they mainly included observational studies from the WHO regions of Europe and North America, and these studies didn’t provide data on people older than 23 years of age, which may limit the conclusions that can be drawn.