The impact of COVAX in Laos

Vaccination started off slow, but has steadily increased over 2021 thanks to public health messaging and vaccine deliveries.

The impact of COVAX in Laos

Vaccination started off slow, but has steadily increased over 2021 thanks to public health messaging and vaccine deliveries.

When COVID-19 vaccines first arrived in Laos, people were reluctant to take them, as the country had only recorded about 100 cases. The government announced a lockdown to stop the spread of infection, but were urging people to get vaccinated as well.

The national rollout of vaccinations supported by the COVAX Facility in March 2021 with an initial batch was of 132,000 AstraZeneca vaccine doses, but uptake was low.

“I have received my first dose of Pfizer vaccine. I’m ecstatic that my body will be able to withstand this virus.”

At the time, a health official in Vientiane, Boanam Khamla, noted, “Only two or three elderly people have shown interest in the vaccination exercise. Such numbers are not good.”

President Thongloun Sisoulith spoke in a press conference in the nation’s capital and urged people, more so those at a greater risk of becoming infected, to line up and get vaccinated. He decided to lead by example.

“I’m urging my citizens to turn out and get these vaccines received through the COVAX Facility, as they’re tested and approved by international bodies. I, as the president, will receive my first dose today on live television to prove to my people that indeed, vaccination is paramount,” President Thongloun said. Uptake started increasing slowly, though the numbers were still low, despite the vaccines being provided free of charge through COVAX.

Cases on the rise

Later in 2021 though, cases shot to more than 20,000. The slow-paced vaccination rollout started gaining momentum. The government also continued to create awareness on the significance of getting vaccinated.

“Vaccination will help your immune system be more resistant to COVID-19. The virus will not withstand a vaccinated host, so it is critical to receive your dose,” Deputy Prime Minister Bounthong Chitmany advised at a press conference.

Meanwhile, a new package of Pfizer BioNTech vaccines arrived through the COVAX Facility.

“I have received my first dose of Pfizer vaccine. I’m ecstatic that my body will be able to withstand this virus,” said Sengphet Mahina, a resident of Luang Prabang, northern Laos.

“With remote provinces like Attapeu and Xekong, transportation is not easy,” says Phayvanh Souk, a clinical officer in Vientiane. “The roads are unreliable, and people have to travel long distances to reach health care facilities. Thus, vaccination in such areas is a bit problematic.”

Meanwhile, the government is mobilising to address these challenges as Prime Minister Phankham Viphavanh explains: “Measures have been put in place to ensure maximum vaccination against COVID-19. Roads in remote areas are under renovation. Vans with modern refrigeration systems have been purchased to ensure safe transportation of vaccines. In addition, volunteers are reaching out to people’s residences, temples, schools, etc. to spread the news about the importance of vaccination.”

As of the end of 2021, the vaccination rate in Laos was more than 45%, with the country pushing to increase it to at least 70% in the first part of 2022, with support from COVAX. 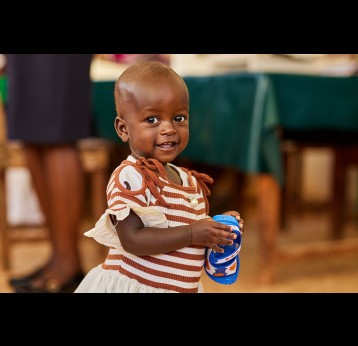