How accurate are lateral flow tests?

Will these rapid tests really allow us to lower our guard during the pandemic? 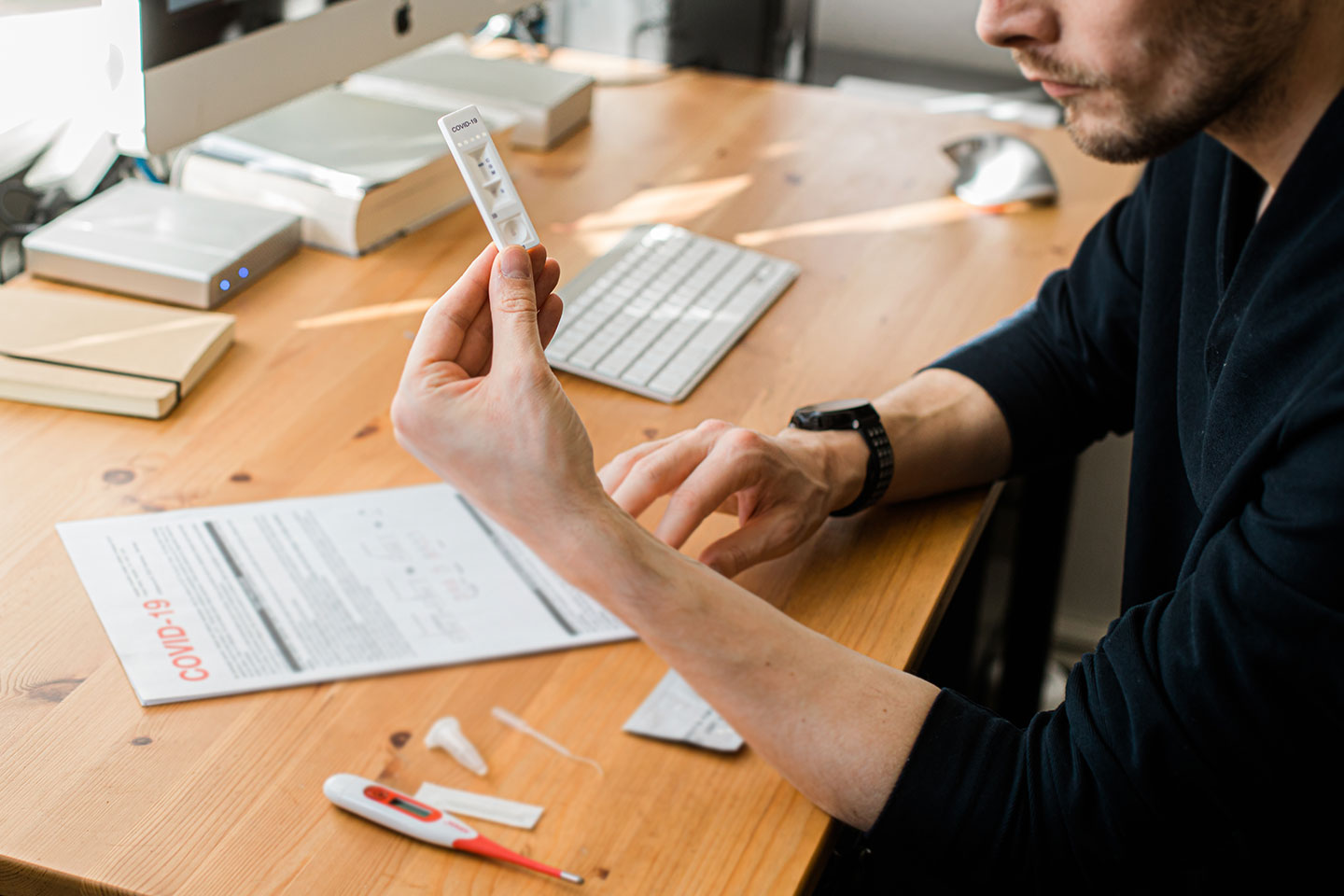 Lateral flow tests, which offer rapid results to see whether or not someone has COVID-19, are being put forward as a way to avoid self-isolation or to ensure it is safe to visit vulnerable people. By delivering results quickly they can allow people to engage in potentially risky behaviour given the high rates of transmission in many parts of the world.

Early in the pandemic most tests relied on either looking for the presence of viral DNA (PCR tests) or testing for antibodies to the SARS-CoV-2 virus that causes COVID-19, which can indicate if someone has been infected with the virus.

For COVID-19 tests, accuracy boils down to two things – sensitivity and specificity.

Towards the end of 2020, a new type of test started to become available, which looks for viral particles called antigens. One of the advantages of the tests was that they were quicker (providing results in 30 minutes compared with 24-48 hours for PCR tests) and easier to do, making them more appealing as a way of rolling out widespread testing.

One, made by Excalibur Healthcare Services, has become the first ever lateral flow antigen test in the United Kingdom to receive regulatory approval for use in mass screening for COVID-19 in asymptomatic, pre-symptomatic and symptomatic populations.

Reasons to be concerned

Prior to this, scientists were concerned that lateral flow tests were not as accurate as PCR tests, and according to the World Health Organization (WHO) had not gone through as stringent regulatory processes. This has already proven an issue in the UK, for example, with its plans to use another lateral flow test, the Innova antigen test, as part of mass testing in schools.

The Medicines and Healthcare products Regulatory Agency (MHRA) has told the UK government that it had not authorised the use of rapid lateral flow tests until now because they could give false reassurance to people who test negative.

Scientists writing in the BMJ have warned that the lack of accuracy of the Innova lateral flow test in particular could have far more risks than benefits. In a mass testing pilot study in Liverpool, more than 60% of people with COVID-19 went undetected. In Birmingham, a staggering 97% of people who tested positive on PCR testing were missed by Innova lateral flow tests.

What does accuracy really mean?

The performance of lateral flow tests can vary from manufacturer to manufacturer and from type to type, but in general, they work best on people with high levels of the virus. This tends to happen just before symptoms show up or in the first few days of illness, within the first 5-7 days of illness. People with lower levels of the virus have a high possibility of testing negatively on lateral flow tests, despite being able to transmit the virus.

For COVID-19 tests, accuracy boils down to two things – sensitivity and specificity. A test with high sensitivity will detect most people who have the virus, giving few false negatives. A highly sensitive test is particularly helpful for ruling out COVID-19. A test with high specificity will only identify those who have the virus as being positive, giving few false positives. A highly specific test is particularly helpful for confirming COVID-19.

A preliminary joint report in November 2020 from Public Health England and the University of Oxford found that the Innova test had a sensitivity of 79% when used by laboratory scientists, meaning that 21%, or one in five, would be false negatives. The false negatives went up to 27% when the test was used by trained healthcare staff, and up to 42% when used by members of the public.

This implies that if the average person took an Innova lateral flow test themselves, four out of ten times, they would show up as negative despite having the virus. The Innova test has a specificity of 99.68%, meaning that only 0.32% of people who didn’t have the virus showed up as positive.

The World Health Organization recommends that rapid diagnostic tests for SARS-CoV-2 must have at least a sensitivity of 70% and a minimum 97% specificity.

In contrast, Excalibur seems to perform much better. When tested by the Liverpool School of Tropical Medicine, among others, it showed a sensitivity of 96% (about the same as PCR tests) and a specificity of 100%.

The current 14-day quarantine requirement after contact with someone who has COVID-19 reduces transmission by 59%. But a new model published earlier this week in The Lancet Public Health suggests that lateral flow tests may allow more targeted isolation.

The model indicates that daily testing with lateral flow kits for five days after exposure to COVID-19 could potentially prevent a similar level (50%) of viral transmission as the 14-day quarantine, provided people self-isolate once they test positive. The researchers emphasise strongly that their findings need to be validated in a real-word context before being turned into policy.

Testing must be able to detect new strains

Despite the rollout of new rapid tests, the emergence of variants of SARS-CoV-2 could complicate testing even further. Even if tests reduce the spread of SARS-CoV-2 when combined with isolation measures, more transmissible variants could partially offset the benefits of those actions. As a result, even with testing, it’s not the right time in the pandemic to become any less vigilant about measures such as self-isolation, physical distancing, masks and hand hygiene.