Stories from the community
Routine immunisationGender

Educating men in Lagos about the importance of immunisations in protecting their children’s health is improving vaccine coverage. 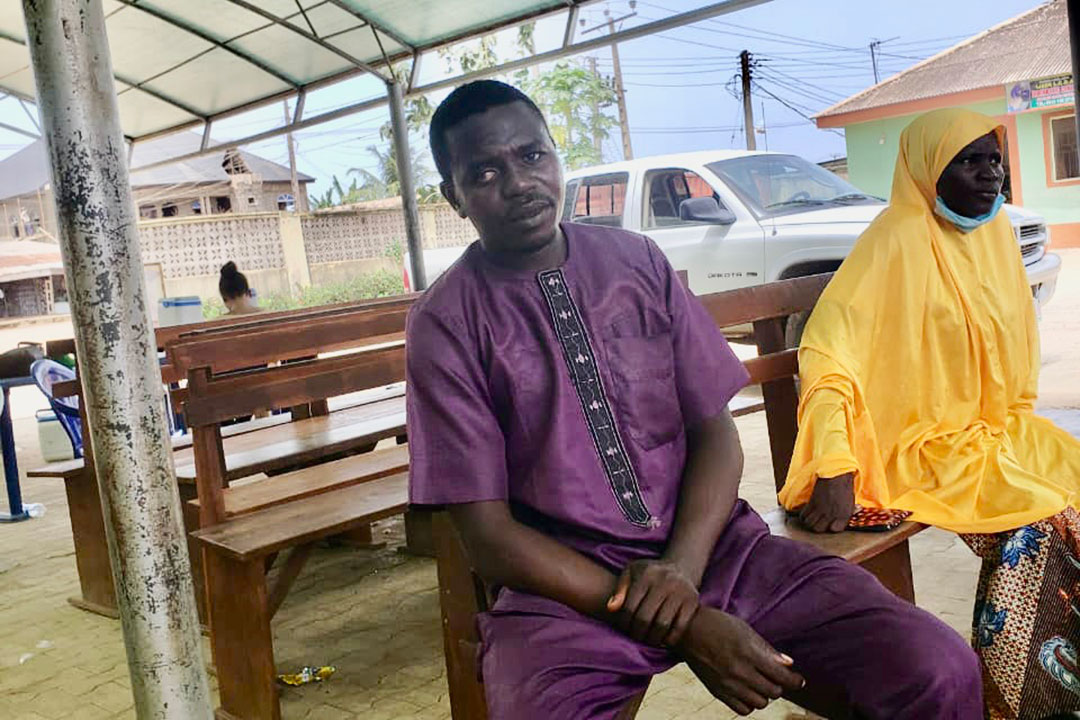 Growing up in the northern part of Nigeria, Zainab Abiodun Hassan saw how difficult it was for healthcare workers to get villagers to bring their children for immunisation. Hassan, the assistant director of community health services, Ijede Local Government Area in Lagos state, says that “while many mothers want their kids to get their routine immunisation, they need permission from their husbands, which isn’t always forthcoming.”

Hassan realised that it was the same situation in Lagos, and has made it her life’s mission to make sure that men are well educated in the importance of immunisation.

"From the time my wife was pregnant, I have been coming to the hospital with her. The first day we went to General Hospital Ikorodu for antenatal care, I met Nurse Olayinka, who spoke to me about immunisation. She showed me the area of the hospital where they give immunisation. She told me why important it is for my baby to be immunised."

“Gathering men in one place is very difficult. What has worked well over these years of doing community talks is going to where the men are. With a group of my colleagues, we regularly go to the motor packs, beer parlours, and football fields to speak to them. We then take their contacts and follow up to invite them to community dialogues where we talk about vaccines and the benefit of immunising children. I also make sure that I speak to them in their language. If I don’t speak their language, I have an interpreter,” Hassan adds.

Follow-through is important. “It doesn’t end with the talks. We regularly visit the communities to remind them of the dates and times for immunisation. I still make sure to organise door-to-door immunisation, which became easier because the men are already aware of the benefits of immunisation.”

Hassan shares the story of a man who had attended the talks and, when he went to apply for a visas for an upcoming trip, the embassy asked for his children’s immunisation card, which he immediately provided. Those who didn’t have were sent away. He has now become an immunisation ambassador in the community.

“Before the healthcare workers came to the motor park, I did not care much about immunisation. I did not know if it was good or not. After attending the talks, I realised that immunisation not only protects my baby from diseases but other children as well, and even saves me money because it reduces general medical costs. I even learnt about the COVID-19 vaccine. Little did I know that I will be at the forefront of preaching immunisation to my fellow men. Word is a new malaria vaccine is coming. I plan to volunteer and join Madam Hassan for her immunisation talks” Idris says.

Another health worker dedicated to educating men on the importance of routine immunisation is Elizabeth Olayinka John, a nursing officer at the general hospital in Ikorodu, Lagos.

She explains: “I noticed that we had a high number of defaulters. When I enquired, some women complained that their husbands do not approve of vaccination. I started speaking with men who come to the hospital, to explain the importance of immunisation.

“At first, they are often reluctant to engage,” she says. “I ask for their numbers and call and text them regularly, sharing information on the various vaccines and the diseases like measles, polio, and vitamin A deficiency. I emphasise the need to receive the complete immunisation doses.”

Gbenga Ayeni, a father of a young child, says, “From the time my wife was pregnant, I have been coming to the hospital with her. The first day we went to General Hospital Ikorodu for antenatal care, I met Nurse Olayinka, who spoke to me about immunisation. She showed me the area of the hospital where they give immunisation. She told me why important it is for my baby to be immunised. When my baby was born, I went straight to the immunisation area without delay. We will make sure we bring our baby until she completes her routine immunisation.”

For Nurse Olayinka, this is a passion and a calling. She says, with a smile on her face, “Sometimes It is sometimes difficult because I have to take from the money I earn to buy call cards to call and take from my time to talk to these men. Some are insulting and hang up, but that is not going to stop me. It is my calling. Vaccine saves lives. I will keep educating them, one man at a time.”