By understanding the circumstances that make viral evolution more likely, we stand a better chance of staying a step ahead. 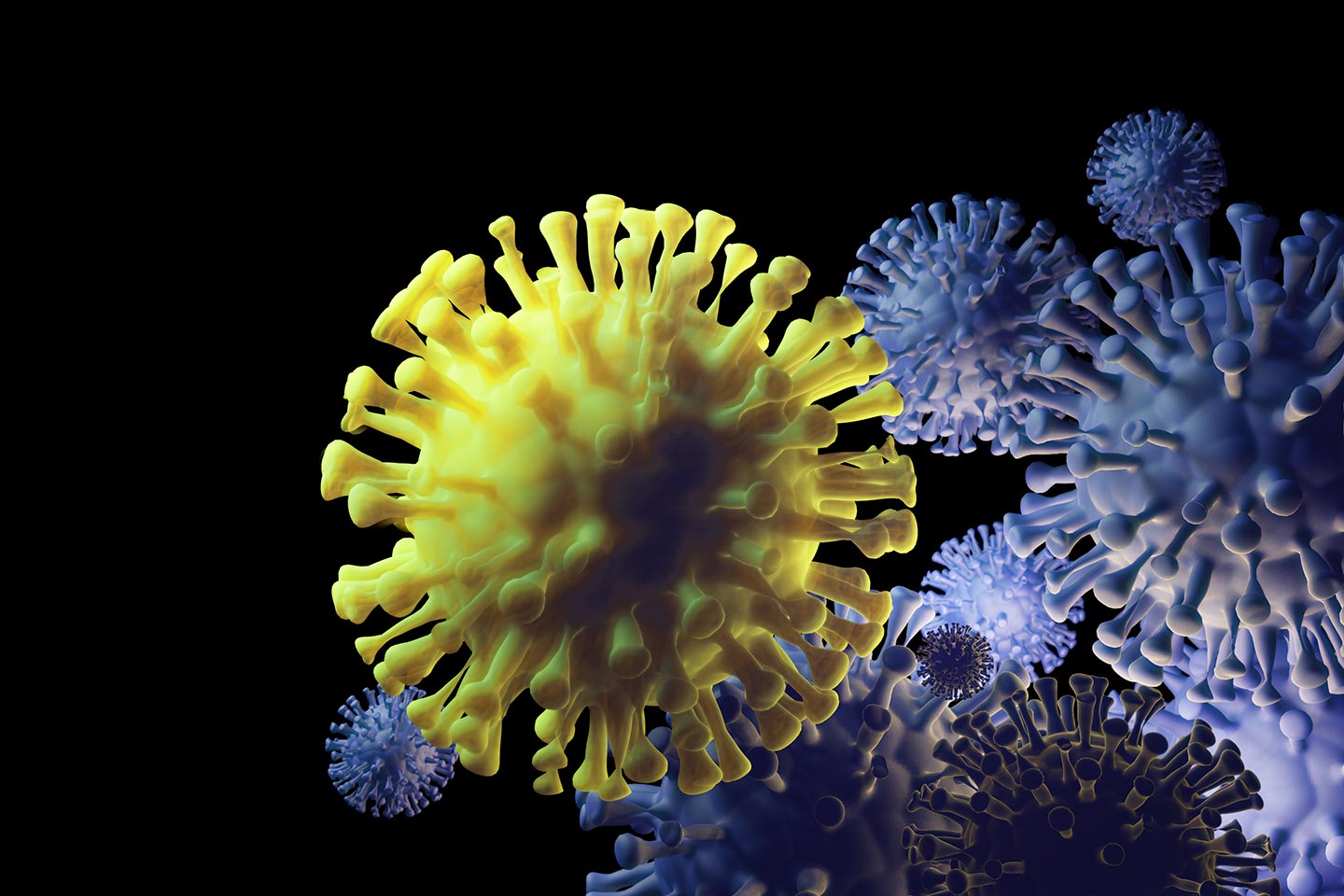 Viruses are constantly experiencing changes, or mutations, to their genetic material. Most of these are inconsequential, and many get repaired. However, occasionally a mutation arises that enhances the ability of a virus to replicate, transmit or evade our immune systems. Because viruses carrying such mutations are more successful, they tend to out-compete other viruses and spread through the human population.

The good news is that current vaccines still appear to provide a high level of protection against these variants.

All of the COVID-19 vaccines currently in late-stage clinical trials or approved for emergency use target the “spike” protein – the characteristic club-shaped surface protein that SARS-CoV-2 uses to gain entry to cells. This choice was based on experiments suggesting that immune cells readily generate antibodies against it, as well as observations that the virus transmits more rapidly than it evolves, suggesting a single vaccine candidate should remain effective against all circulating variants. This differentiates SARS-CoV-2 from influenza, which mutates more rapidly and therefore finds it easier to break free of the protective immunity triggered by vaccination.

However, as we’ve seen in recent months, variants of SARS-CoV-2 are emerging whose genetic mutations make them more transmissible, such as the B.1.1.7 variant first detected in the UK, the B.1.351 variant detected in South Africa and the P.1 variant identified in Brazil. All of these variants are now circulating in numerous other countries, and are rapidly becoming the dominant variants worldwide.

The good news is that current vaccines still appear to provide a high level of protection against these variants – even if it is lower than the protection afforded against the original variant that emerged in Wuhan, China in late 2019. The other good news is that many of the same mutations appear to be arising independently in the various new variants cropping up around the world, which makes SARS-CoV-2 more predictable than, say, influenza, and easier to develop new “booster” vaccines against, should the need arise.

Even so, the emergence of such variants is alarming when so much of the world’s population hasn’t yet been vaccinated. This is because the more the virus circulates, the greater the opportunity it has to mutate, which could eventually render the vaccines less effective. This is a key reason why rapid and equitable access to vaccines, no matter where in the world people live, is so important.

Understanding the circumstances that promote the evolution of new variants is also essential, as this could enable the development of health policies to reduce this risk. A commentary in Science last week, by Kevin D. McCormick of the University of Pittsburgh School of Medicine and colleagues, outlined a leading theory about the circumstances that make this more likely.

Viruses are more likely to evolve new mutations that are maintained in the population when they are transmitted to a new host - because this places greater evolutionary pressure on them to adapt to subtle differences in their new host’s biology – and they usually only undergo a mutation or two at a time.

However, more extensive viral evolution has now been reported in at least five individuals around the world – all of whom experienced a protracted infection because their immune systems were impaired from treatment for an autoimmune disease or blood cancer. Each patient also had at least one failed convalescent plasma treatment - where antibody-rich liquid blood from a COVID-19 survivor is infused into someone who is currently fighting an infection, to try and help them overcome it.

These reports preceded the detection of the B.1.1.7, B.1.351, and P.1 variants. We cannot know for certain whether these variants emerged in these individuals or others like them, but it is likely that the prolonged infection in immunocompromised people allows for a larger population of virus mutations to emerge in a single host. When this individual is then treated with a large dose of convalescent plasma, this creates strong selective pressure which allows for the new mutants to be selected for and outcompete the non-mutated variants.

Just as not completing a full dose of antibiotics may help to select for the strongest bacteria, the prolonged infection due to the host’s ineffective immune response, followed by the ineffective plasma treatment, could have selected for the survival of stronger viral variants.

“Because only a few SARS-CoV-2 mutations were in circulation during most of 2020, it is likely that the three major variants are the result of selective pressures and adaptation of the virus during prolonged individual infections and subsequent transmission,” McCormick and colleagues write.

Whether or not antibody therapy played a role, it is likely that the same variants or variants containing new mutations will continue to emerge because of such pressures, they add.

The best way to prevent this is by reducing the spread of SARS-CoV-2. Even if such variants do emerge, if they aren’t transmitted to new hosts they will eventually die out. A coordinated and comprehensive global vaccination and prevention strategy is therefore a necessity. “Partial roll-out and incomplete immunization of individuals leading to suboptimal titres [concentrations] of neutralizing antibody could promote selection of escape variants that negatively affect vaccine efficacy,” McCormick and colleagues write.

Ongoing testing and genetic sequencing of circulating viruses is also needed to detect new variants, and reduce their spread. The sudden emergence and spread of SARS-CoV-2 around the world is a stark warning of the potential for viruses to evolve and devastate our lives. We must do everything in our power to stop them.