Meningitis is fatal in up to half of cases when left untreated, but vaccines have almost entirely eliminated outbreaks of some of the causative bacteria in certain parts of the world. 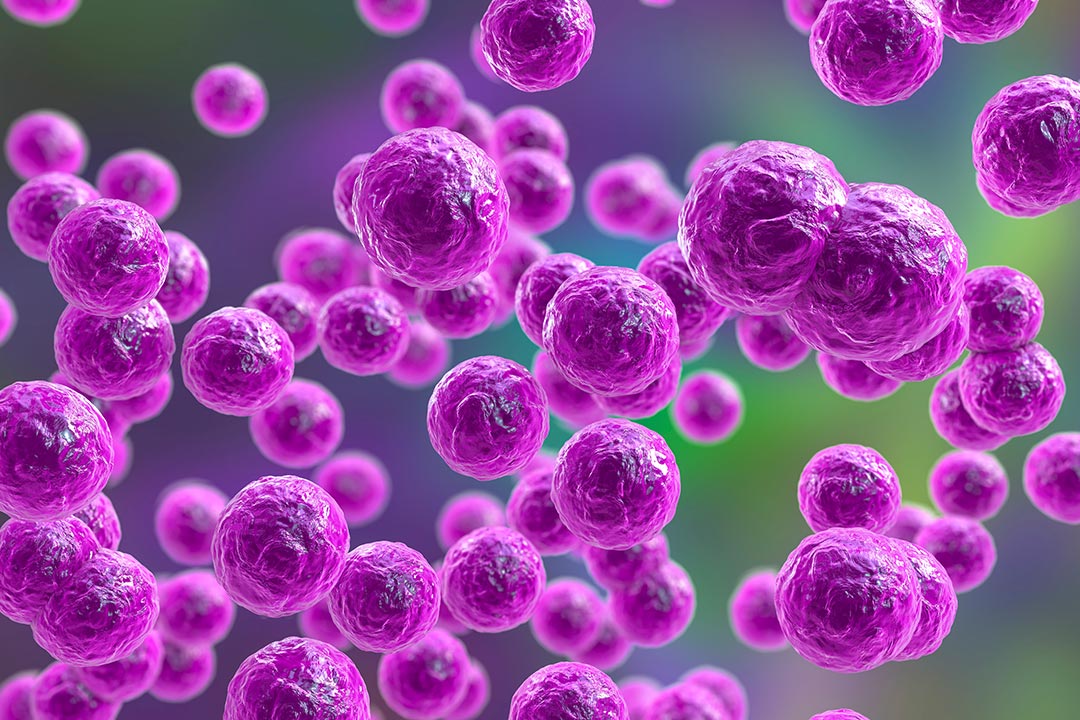 The idea of an infection that can creep in overnight and kill a previously healthy child within hours is every parent’s nightmare. For this reason, meningitis remains one of the most feared diseases in sub-Saharan Africa. In Western countries too, parents have been conditioned to respond to childhood rashes with a hurried search for a glass to press against them: The classic pinprick rash of meningitis doesn’t usually fade under pressure and should be treated as a medical emergency.

One reason bacterial meningitis has proved so difficult to combat is because it is caused by many different types of bacteria. Although effective vaccines exist against some of them, there is still no universal vaccine to prevent the disease.

Meningitis is an infection of the meninges, the thin lining that surrounds the brain and spinal cord. In some cases, the bacteria responsible for causing this infection can also trigger septicaemia or sepsis, the medical term for blood poisoning, which is what causes the rash – although not every patient develops one. Meningitis can also be triggered by viruses, fungi or parasites, but bacterial meningitis is a particular problem, because it is relatively common and tends to be more deadly.

One reason bacterial meningitis has proved so difficult to combat is because it is caused by many different types of bacteria. Although effective vaccines exist against some of them, there is still no universal vaccine to prevent the disease, and progress in the fight against meningitis has lagged behind that of many other vaccine-preventable illnesses. The recent publication of a global roadmap for defeating meningitis by 2030 has reinvigorated efforts to close this gap, but the challenges remain enormous.

From harmless to harmful

While these bacteria usually lead a relatively harmless existence in our bodies, the problem comes if they break through our defences, pass into the bloodstream, and infect the meninges – triggering inflammation that puts pressure on the brain. Some of them may also trigger sepsis – an overwhelming immune response to disseminated infection that can lead to tissue damage, organ failure, and death – while S. pneumoniae is also the leading cause of pneumonia, which kills more children each year than any other disease.

Bacterial meningitis can affect anyone, living anywhere in the world, but it is more common in babies and young children, whose immune systems aren’t fully developed, and in teenagers and young people. People living in a region of sub-Saharan Africa known as the African Meningitis Belt, are at particularly high risk of meningococcal meningitis, due to persistently high levels of bacteria carriage and infection and hot, dry, and dusty conditions between December and June. This can irritate the lining of people’s airways and make it easier for those bacteria to break into the bloodstream and travel to the meninges.

Although the ancient Greek scholar Hippocrates described a patient with inflammation of the lining of the brain, the first major recorded epidemic of meningitis occurred in Geneva, Switzerland, in 1805.

Because it is caused by so many different organisms, the incubation period between exposure and developing symptoms of meningitis can vary from two to up to ten days. These symptoms can include the sudden onset of fever, headache, or a stiff neck, as well as nausea or vomiting, feeling drowsy or confused, or developing a sudden dislike of bright light. In some, but not all, cases people will develop a rash, caused by bacterial toxins damaging blood vessels and causing blood to leak into the surrounding tissue. A rash is particularly common in those with meningococcal meningitis and usually starts as small, red pinpricks that quickly spread and turn into red or purple blotches that don’t fade in response to pressure.

Babies with meningitis might be irritable, refuse to feed and be sleepy or hard to wake up. They also may have a fever or the soft spot on the top of their head (fontanelle) may bulge out.

Bacterial meningitis is serious, with about one in ten people who get a severe case of this type of meningitis dying – sometimes within a few hours of developing symptoms. Around one in five develop severe complications, such as hearing or vision loss, epilepsy, problems with memory, concentration, movement or balance, loss of limbs, or bone, joint and kidney problems. Globally, an estimated 2.5 million cases of meningitis occur each year, resulting in approximately 250,000 deaths.

Although the ancient Greek scholar Hippocrates described a patient with inflammation of the lining of the brain, the first major recorded epidemic of meningitis occurred in Geneva, Switzerland, in 1805. Further epidemics were reported in Europe, North and South America, Africa and western Asia throughout the 19th century, killing 69% to 100% of those who developed symptoms.

In 1875, a doctor called Theodor Klebs identified bacteria in the cerebrospinal fluid of patients who died from the disease – a finding subsequently confirmed by other scientists – and in 1891, doctors began treating patients with lumbar puncture, where a needle is inserted into the spinal column to withdraw some of the fluid with the aim of reducing pressure on the brain and spinal cord and reducing the bacterial load.

Experiments at the start of the 20th century laid the foundations for modern vaccines against meningitis, demonstrating that blood serum from infected horses could be used to treat patients with meningococcal disease. The discovery of penicillin in 1941 marked another landmark in the fight against meningitis, and remains a mainstay of treatment today, although it doesn’t always act fast enough to prevent the damage caused by the bacteria, making prompt diagnosis and treatment essential.

Vaccines have had a huge impact. Before the introduction of the Men A vaccine, serogroup A accounted for 80–85% of meningitis epidemics in the 26 countries located in the African Meningitis Belt. As of April 2021, 24 of these countries had conducted mass vaccine campaigns, and incidence of serogroup A meningitis had declined by more than 99%.

In learning how to train the immune system against the bacteria that cause meningitis, scientists discovered that immune cells respond better to complex sugars – called polysaccharides – on the surface of these bacteria than they do to bacterial proteins. Even better is if that polysaccharide is joined, or “conjugated”, to a protein from a different type of bacteria, that triggers a strong immune response. So, the development of conjugate vaccines marked a significant breakthrough in meningitis prevention.

First to be licensed was the Hib vaccine in 1987, which was introduced to many countries during the 1990s. Various preparations of the vaccine are now available, both to prevent Hib alone, and as combined vaccines that also prevent other diseases, e.g. the pentavalent vaccine that protects against Hib, diphtheria, pertussis, tetanus, and hepatitis B. In countries that have introduced routine vaccination against Hib, rates of severe infections have decreased by more than 90%.

Together, these vaccines have had a huge impact. Before the introduction of the Men A vaccine, serogroup A accounted for 80–85% of meningitis epidemics in the 26 countries located in the African Meningitis Belt. As of April 2021, 24 of these countries had conducted mass vaccine campaigns, and incidence of serogroup A meningitis had declined by more than 99%.

However, challenges remain. Continued high coverage of Men A vaccination is critical to avoid the resurgence of this disease. A new hyper-invasive strain of meningitis C is currently spreading across west Africa, increasing the risk of outbreaks, and there is still no widely availablevaccine against serogroup X meningococcus – although the Serum Institute of India is developing a pentavalent vaccine that will cover serogroups A, C, W, Y and X.

If the number of meningococcal serotypes sounded overwhelming, pneumococcus is even worse.  It has more than 97 different serotypes, 23 of which are responsible for the most disease. Currently, there are two different conjugate vaccines in use that protect against ten or 13 of these serotypes. Others are in development.

A polysaccharide vaccine against all 23 serotypes also exists, but is considered less effective than the conjugate vaccines, and is mostly used to protect elderly people against pneumonia, rather than to prevent meningitis.

Infections with group B streptococcus (GBS) are responsible for around 150,000 infant deaths each year, more than half a million preterm births and are a significant cause of long-term disability. It has ten different serotypes, with 1a, 1b, II, III, IV and V causing the most disease.

Several vaccine candidates are in development – for both mothers and babies – but none are yet available.

The development of new affordable vaccines and high vaccination coverage for both these and existing meningitis vaccines form part of this plan. However, there are other challenges. Meningitis is fatal in up to half of patients, if left untreated, and antibiotic treatment must be started as soon as possible to be effective – but antimicrobial resistance is a growing threat. In 2017, the WHO published a list of 12 types of bacteria for which new antibiotics were the most urgently needed – including Streptococcus pneumoniae and Haemophilus influenzae. Others on the list, such as Salmonellae, Staphylococcus aureus, and Enterobacteriaceae, can also cause meningitis and sepsis.

Great progress has been made in the fight against bacterial meningitis, but huge and continued efforts are needed to defeat this leading cause of childhood disability and death.