Review: Salt in My Soul

Mallory Smith died at 25 with cystic fibrosis, of an antibiotic-resistant bacterial infection. Amid rising rates of AMR, the elegiac sadness of her memoir-in-film feels like a warning. 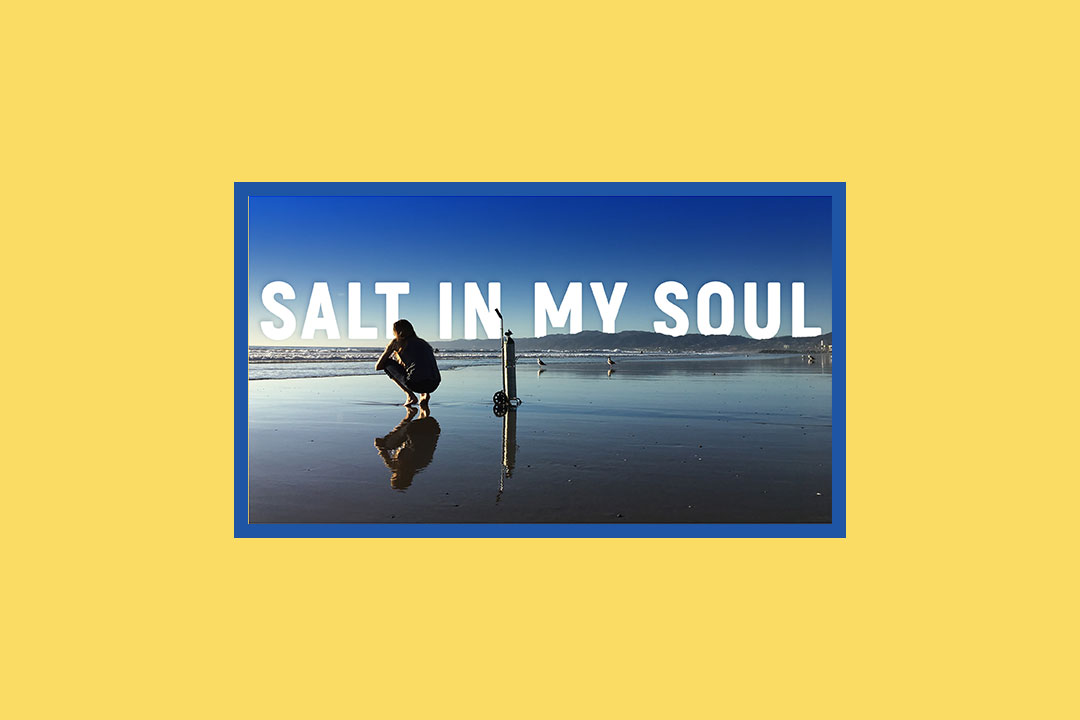 Salt in My Soul

Mallory Smith’s mother, Diane, was pregnant when Mallory was three, but an abnormality was discovered – the unborn sibling had cystic fibrosis, a genetic condition that causes long-lasting lung infections, progressively damaging the respiratory system.

Doctors recommended termination. It was cruel, they suggested, to bring into the world a child whose life expectancy would be just 18 years. The following week, Mallory received the same diagnosis. In her case, the physicians were bullish: there was every chance that a cure would be found before she reached adulthood. She might not only survive cystic fibrosis, but outlive it.

This is not a story about the great things brilliance and extraordinary effort almost achieved, but yet another story about lives lost unnecessarily to a skewed system that would do better to orient itself towards ordinary vulnerability.

These two unlived futures – the one foreclosed on, and the one disencumbered by the heroic forward surge of medicine – are ground-markers for Salt in My Soul, a new documentary released yesterday on Apple TV. Mallory’s story, full of the pathos of a losing race run at courageous full tilt, is a truncated dash between them – her memoir, on which the film is based, was published posthumously and subtitled An Unfinished Life. She died aged 25 in 2017.

In 2004, when she was 12, Mallory’s prognosis was complicated by the discovery that a bacterium called Burkholderia cenocepacia had colonised her lungs. A low-risk pathogen in healthy people, in people with CF it can be catastrophic.

The faulty gene that causes CF disrupts the way that salt and water move in and out of the lungs, causing a build-up of sticky mucus that offers germs a dangerously comfortable breeding ground. B. cenocepacia is particularly threatening because it is highly resistant to antibiotics. Eliminating the new infection was unlikely. Instead, it would be kept in faltering check by increasingly inadequate therapies and increasingly impotent drugs. By 2016, the antibiotics would stop working altogether.

There’s something bizarre and claustrophobic and exhausting about watching a vigorous young person sink under a slow, incurable bacterial attack, kind of like watching a shackled person drown in a bathtub. We’re so used to having good drugs against infections, but B. cenocepacia is far from the only pathogen that eludes our apparently flagging traditional medical defences.

A recent article published in The Lancet estimated that an alarming 4.95 million deaths in 2019 were associated with bacterial AMR, of which 1.27 million were attributable to bacterial AMR. It’s worth briefly noting that the researchers found that AMR was a “particularly serious problem for some of the poorest countries in the world”, gesturing at global structural injustices that lie well beyond the scope of Salt in My Soul, an intimate and specifically American elegy.

We see that keeping Mallory out of hospital is a team sport: her mother handles the medical admin, the insurance companies, and is an engine of relentless, sometimes brutal optimism (“no pity parties”). As the antibiotic bridges burn, her father scours new research for options, emailing a Harvard professor to ask, at one point, whether pig lungs could work in place of a scarce human transplant.

Mallory, meantime, labours at virtuosity as if achievements could unlock more time. She’s an athlete, a sunny presence, a great friend, a Stanford graduate. The camera studies her image – tan, blond, slender, strong, six feet of conventional physical excellence – with a kind of emphatic disbelief. Not this girl, it seems to say.

But that’s not how illness works, so finally, in a not-quite-reckoned-with rout of the strident can-do American individualism that places its faith above all in the vanquishing power of working harder than anyone else, and which is really the ethic of the film, Mallory’s extraordinary personal resources are spent.

Except, the film insists, it almost worked. Just before the end, her father and some scientists he has virtually doorstepped manage to get Mallory on an experimental and rarely-tried phage therapy. Phages – or bacteriophages, meaning bacteria-eaters – are viruses. In certain cases, they have been deployed to save people from AMR-resistant bacterial attack. For Mallory, it came too late. But her autopsy proved the therapy had begun to make headway against the B. cenocepacia that killed her.

Her case – and the energies of her indefatigable parents – appear to have reinvigorated scientific interest in the clinical utility of phages. That’s clearly important and valuable. But in the film’s slightly myopic framing, it seems to constitute above all a legacy – that is, a success – and maybe even a vindication of a life, which seems a sad way to tell this story, and struck me as indicative of an unnecessary fixation on pre-eminence, on extraordinariness.

That emphasis pulls focus from the structural tragedy that actually explains why it was so hard to get Mallory the treatment she needed when she needed it. Phages, Mallory’s dad explains in passing, are not a new technology, just one that has been hard to mainstream because, being naturally occurring, they can’t be patented and are therefore pretty much uninteresting to pharmaceutical companies.

Surely, then, this is not a story about the great things brilliance and extraordinary effort almost achieved, but yet another story about lives lost unnecessarily to a skewed system that would do better to orient itself towards ordinary vulnerability.

Salt in My Soul is streaming now on Apple TV, Google Play and other services. Find out more here.