The science behind COVID-19
COVID-19COVAXVideos

How did scientists manage to develop safe COVID-19 vaccines in just ten months?

The COVID-19 vaccines currently rolling off production lines have been developed faster than any other vaccine against a new disease in history. How have scientists achieved this incredible feat? And could the lessons learned enable more rapid development of future vaccines as well? 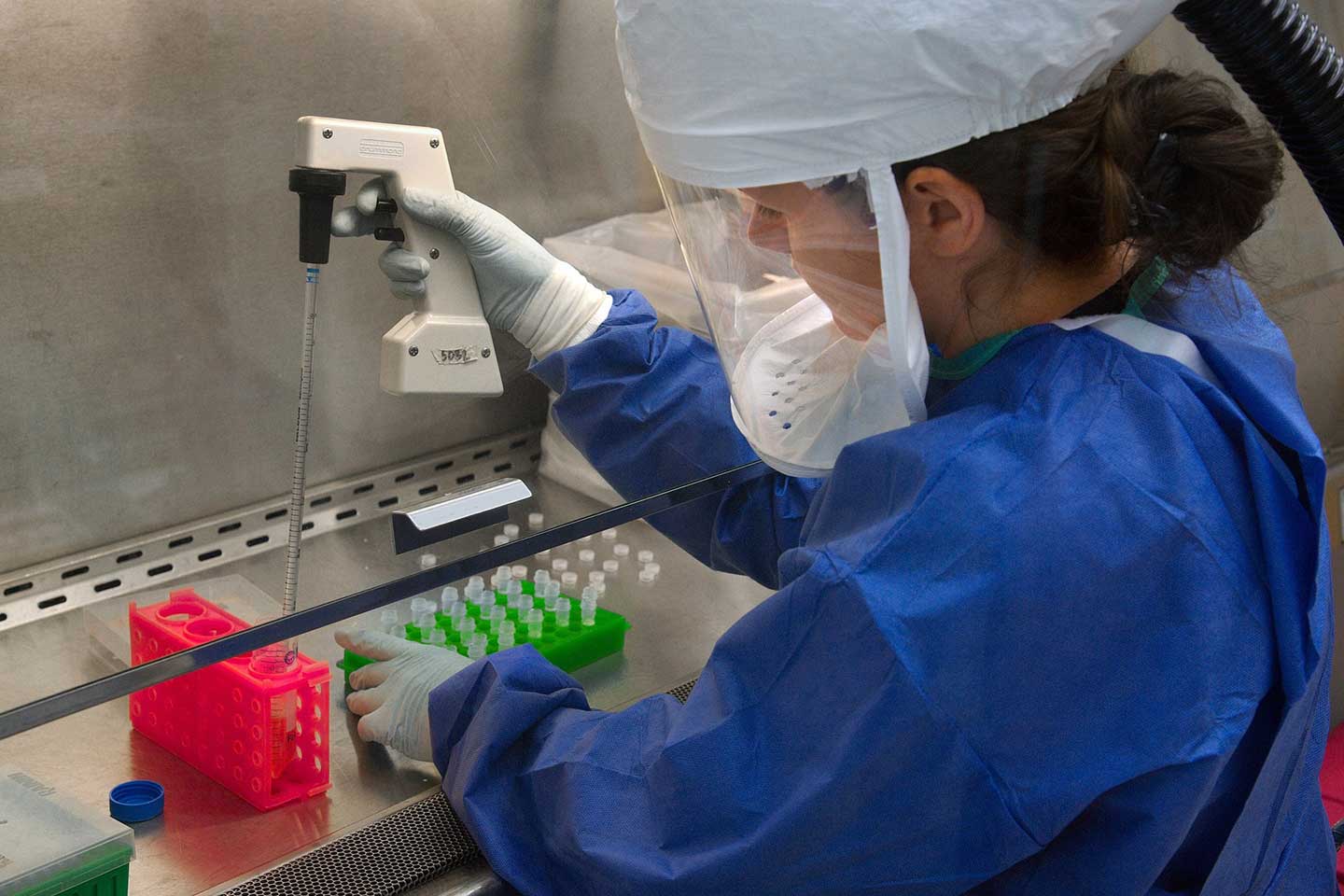 How did scientists manage to develop safe COVID-19 vaccines in just ten months?

Before COVID-19, it often took a decade or longer to develop and make a vaccine widely available to the public, although the first polio vaccine developed by Jonas Salk took only six years, and more recently, a vaccine against the Zika virus took only 6.5 months from its inception to human testing. H1N1 pandemic influenza vaccines also became widely available within 6 months of the start of the 2009 pandemic. Even so, the COVID-19 vaccines currently in late-stage clinical trials, or being rolled out in some countries, have been developed in less than twelve months. Some people are understandably concerned about the speed of this achievement, but although some efficiency savings have been found in the vaccine development processes, this doesn’t mean that vaccine safety has been compromised. Rather, an unprecedented combination of political will, global collaboration and good fortune have got us here this quickly.

Such is the global demand for safe and effective vaccines against COVID-19 that public and private cash has poured into efforts to develop and manufacture them. For instance, through COVAX – a global collaboration involving 190 countries and economies – governments have shared some of the financial risks associated with the scale-up and manufacturing of large volumes of vaccines before they are licensed. Such funding has given vaccine researchers the resources they need to do clinical science, quickly advancing from clinical to later stages of research, and vaccine manufacturers the confidence to scale-up manufacturing capacity far sooner than they normally would.

The COVID pandemic has demonstrated that it is possible to develop, test and review multiple safe and effective vaccines against a new disease in less than a year.

The use of platform technologies like messenger RNA and vector vaccines has also facilitated rapid development of COVID-19 vaccines. Both the Pfizer/BioNTech vaccine and several of those in phase 3 clinical trials, including the Oxford University/AstraZeneca vaccine are ‘plug-and play’ systems, where once a suitable antigen (a molecule that triggers an immune response) has been identified, its DNA or RNA sequence can be dropped into a pre-validated platform – in this case, into a piece of RNA or the genome of a disabled common cold virus – to create a vaccine candidate.

When injected into our bodies, these delivery vehicles pass the genetic instructions to the protein-making machinery in our cells, which then make the antigens, triggering an immune response.

The fact that these technologies were already being developed for other viruses undoubtedly helped. Not only did it mean prototype vaccines could rapidly be developed, and that some safety data on these types of vaccines already existed, it meant existing production processes could be piggy-backed, speeding up production and reducing costs.

Identifying a suitable antigen to trigger an immune response is a crucial step in this development process that all subsequent steps depend on. Such antigens could include components found on the external shell of viruses, or other viral proteins which may also be packaged up in ways that make them seem more interesting to the immune system. Once promising antigens are identified, these are tested in animals to investigate their safety and ability to trigger a strong enough immune response. These first two steps alone can last 5-6 years.

Yet, in the case of some of the new RNA vaccines, the first COVID-19 antigens were mapped out within hours of the coronavirus genome being made public by Chinese scientists. The sharing of information about antigens from related coronaviruses that cause SARS and MERS also helped, and together these insights may have saved years.

The next stage of vaccine development is human trials, which usually proceed sequentially, starting with phase 1 safety trials in a small number of people, followed by phase 2 trials in larger groups, and finally phase 3 trials, involving thousands or tens of thousands of people. Going through all of these phases can take up to a decade, not because it needs to, but because of delays caused by writing grant applications, obtaining regulatory approval for trials, negotiating with manufacturers and recruiting trial participants. However, in the case of the COVID-19 vaccines these trials have overlapped, speeding up the process. Social media and keen public interest in COVID-19 has also made it faster and easier to recruit trial participants.

Running clinical trials almost in parallel has also allowed researchers to learn as they go, adding different risk groups along the way to build a more complete profile of how effective the vaccines will be across different demographics. Also, the involvement of trial sites in many different countries has allowed researchers to ‘follow the virus’ to some extent, recruiting more volunteers from areas where the virus is currently raging, which means less of a wait to find out how effective a vaccine is.

Clinical trials can also take a long time if a disease is rare because in that case it takes more time to be able to determine if the vaccine recipients were less likely to develop a disease than the people who did not receive the vaccine. For example, for years a major stumbling block for testing Ebola vaccines was the small number and size of Ebola outbreaks, that is until the 2014-2016 west African Ebola outbreak. The large number of cases of COVID-19, including in countries with extensive infrastructure to conduct randomised clinical trials, has been a tragedy for humanity but has also accelerated testing of the vaccines that will help to bring this crisis to an end.

Because the regulatory approval process is expensive and risky for companies, and regulatory agencies require detailed and extensive data on vaccines to approve them, companies must usually wait for all the data about a vaccine to accumulate before submitting it in one go. However, because of the health emergency, many regulatory agencies have introduced a process of ‘rolling review’ for COVID-19 vaccines, allowing data to be submitted and assessed as it becomes available, rather than waiting. The idea is to enable an opinion to be reached sooner about whether a drug or vaccine should be authorised.

Given that a single manufacturing plant can cost in excess of half a billion dollars and that even once a vaccine candidate reaches clinical trials, it still has less than a one in five chance of succeeding, manufacturers are understandably cautious about making such significant investments, until they are certain they have a licensed and marketable product. However, putting off the construction or scaling-up of vaccine manufacturing plants, and strengthening the supply chains needed to deliver them to every corner of the globe creates additional delays which could cost lives. By sharing some of this risk with manufacturers, Gavi and its COVAX partners, the Coalition for Epidemic Preparedness Innovations and the World Health Organization, have enabled manufacturers to hit the ground running, which means people in all countries should get access to lifesaving vaccines sooner.

A key element underlying all of these advances is that everyone involved with developing, testing, evaluating and reviewing COVID-19 vaccines has made that work their top priority. Competing priorities can be challenging at all stages of taking a new vaccine from being an idea, to a safe and effective product ready to be administered to the general public. COVID-19 vaccines are an excellent example of what can be done when a very large number of people make accomplishing a common goal their top priority.

The COVID pandemic has demonstrated that it is possible to develop, test and review multiple safe and effective vaccines against a new disease in less than a year. To have ended up with such encouraging efficacy results from more than one vaccine candidate puts us in an extraordinarily promising position, both in terms of ending the pandemic and developing vaccines against other diseases – including future pathogens which could be the source of the next pandemic. But only if we remember the lessons learned during this extraordinary period.