200,000 girls in Senegal to be protected this year against cervical cancer 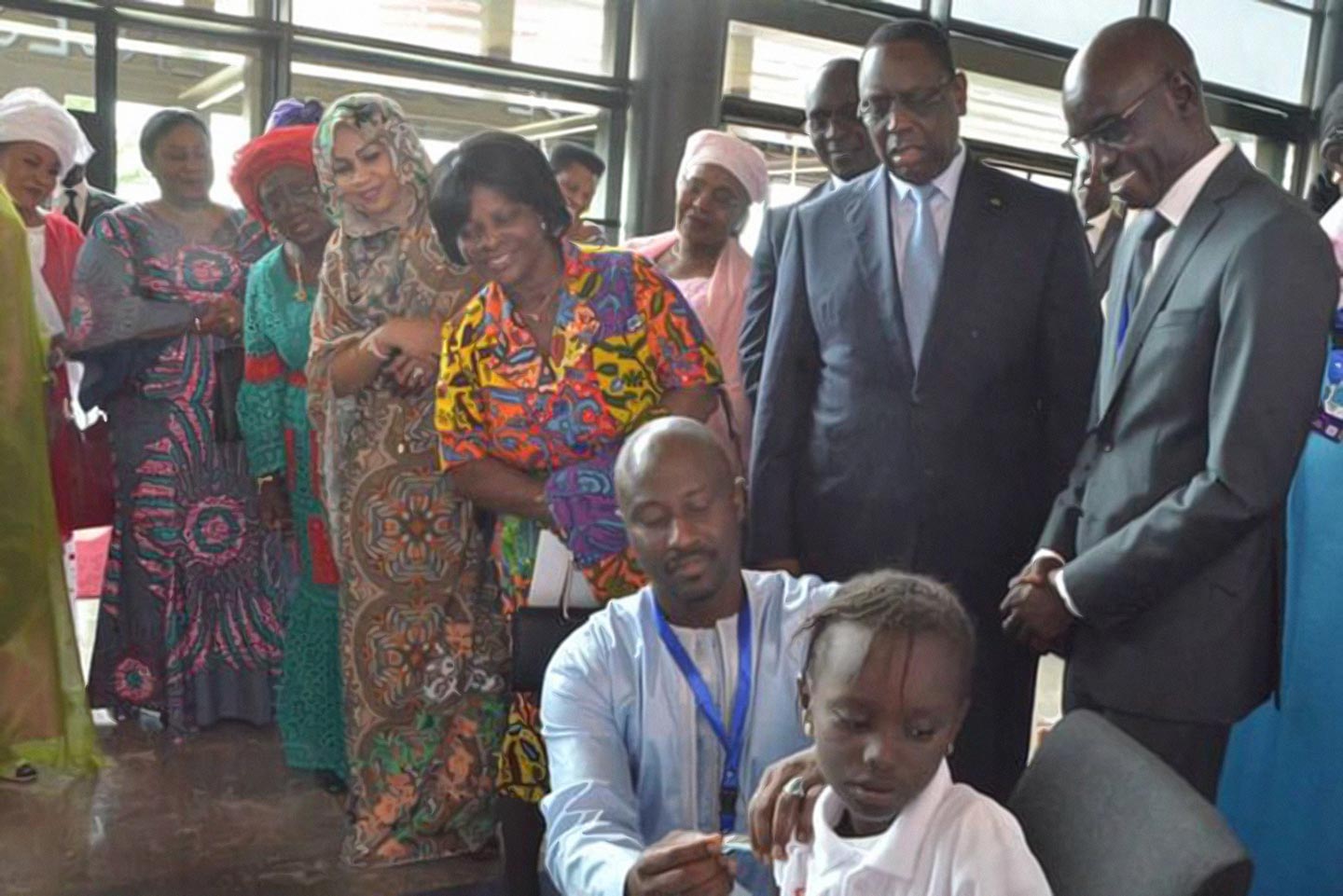 Dakar, 31 October 2018 - The human papillomavirus (HPV) vaccine, which protects against cervical cancer, was introduced into Senegal’s national routine immunisation programme today by Senegal President Macky Sall. The first vaccine was delivered during a high level event attended by the First Lady of Senegal and 14 other First Ladies from the African continent.

The vaccines, funded by Gavi, the Vaccine Alliance and the Government of Senegal, will reach close to 200,000 nine-year-old girls across the country this year and a further 900,000 girls aged 11-14 years next year. UNICEF, WHO and partners will work on implementation alongside the Senegal Ministry of Health and Social Welfare and the Ministry of National Education.

With the support of our donors, Gavi has helped to immunise over 1.5 million girls against cervical cancer in the past three years, but this is only a start as most girls in developing countries remain unprotected. The global health community urgently needs to work together to accelerate universal uptake of this lifesaving vaccine.

“Cervical cancer is the leading cause of female cancer death in Senegal and is one of the largest killers of women in the world’s poorest countries,” said Dr Seth Berkley, CEO of Gavi, the Vaccine Alliance. “The greatest tragedy is that the vast majority of cases are entirely preventable. Routine immunisation with HPV vaccine could stop hundreds of thousands of needless deaths. With the support of our donors, Gavi has helped to immunise over 1.5 million girls against cervical cancer in the past three years, but this is only a start as most girls in developing countries remain unprotected. The global health community urgently needs to work together to accelerate universal uptake of this lifesaving vaccine.”

Senegal is the first Gavi-supported country in West Africa to introduce HPV vaccine into its routine immunisation programme. According to the World Cancer Research Fund, Senegal’s cervical cancer rates are among the 20 highest in the world. Over 1,200 women die from the disease in the country every year.

“By offering immunisation against HPV infection which affects vulnerable women more considerably, the Government of Senegal is demonstrating its commitment to equity, offering a brighter future for the health of its girls,’’ said Laylee Moshiri, UNICEF Representative in Senegal. “This initiative provides an excellent opportunity to create stronger collaboration between the Health and Education sectors in their work for and with adolescents, especially girls,’’ she said.

According to WHO, prevention of cervical cancer, which accounts for 84% of all HPV-related cancers, must remain the main objective of HPV vaccination. Vaccinating young girls before they first engage in sexual intercourse is the best way to achieve this goal. Immunisation combined with regular screening in women over age 30 for precancerous lesions followed by adequate treatment are vital tools to prevent the 570,000 new cervical cancer cases diagnosed every year. At a minimum, screening is recommended for every woman aged 30 to 49 at least once in a lifetime. With an estimated 311,000 deaths in 2018 worldwide, cervical cancer ranks as the fourth leading cause of cancer death in women.

Gavi, the Vaccine Alliance began supporting the roll-out of HPV vaccine to low and lower-middle income countries in 2013 as well as supporting health systems to help deliver the vaccine. Since then it has helped governments in 30 developing countries run demonstration projects and is now supporting introduction into routine immunisation programmes with the objective to reach 40 million girls by 2020.