Attack on health facilities puts all Syrian children at risk

UNICEF has reported that ongoing violence in al-Mayadeen district has destroyed the only cold room in the region, containing over 100,000 measles and polio vaccines. Other vaccines, equipment and syringes were also destroyed in the attack. Immunisation to protect the region’s most vulnerable children will be delayed as a result.

“Attacking medical facilities and destroying vaccines amount to an attack on all children in Syria, putting thousands of lives at risk,” said Dr Seth Berkley. “The destruction of these vaccines will hamper efforts to curtail a growing polio outbreak and to protect children against measles, one of the world’s most infectious diseases. Health workers and medical facilities are not a target. Children are the future of the country and therefore deserve our support. We will continue to work with our partners to ensure they receive it.”

Last December Gavi took the decision to supply vaccines to Syria, channelling support through partners including UNICEF, WHO and civil society organisations, aligned with the Syrian Humanitarian Response Plan (SHRP). Partners are aiming to immunise around three million children under the age of five across the country, where basic vaccine coverage has dropped to around 40% compared to over 80% before the war. 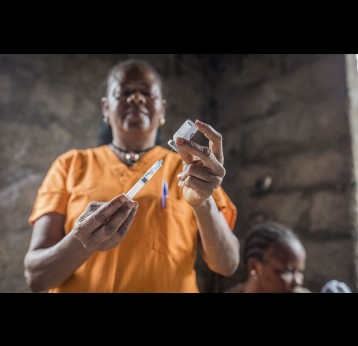