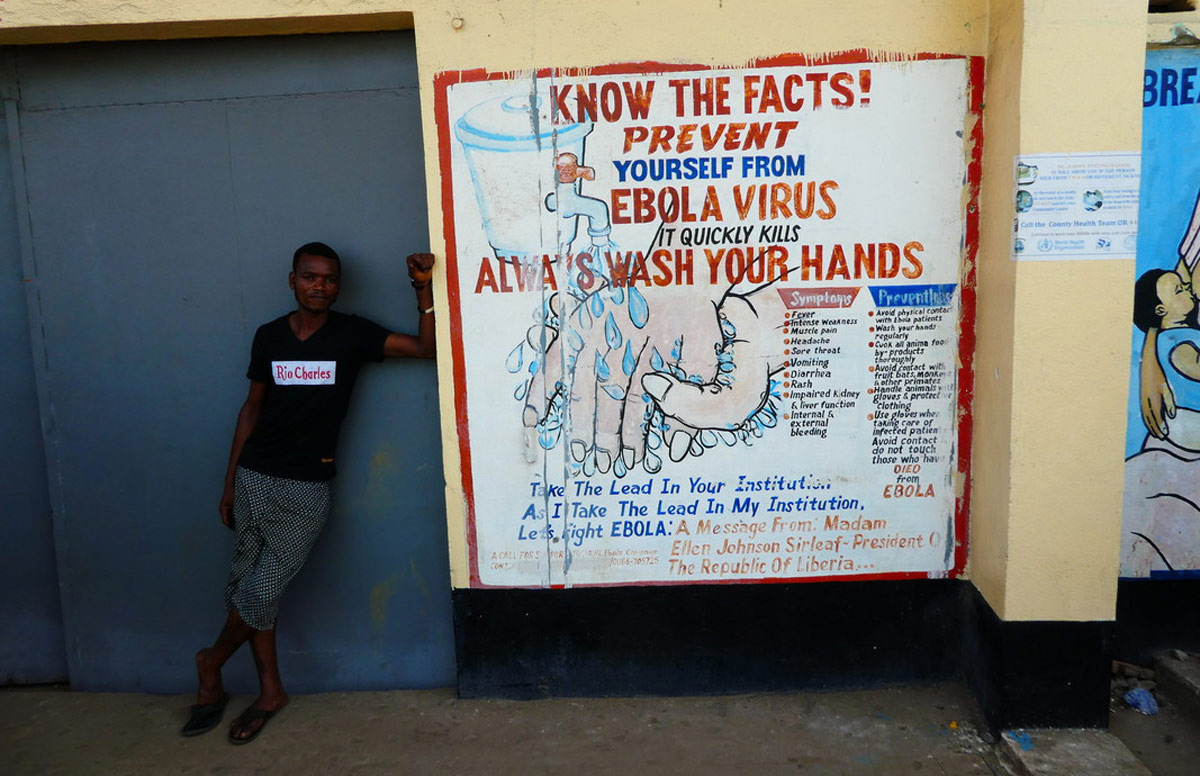 Davos, 20 January 2016 – Gavi, the Vaccine Alliance and Merck Sharp & Dohme Corp., a subsidiary of Merck & Co., Inc. (known as MSD outside the U.S. and Canada) have signed an agreement to support the provision of a vaccine to protect against future deadly Ebola outbreaks. The agreement, announced today at the World Economic Forum in Davos, will help Merck take the vaccine through licensure and WHO prequalification.

Under the Advance Purchase Commitment, Gavi has provided US$ 5 million towards the development of Merck’s rVSV∆G-ZEBOV-GP live attenuated Ebola Zaire vaccine, on the understanding that it will be submitted for licensure by the end of 2017. If approved, it would become one of the world’s first licensed Ebola vaccines and Gavi would be able to begin purchasing the vaccine to create a stockpile for future outbreaks.

Additionally, Merck will ensure that 300,000 doses of the vaccine are available from May 2016 for use in expanded use clinical trials and/or for emergency use as needed while vaccine development continues. Merck has already submitted an application through WHO’s Emergency Use Assessment and Listing (EUAL) procedure. If the EUAL is approved, this will provide an opportunity for the investigational vaccine to be used if another public health emergency with Ebola occurs before the vaccine is licensed.

“The suffering caused by the Ebola crisis was a wake-up call to many in the global health community,” said Gavi CEO Dr Seth Berkley. “New threats require smart solutions and our innovative financing agreement with Merck will ensure that we are ahead of the curve for future Ebola outbreaks.”

“We are very pleased to join with Gavi in announcing this Advance Purchase Commitment agreement to support the provision of MSD’s investigational monovalent Ebola Zaire vaccine - in case of a resurgence of the Ebola outbreak or a new outbreak,” said Dr Julie Gerberding, executive vice president, Strategic Communications, Global Public Policy and Population Health for Merck. “We applaud Gavi for this bold step to be a part of the solution to address a disease that has impacted so many lives.”

On 14 January, WHO announced that no new Ebola cases had been reported in the three worst affected countries in the preceding 42 days. Shortly, following the announcement, which included a warning that sporadic flare-ups could occur, Sierra Leone reported an Ebola-related death.

“The most recent Ebola-related death in Sierra Leone and the fact that we know the reservoirs of Ebola still exist, underline why we must learn lessons from the devastating impact of the crisis and ensure we are better prepared for infectious disease outbreaks. The world is still worryingly underprepared for potential future health threats and a change of mindset is required to ensure we invest in research and development today to protect ourselves in years to come,” added Dr Berkley

The Ebola epidemic in West Africa claimed the lives of more than 11,300 people and infected over 28,600. It also had a devastating impact on the health systems with disruptive effects on childhood immunisation programmes. It is estimated that coverage rates for the basic DTP vaccine dropped by about 30% in both 2014 and 2015 compared with 2013. This has resulted in several outbreaks of vaccine-preventable diseases and loss of confidence in the health care system.

Gavi’s flexible country-tailored approach has enabled the affected countries to not only reach those children who missed their routine vaccines but also to strengthen national efforts on routine immunisation programmes as a key element of the primary health care system.

Vaccine manufacturers have been working since the beginning of the Ebola outbreak to develop an effective, safe vaccine. Although early-stage development took place more than a decade ago, mainly to counter potential bioterrorism threats, no manufacturer had a vaccine in phase III trials when the outbreak began. Gavi continues to work with all vaccine manufacturers, including GSK and Janssen Pharmaceutical Companies of Johnson & Johnson, that are advancing their development programme of the Ebola vaccine in order to be prepared should a new outbreak occur.

Ebola outbreaks have mainly affected rural areas in the poorest developing countries and have been brought under control quickly by local authorities. This means the development of Ebola vaccines has been a lower priority compared to other vaccines.

“Ensuring a vaccine will be available to protect people who might have missed out due to a market failure lies at the heart of what makes Gavi so important in global health,” said Gavi Board Chair Dr Ngozi Okonjo-Iweala. “It is our moral duty to ensure that people do not miss out simply because of where they are born or whether they can afford to pay.”

In December 2014, the Gavi Board committed significant funding for the purchase of Ebola vaccines, once approved. At Gavi’s replenishment conference, held in January 2015, Dr Jacques Cholat, President of Merck Vaccines, announced the company’s commitment to provide its Ebola vaccine to the world’s poorest countries at the lowest possible, not-for-profit access price when it becomes fully licensed.

Dr Jeremy Farrar, Director of the Wellcome Trust, which co-funded clinical trials of Merck’s VSV Ebola vaccine, said: “The remarkable results from clinical trials of the VSV Ebola vaccine and the promising progress of other vaccine candidates were among the few positive outcomes to emerge from the epidemic. I’m delighted that Gavi has committed to supporting the continued development of the vaccine towards licensure, which is the ultimate goal to enable it to reach those who need it most. It should also give others working in this space the confidence needed to carry on pursuing alternative vaccines.

“As we saw with the new confirmed case just last week, the Ebola epidemic is likely to have a long tail and it’s possible that several more isolated cases will emerge in the coming weeks and months. This vaccine, therefore, could still play an important role in containing any additional flare ups of this outbreak, as well as being available to help prevent future epidemics.”

rVSV∆G-ZEBOV-GP was initially engineered by scientists from the Public Health Agency of Canada and was licensed to a subsidiary of NewLink Genetics Corporation. In late 2014, when the current Ebola outbreak was at its worst, Merck licensed rVSV∆G-ZEBOV-GP from NewLink Genetics, with the goal of accelerating the assessment of this candidate vaccine. Since that time, Merck has helped to enable a broad development program working with a number of external collaborators. Research evaluating rVSV∆G-ZEBOV-GP is ongoing in Phase I, II and III clinical trials at sites in Africa, the United States, Canada, and the European Union.

Despite Merck’s vaccine still being in the investigative phase, interim analysis from a randomised phase III vaccine efficacy trial conducted in Guinea suggested that the rVSV∆G-ZEBOV-GP vaccine could be effective against Ebola Zaire; it’s currently the only vaccine with published interim Phase III efficacy data. The Phase III study is ongoing.

Watch the announcement made during the first press conference at the World Economic Forum in Davos.