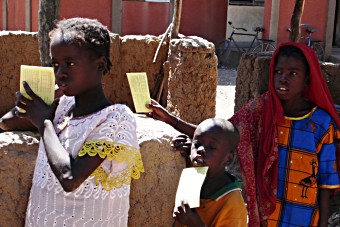 The mass preventative campaign will target people aged between nine months and 45 years ensuring they are protected against yellow fever for the rest of their lives. Nigeria’s last vaccination campaign against the disease began in 1985 and ended in 1992. The new national campaign will be run for three years from 2013 to 2015.

“Vaccination is the most effective preventive measure against yellow fever,” said Dr Seth Berkley, CEO of the GAVI Alliance. “Many millions of Nigerians who are currently vulnerable to this disease will receive lifelong protection against its potentially fatal effects.”

Nigeria becomes the last of the 13 highest risk West and Central African countries to conduct a yellow fever campaign. The country also has a low routine yellow fever coverage rate. In 2012, WHO and UNICEF estimated that only 25% of the 6 million children born each year received yellow fever vaccines as part of a routine infant package.

Regionally, yellow fever remains a serious problem due to increased contact between man and infected mosquitos as well as high cross-border transmission when travellers from rural areas introduce the virus into areas with high human population density.

“Recent yellow fever outbreaks in Nigeria’s neighbouring and nearby countries is a cause for serious concern,” Dr Berkley added. “The resurgence of this disease puts millions of lives at risk, especially in towns and cities where large and uncontrollable outbreaks are more likely.”

GAVI has provided support for routine yellow fever vaccination since 2000. In addition, GAVI helped create the international stockpile that countries eligible for GAVI support can call on for use during emergency outbreaks. By the end of 2012, yellow fever vaccines had reached almost 69 million people through preventive campaigns in 12 countries.

Last week, the GAVI Alliance Board opened a funding window for new yellow fever campaigns. These new mass campaigns could prevent 100,000 deaths in addition to the impact of routine yellow fever immunisation in implementing countries.

Worldwide there are an estimated 200,000 cases of yellow fever annually, and the disease claims 30,000 lives each year.