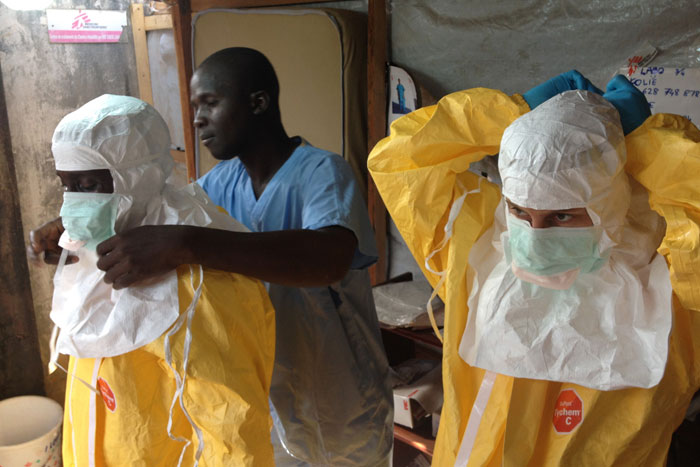 Geneva, 11 December 2014 - Plans to purchase millions of doses of an Ebola vaccine to support large-scale vaccination efforts were today agreed by the board of Gavi, the Vaccine Alliance. Today’s decision means that Gavi will be ready to act as soon as a safe, effective vaccine is recommended for use by the World Health Organization.

The Gavi Board endorsed plans that could see up to US$ 300 million committed to procure the vaccines, to be used to immunise at risk populations in affected countries. Up to an additional US$ 90 million could be used to support countries to introduce the vaccines and to rebuild devastated health systems and restore immunisation services for all vaccines in Ebola-affected countries.

To meet the funding requirements of the approved Ebola initiative, Gavi will use a combination of existing and new sources of funds and join forces with initiatives that have already pledged funding to address the Ebola crisis.

Although there is currently no approved Ebola vaccine, two manufacturers have candidates undergoing human trials, with more manufacturers due to begin human trials with their candidate vaccines shortly. The Gavi Board’s decision to support the preparations for procuring Ebola vaccines while still awaiting a WHO recommendation was taken in light of the seriousness of the situation and the risks associated with delays in making a vaccine available.

“The Ebola outbreak reminds us of the critical importance of vaccines in fighting infectious diseases,” said Gavi CEO Dr Seth Berkley. “The Board’s decision underlines Gavi’s commitment to support the people of the Ebola-affected countries by ensuring that they will have access to a WHO-recommended vaccine as soon as one is approved and available from manufacturers.”

Noting the seriousness of the epidemic and the devastating consequences for people and communities, the Gavi Board approved plans that could see:

The Ebola outbreak, and its tragic effect on countries where we have been working for years, has tested Gavi’s ability to respond quickly to an urgent need and I am proud of the decision taken by the Board today.

In addition to supporting the use of Ebola vaccines to control the current epidemic, Gavi funding could also be used to create stockpiles of first- and second-generation Ebola vaccines which countries can access rapidly in future outbreaks. Gavi already funds similar stockpiles for yellow fever, meningitis A and oral cholera vaccines.

“Gavi has a responsibility to those in need,” said Gavi Board Chair Dagfinn Høybråten. “The Ebola outbreak, and its tragic effect on countries where we have been working for years, has tested Gavi’s ability to respond quickly to an urgent need and I am proud of the decision taken by the Board today. We are making determined efforts to ensure that people living in Ebola-affected countries are protected as soon as possible and do not have to face another terrible outbreak in the future.”

To maintain effective oversight of Gavi’s Ebola activities, the Board requested a schedule of regular updates through the Executive Committee and other governance mechanisms.

The Gavi Board’s decision was based on recommendations drawn up following three months of intensive collaboration between the Gavi Secretariat, Ebola-affected countries, the African Development Bank, WHO, UNICEF, the US Centers for Disease Control and Prevention, the World Bank, vaccine manufacturers, civil society organisations including Médecins Sans Frontières, and donors.