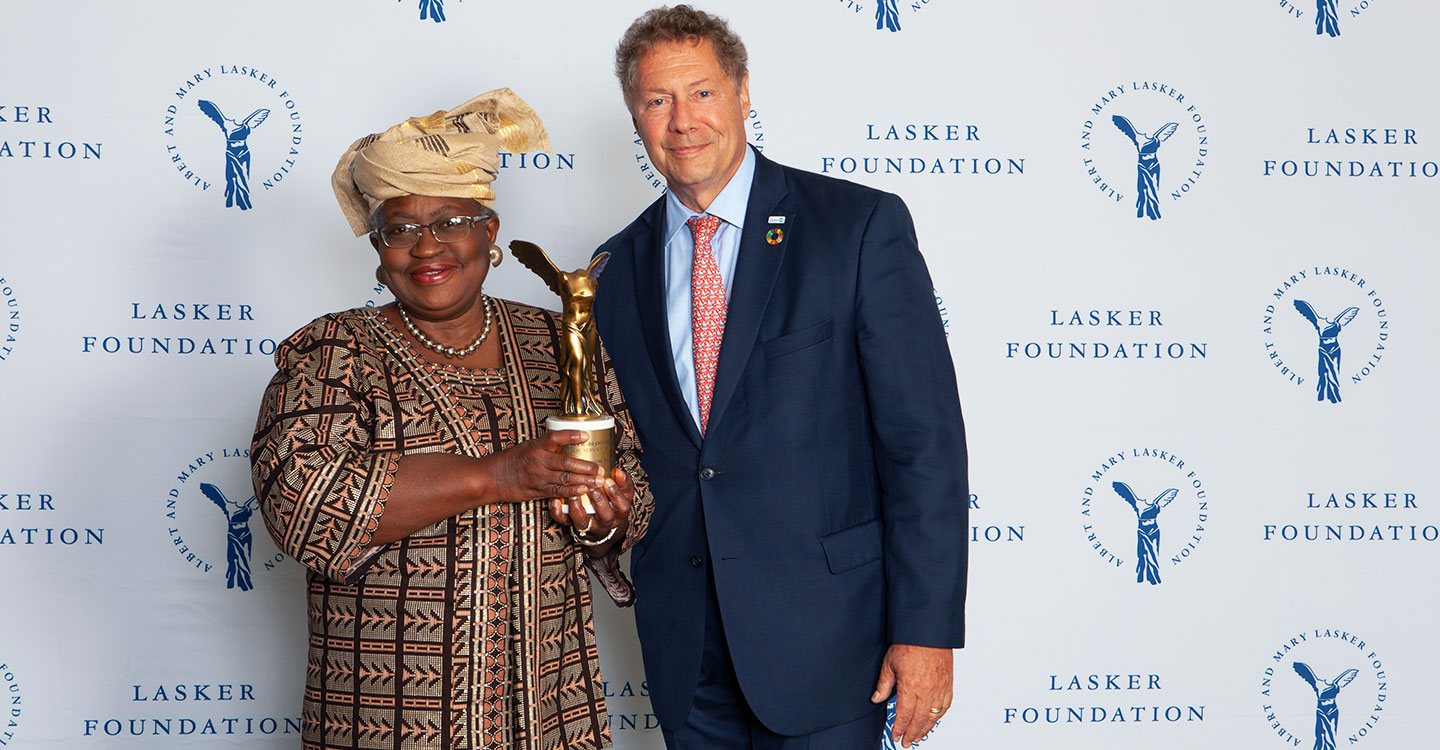 Geneva, 10 September 2019 – The Albert and Mary Lasker Foundation announced today that Gavi, the Vaccine Alliance has received the prestigious 2019 Lasker~Bloomberg Public Service Award for providing sustained access to childhood vaccines in the world’s poorest countries, saving millions of lives and highlighting the power of immunisation to prevent diseases.

“It is a great honour for us to receive such a prestigious Award,” said Dr Seth Berkley, CEO of Gavi the Vaccine Alliance. “Since its creation in 2000 at Davos, Gavi has been making it possible for the world’s most vulnerable children to receive the vaccines they need to live healthy, successful lives. Our collective work as an Alliance has prevented more than 13 million deaths in developing countries while child mortality was halved largely thanks to immunisation. I couldn’t be prouder of what we have accomplished together.”

Our collective work as an Alliance has prevented more than 13 million deaths in developing countries while child mortality was halved largely thanks to immunisation. I couldn’t be prouder of what we have accomplished together.

Gavi now helps immunise around half the world’s children through a unique public-private partnership that brings together governments, private donors, industry, civil society organisations and international organisations to deliver life-saving vaccination programmes in low-income countries. Driven by country leadership, Gavi offers vaccines at a lower cost while countries take a share of costs and build sustainable immunisation programme before transitioning out of Gavi support.

“On behalf of the hundreds of thousands of vaccinators, health workers and partners that make up our Vaccine Alliance, we are delighted to receive the Lasker~Bloomberg Public Service Award,” said Dr Ngozi Okonjo-Iweala, Chair of the Gavi Board. “All children – regardless of whether they are girls or boys, where they live or how poor they are – have the right to be protected against deadly diseases. However, nearly 20 million children are still missing out on a full course of the most basic vaccines, and more than 10 million do not even receive the first dose. Building on nearly two decades of steady progress, Gavi will redouble efforts in the coming years to extend immunisation services to those communities missed today.”

On behalf of the hundreds of thousands of vaccinators, health workers and partners that make up our Vaccine Alliance, we are delighted to receive the Lasker~Bloomberg Public Service Award.

Chair of the Gavi Board

Every year since 1945, the Lasker Foundation has presented a range of awards for some of the most accomplished people and institutions involved in breakthrough biological discoveries and clinical health advances. The Lasker~Bloomberg Public Service Award honours exceptional individuals or organisations whose impact on public health or public service has enlarged the possibilities for medical research and the health sciences.

The Lasker Foundation will formally present the Public Service Award to Gavi, the Vaccine Alliance at a ceremony on September 20 in New York City.

Since 2000, Gavi has supported more than 460 vaccine introductions and campaigns, providing funding for vaccine procurement and strengthening health systems. Gavi also funds the global stockpiles of cholera, yellow fever and meningitis vaccines, and supports measles response. Gavi stimulates the dissemination of new vaccines such as the Ebola vaccine that is now being used in the Democratic Republic of the Congo. Gavi is funded through contributions by governments as well as Foundations and the private sector.

The Alliance recently unveiled in Japan its 2021-25 Investment Opportunity calling on donors to back plans to immunise an additional 300 million children in developing countries against deadly diseases, saving a further seven to eight million lives. The replenishment process will culminate in a special event hosted by the UK government, mid-2020.

Gavi Board calls for bold engagement to respond to COVID-19

DRC: vaccination sessions increase by 50% in vulnerable provinces since 2018

Indonesia to protect four million children a year against pneumonia