Gavi, the Vaccine Alliance, would like to congratulate the Government of DRC and particularly, the leadership shown by the Minister of Health and the support of international partners in the very quick response to the Ebola outbreak.

Ring vaccination started Monday based on a very prompt reaction from the Government. Gavi was instrumental in making 300,000 investigational doses of the rVSV-ZEBOV Ebola vaccine available, some of which will be used in the current Ebola response. Without Gavi’s agreement with the manufacturer making sure that the doses are available immediately for outbreak response, we would be in a much worse position to respond to this outbreak.

Moreover, Gavi is providing US$1 million towards the vaccination drive. Gavi’s funding will support the deployment of health workers, transport, critical supplies and other operations. The vaccination will be implemented by the Government of DRC and partners including WHO, which is leading and coordinating the international health response, and Medecins Sans Frontieres (MSF). Guinea and Niger sent experts in DRC to support implementation that reflects a great solidarity effort in the continent.

Next 10 days are going to be critical. We will have a better sense of how the epidemic is going to evolve.

No silver bullet in Ebola response 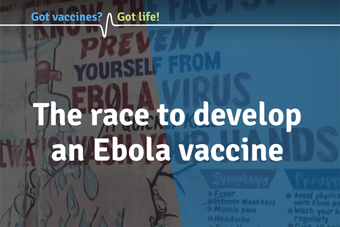 Although scientists had researched Ebola vaccines for decades, the lack of a commercial market meant there was no vaccine available to prevent the devastating consequences of West Africa’s outbreak from 2013-2015. Learn how Gavi’s public partnership model has played a critical role in accelerating the development of the vaccine that is being deployed against DRC’s 2018 outbreak.

Read the full story on Got vaccines? Got life!

Vaccines are not a silver bullet in the Ebola response: they are part of the response.

We should be careful about how we communicate on this vaccine, its efficacy and how it protects people. This is not a routine vaccine that will be delivered to all people in DRC.

While this time the response has been stronger, faster than four years ago in West Africa, there is a need to strengthen further preventive and control measures on the ground and strict protocols need to be followed.

We all owe a debt of gratitude to the health workers risking their lives to prevent this disease from spreading further.