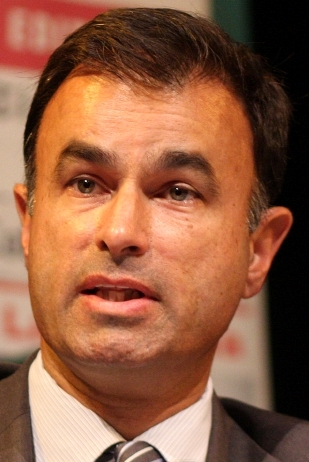 As a physician, the death of a child from a preventable or treatable disease is one of life's most heart wrenching experiences.

Visiting a West African clinic I was confronted by a row of six lethargic babies splayed out on a long wooden table with IVs in their arms as they fought for their lives. Each was suffering from a type of pneumonia or gastroenteritis that could easily have been prevented by inexpensive, easily available vaccines.

Although they have never been a favourite of any large, international advocacy campaign, pneumonia and diarrhoea kill more children under the age of five than any other illness. They account for three times more deaths than malaria and HIV combined.

Both can kill if the causative bacteria or virus gets into the blood stream. When this happens devastating effects can ensue; dehydration, drops in blood pressure, seizures, cardiovascular collapse, multi-organ failure and death.

Solution within our reach

This enormous, catastrophic loss of life is made all the more senseless because most of the deaths attributable to pneumonia and severe diarrhoea in young children are preventable. The solution is within our reach with two new vaccines.

Vaccines are some of the most cost effective public health initiatives in the world and their impact has been dramatic.

The Global Alliance for Vaccines and Immunisation (GAVI) has been providing vaccines for children living in the world's poorest countries since 2000.

In the last ten years alone GAVI's programmes have saved more than five million lives and could avert another four million deaths, but for this to happen more needs to be done.

Recently, GAVI launched a new global initiative to vaccinate children against pneumonia and diarrhoea in more than 40 developing countries. This year, for the first time, infants in Guyana, Sierra Leone, Yemen, Kenya, Mali, Democratic Republic of the Congo and Honduras will be immunised against pneumonia.

It is hoped that the pneumococcal vaccine will be introduced together with the vaccine against rotavirus to reduce deaths from diarrhoea. Where this has occurred the results have been dramatic.

In the United States, prior to vaccination programs there were 57,000 hospitalisations and 107,000 visits to the emergency room for rotavirus induced diarrhoea. Now, with more than 80 per cent of children in the United States immunised, these numbers have fallen by more than 90 per cent.

Last year, through the G8's Muskoka Initiative, UN bodies and others came together to champion maternal and child health. Vaccination programmes should be integrated into this worthy effort

Bring the cost of vaccines down

Also, GAVI and research based pharmaceutical companies have done an outstanding job to bring the cost of vaccines down in developing countries.  This has been achieved through an innovative financing scheme called the Advance Market Commitment (AMC).

This mechanism accelerates the development and manufacture of vaccines for developing countries at affordable prices. By creating a market for vaccines, the AMC has enabled drug companies to reduce the total cost of a vaccine to a fraction of what it is in the developed world.

GAVI's programme to vaccinate under fives in the world's poorest countries against numerous diseases - including pneumonia and diarrhoea - will cost US$6.8 billion to meet country demand until 2015. So far only US$3.1 billion has been raised for GAVI, only enough to introduce the pneumococcal vaccines in 19 of 44 countries.

With another US$3.7 billion the programme could be rolled out in the remaining 25 countries. This investment could save another four million children's lives in the next five years alone.

Will the international community take up GAVI's challenge and fully fund this program? Or will we miss one of the greatest opportunities to improve the lives of the world's most vulnerable children?