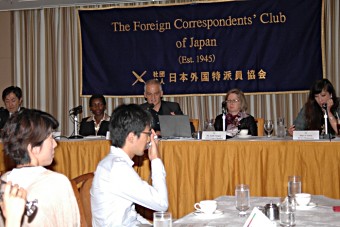 Tokyo, 20 May 2010 - Bonds which raise money to ensure that children in the world's poorest countries can be protected against deadly diseases have proved remarkably popular with Japanese retail investors, particularly women who account for around half the buyers in recent transactions.

Uridashi offerings by the International Finance Facility for Immunisation (IFFIm) since 2008 have raised more than JPY 111 billion equivalent (US$ 1.2 billion).

The funds raised by IFFIm, which sells so-called "Vaccine Bonds" on the international capital markets, are used by the GAVI Alliance to support vaccination and health programmes in more than 70 developing countries.

This support has boosted GAVI's grant giving capacity by 100 per cent. From IFFIm's inception in 2006 to the end of 2008 GAVI has been able to save more than three million lives by accelerating access to immunisation and more than a million additional deaths will be averted as a result of vaccine support given in 2009 and 2010, according to the World Health Organization.

IFFIm will thus have helped GAVI prevent more than four million premature deaths by the end of 2010.

"IFFIm's investors, many of whom are Japanese, can measure their return not only in terms of a market-based interest rate but also in the lives they have helped protect against vaccine-preventable diseases," said IFFIm Board Chair Alan Gillespie. "Millions more children who have been immunised will grow up to go to school and later contribute to the future development of their countries as healthy and productive adults."

From November 2006 to April 2010, based on support from eight sovereign donors, IFFIm has raised a total of US$ 2.6 billion on the world's capital markets in seven major offerings to both retail and institutional investors.

"IFFIm is a success. It raises funds in the capital markets at very low cost, giving investors and financial institutions the opportunity to make a difference to millions of children in the poorest countries," said Susan McAdams, Director of Innovative Finance at the World Bank, IFFIm's treasury manager.

"Japanese investors are keen to help people living in the poorest countries. One way they express their support is by investing in bonds issued by institutions like IFFIm," said Yoshiyuki Arima of the World Bank's Japan office. "Passing the US$ 1 billion (100 billion yen) milestone would not have been possible without a strong partnership with Japan's banking community."

Daiwa Securities has been the arranger for the largest percentage of these funds. The last uridashi distributed by Daiwa Securities Co. Ltd in March 2010 raised US$ 320 million. Women made up 56 % of the total of over 14,500 investors who participated.

Starting with its inaugural uridashi in 2008, IFFIm has issued the following bonds, raising an equivalent of JPY 111 billion (USD 1.2 billion) for GAVI programmes:

IFFIm, rated AAA/Aaa/AAA, has a financial base consisting of legally-binding grant payments from its sovereign sponsors (currently France, Italy, Norway, South Africa, Spain, Sweden, the Netherlands, and the United Kingdom). The World Bank acts as Treasury Manager for IFFIm. The bond issues provide investors with an opportunity to contribute to IFFIm and the funding of immunisation programmes for children in developing countries while investing in high credit quality notes.

The International Finance Facility for Immunisation Company (IFFIm) is a multilateral development institution created to accelerate the availability of predictable, long-term funds for health and immunisation programmes through the GAVI Alliance (formerly the Global Alliance for Vaccines and Immunisation) in 70 of the poorest countries around the world. IFFIm was created as a development financing tool to help the international community achieve the Millennium Development Goals. IFFIm's financial base consists of legally binding grant payments from its sovereign sponsors (France, Italy, Norway, South Africa, Spain, Sweden, The Netherlands and the UK), on the basis of which IFFIm issues bonds in the international capital markets. IFFIm is currently rated AAA/Aaa/AAA by Fitch Ratings Limited ("Fitch"), Moody's Investors Service Inc. ("Moody's") and Standard Poor's Ratings Services ("S&P"). IFFIm was established as a charity with the Charity Commission for England and Wales and is registered in England and Wales as a company limited by guarantee with number 5857343 and as a charity with number 1115413.

About the World Bank

The World Bank is a global development cooperative owned by 186 member countries. Its purpose is to help its members achieve equitable and sustainable economic growth in their national economies and to find effective solutions to pressing regional and global problems in economic development and environmental sustainability. The goal is to help overcome poverty and improve standards of living for people worldwide. The International Bank for Reconstruction and Development (IBRD), rated Aaa/AAA (Moody's/S&P), is the oldest and largest entity in the World Bank Group and provides funding, risk management tools and credit enhancement to sovereigns. To fund this activity, IBRD has been issuing debt securities in the international capital markets for 60 years. The World Bank is also the Treasury Manager for the International Finance Facility for Immunisation (IFFIm). In that capacity, the World Bank, as IFFIm's agent, manages IFFIm's finances according to prudent policies and standards. This includes IFFIm's funding strategy and its implementation in the capital markets, rating agency and investor outreach, hedging transactions and investment management. The World Bank also coordinates with IFFIm's donors and manages their pledges and payments as well as IFFIm's disbursements for immunisation and health programmes through the GAVI Alliance.