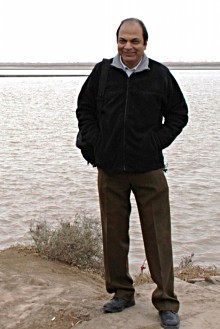 My recent trip to Afghanistan is one of the most satisfying trips I have done for GAVI. Security remains difficult, but the sense of optimism is palpable. We’re supporting immunisation in Afghanistan, working with our partners in-country who are bursting with innovation and enthusiasm.

This exquisitely beautiful country introduced the pentavalent vaccine in 2009, protecting Afghan children against five deadly infectious diseases with a single course of three injections. This incredibly cost-effective vaccine literally saves tens of thousands of young Afghan lives every year. And because it’s a five-in-one vaccination, it saves on money, time and transport, too.

Now our colleagues in the health ministry are pressing to know more about the new pneumococcal and rotavirus vaccines that help protect against pneumonia and diarrhea, two of the world’s biggest killers of children. I’ve always gotten a buzz from working with immunisation, an incredibly simple technology at heart. The challenge is to save lives on an enormous scale in the most sustainable and cost-efficient manner.

There’s something even more special about doing it in a context of murderous instability. A previous visit in 2008 began with news of a suicide bomb that killed two of our colleagues from WHO. Conflict has been rumbling throughout this mountainous country for more than 30 years now.

No wonder its health system is such a wreck.

As in many other fragile states, though, Afghanistan’s NGOs do a fantastic job of providing basic health services to the population. That partly explains why some of Afghanistan’s basic health indicators have been improving rapidly.

Maternal mortality ratios have fallen by about a quarter in the past six years, and with immunisation coverage rates doubling in the previous decade, we will soon see large reductions in child mortality, too.

Afghanistan is still one of the world’s poorest countries, likely to remain heavily dependent on external donors for quite a while to come. But with GAVI helping protect young children from vaccine-preventable diseases, I'm also optimistic for the future.