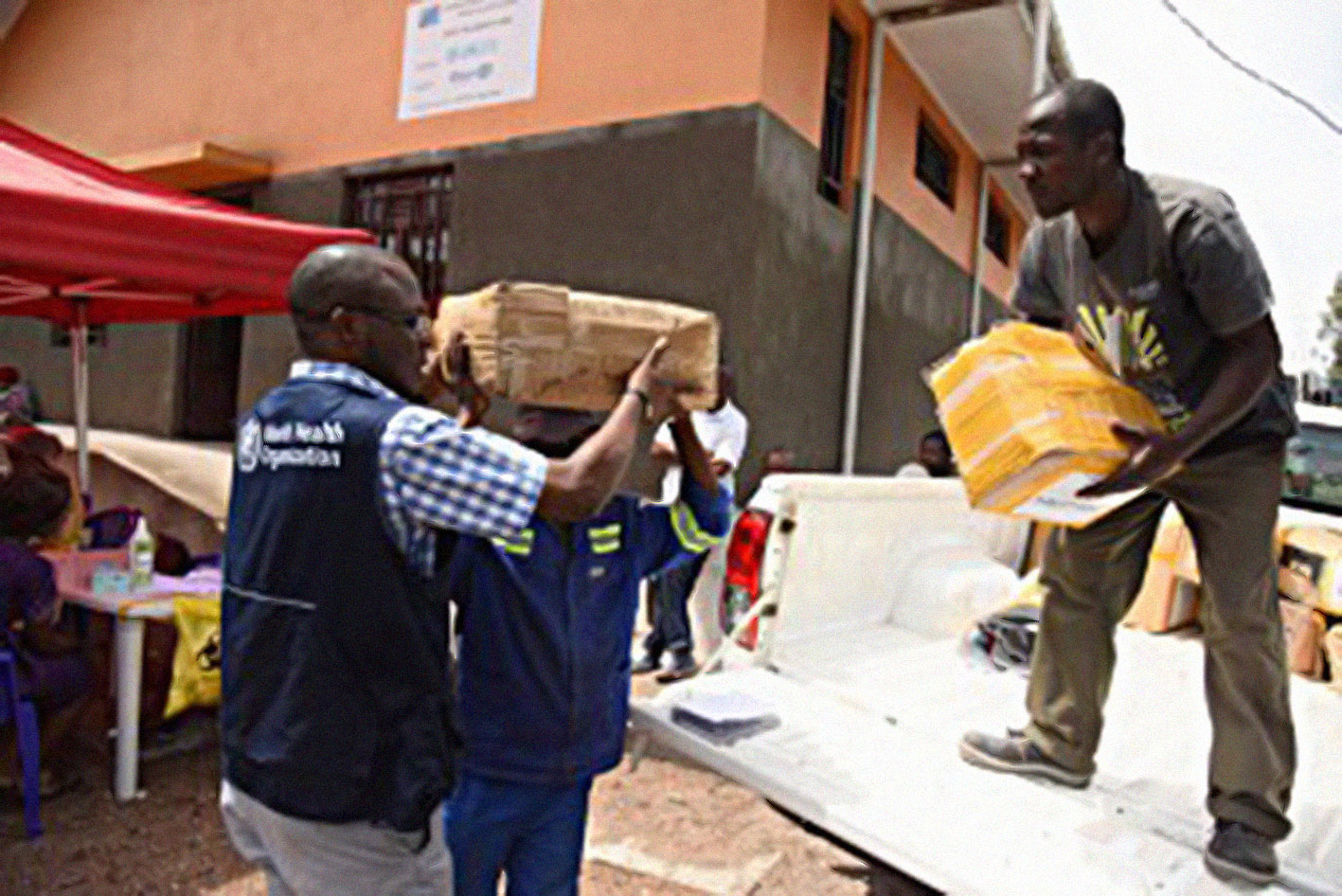 Agencies warn of unprecedented situation in the DRC as cholera and measles epidemics compound Ebola challenges.

Geneva / Goma 27 May 2019 – More than 800,000 people will be immunised against cholera in North Kivu in the Eastern part of the Democratic Republic of the Congo (DRC) following the launch of a major vaccination campaign today.

The campaign will be implemented by the DRC Ministry of Health with support from the World Health Organization (WHO) and partners, and funded by Gavi, the Vaccine Alliance. A total of 835,183 people in Binza, Goma, Kayina, Karisimbi, Kibirizi, Kirotshe and Rutshuru areas will be vaccinated by 1 June 2019. The campaign will administer the first of two doses of oral cholera vaccine (OCV) to people in these areas. Following successful implementation, a campaign to administer the second dose will take place at a later stage to provide full protection against cholera.

Over 10,000 cases of cholera have been reported in the country since January 2019, leading to more than 240 deaths. In addition, over 80,000 suspected cases of measles have led to over 1,400 deaths so far this year while a case of circulating vaccine-derived poliovirus type 2 was reported in Kasai province earlier this month.

“The DRC is confronted with an unprecedented combination of deadly epidemics,” said Dr Seth Berkley, CEO of Gavi, the Vaccine Alliance. “While the Ebola outbreak continues to cause untold misery in the East, measles and cholera epidemics are claiming the lives of thousands of people throughout the country. That’s why we are stepping up our response, through this cholera vaccination campaign, through ongoing measles vaccinations in health zones affected by measles outbreaks, as well as through our continued support for Ebola vaccinations in both the DRC and neighbouring countries. We cannot allow this needless suffering to continue.”

“Cholera is a preventable disease. Vaccinating people at risk in the most exposed health zones in North Kivu against cholera is a massive contribution and will protect hundreds of thousands of people against the disease and raise population immunity levels in these areas,” said Dr. Deo Nshimirimana, acting WHO Representative in the Democratic Republic of the Congo. He added: “WHO is working with national and provincial authorities and all partners to make sure that people targeted in these health areas will be reached with the vaccine.”

The 835,183 doses of OCV were taken from the global cholera vaccine stockpile, which is fully funded by Gavi. Gavi is also supporting operational costs for the campaign. The use of the stockpile for outbreak response is managed by the International Coordinating Group (ICG), which features representatives from WHO, UNICEF, IFRC and MSF.

Since the stockpile was launched in 2013 millions of doses of OCV have helped tackle outbreaks across the globe. In the fifteen years between 1997 and 2012, just 1.5 million doses of oral cholera vaccine were used worldwide. In 2018 alone, the stockpile provided 17 million of doses to 22 different countries. Since the beginning of 2019, more than 6 million doses have already been shipped to respond to outbreaks or address endemic cholera in countries including Mozambique, Nigeria, Somalia and Zimbabwe.

More than two million people have also been vaccinated in the DRC in 72 health zones as part of a measles outbreak response funded by Gavi through the Measles & Rubella Initiative (MRI). A further 400,000 people are expected to be vaccinated as part of this response. Gavi will also be funding a measles campaign for 18 million children aged 6 months-59 months starting later in the year. This will be additional to Gavi's support for the government’s efforts to strengthen routine immunisation which is the best long-term solution against measles outbreaks.