Meningitis A nearly eliminated in Africa through vaccination

Joint press release first published by WHO and PATH, joint founders of the Meningitis Vaccine Project

Addis Ababa, 22 February 2016 - Global vaccine experts and officials from all 26 African “meningitis belt” countries have convened in Addis Ababa, Ethiopia to celebrate one of Africa’s biggest public health achievements—the introduction of a vaccine, MenAfriVac®, designed, developed, and produced for use in Africa, that in five years of use has nearly eliminated serogroup A meningococcal disease from meningitis belt countries and is now being integrated into routine national immunization programs.

Cases of the deadly infectious disease went from over 250,000 during an outbreak in 1996 to just 80 confirmed cases in 2015 among countries that had not yet conducted mass immunization campaigns and among those unvaccinated, scientists at the Meningitis Vaccine Project (MVP) Closure Conference reported.

At the same time, they announced that eight countries have applied for funding to start integrating this lifesaving vaccine into their national childhood immunization programs.

We have achieved something truly historic with MenAfriVac®—creating an affordable, effective, tailor-made vaccine for Africa

“Our great success against meningitis A is by no means permanent,” said Dr. Matshidiso Moeti, World Health Organization (WHO) Regional Director for Africa. “To sustain the protection that has been afforded to date against meningitis A, all at-risk countries must finish conducting vaccination campaigns and begin incorporating the vaccine into routine childhood immunization programs.”

The MVP Closure Conference organized by WHO and the international global health nonprofit PATH, is taking place just before the Ministerial Conference on Immunization in Africa. Responding to a call for help from African ministers of health after one of the worst epidemics of meningitis ever seen, WHO and PATH partnered to form MVP in 2001, which for over 14 years led the development, licensure, and introduction of a new vaccine against meningitis A.

In 2008, Gavi, the Vaccine Alliance approved support to immunize the at-risk population (aged 1 through 29 years) in the 26 meningitis belt countries with preventive campaigns. Since the first campaign, Gavi has disbursed US$367 million to meningitis A programs for campaigns and an emergency stockpile.

Now, however, the pioneering vaccine development project has ended, and MVP and partners are working with African government health officials to carefully plan for the next steps in the continued deployment of MenAfriVac®. A mathematical model determined that if no subsequent immunization program was implemented after the large one-off vaccination campaigns, countries could expect to see epidemics recur within 15 years.

To ensure continued protection for future generation, Gavi now offers financial support to countries to introduce the vaccine into their routine immunization schedules.

“We have achieved something truly historic with MenAfriVac®—creating an affordable, effective, tailor-made vaccine for Africa,” said Steve Davis, president and CEO of PATH. “In another breakthrough, the vaccine does not require constant refrigeration and is the first vaccine to be authorized by WHO for use at ambient temperatures of up to 40°C (104°F) for up to four days.”

The vaccine was first introduced in Burkina Faso in late 2010. Since then, the WHO has reported that 16 of the 26 countries of the African meningitis belt, which stretches from Senegal in the west to Ethiopia in the east, have conducted initial mass vaccination campaigns to protect their people. As a result, more than 235 million children and young adults (1 through 29 years of age) have been immunized and meningitis A disease has disappeared in those areas.

“It’s clear that the rollout of the meningitis A vaccine has been a great success story in sub-Saharan Africa,” said Manuel Fontaine, UNICEF’s Regional Director for West and Central Africa. “At UNICEF, we’ll continue to work with national authorities, health workers, and traditional and religious leaders so that vaccines remain well accepted and reach every community across the meningitis belt.”

“Meningitis A was a scourge across Africa’s meningitis belt for generations but today we can be proud that a safe, effective meningitis vaccine is protecting hundreds of millions of people from death and disability,” said Dr. Seth Berkley, Gavi CEO. “But we must not be complacent. It is critical that at-risk countries begin introducing this vaccine into their routine schedules and ensuring every child is reached and protected.”

Eight countries have already applied for funding to include MenAfriVac® as part of their national childhood immunization programs in the year 2016 (Burkina Faso, Central African Republic, Chad, Ghana, Mali, Niger, Nigeria, and Sudan).

Meningitis A was a scourge across Africa’s meningitis belt for generations but today we can be proud that a safe, effective meningitis vaccine is protecting hundreds of millions of people from death and disability

The remaining 18 meningitis belt countries are expected to apply for funding in the next couple of years, most likely as follows: Benin, Cameroon, Côte d’Ivoire, the Islamic Republic of Gambia, Guinea, Senegal, Togo (2016); Burundi, Eritrea, Kenya, Rwanda and Tanzania (2016/17, all 5 countries are likely to submit joint applications for both campaigns and routine); and Democratic Republic of Congo, Ethiopia, Guinea Bissau, Mauritania, South Sudan, and Uganda (2017).

In the latest UNICEF tender, the vaccine intended for the childhood immunization programs now costs below US$0.50 per dose.

“The Meningitis Vaccine Project is one of the greatest success stories in public health”, said Dr. Chris Elias, President of the Global Development Program at the Bill & Melinda Gates Foundation, a major funder of the project. “The success of the project is a testament to the potential of public/private partnerships to develop vaccines that, when introduced, can have a major impact in solving public health problems.”

About meningitis A and MenAfriVac®

Epidemics of meningococcal A meningitis, which is a bacterial infection of the thin lining surrounding the brain and spinal cord, have swept across 26 countries in sub-Saharan Africa for a century, killing and disabling young people every year. The disease is highly feared on the continent; it can kill or cause severe brain damage in a person within hours. Epidemics usually start at the beginning of the calendar year when dry sands from the Sahara Desert begin blowing southward.

Before 2010, the epidemics were becoming more frequent and widespread throughout Africa, placing a great burden on individuals, families, and the health systems of the meningitis belt countries.

MenAfriVac®, which is manufactured by the Serum Institute of India Private Ltd., was introduced as an improvement over older polysaccharide vaccines, which can only be used after epidemics have started, do not protect the youngest children or infants, and provide only short-term protection. An added benefit is that MenAfriVac® also boosts protective immune responses to tetanus, a painful bacterial disease that can cause involuntary muscle tightening and spasms sometimes strong enough to fracture bones and even cause death. Reported neonatal cases of tetanus have fallen by 25 percent in countries that completed meningitis A campaigns in 1 through 29 year olds, according to a recently published study.

Targeting other strains of meningitis

In addition to maintaining the level of protection against meningitis A, public health experts at the MVP Closure Conference are also planning on tackling other disease-causing strains of meningococcal meningitis such as serogroups W, X, and C, which also cause epidemic outbreaks in the meningitis belt countries.

In July 2015, WHO sounded the alarm over insufficient stockpiles of vaccines—the older polysaccharide vaccines—as the threat of epidemics caused by serogroups W and C appeared to be increasing. Earlier, in the first months of 2015, meningitis C was identified as contributing to a meningitis outbreak in Niger and Nigeria.

Meningitis A was the main cause of epidemics in the meningitis belt until the introduction of MenAfriVac® in 2010. According to researchers, however, meningitis W was detected more frequently between 2010 and 2013, cases of meningitis C increased in number and geographically with rapid expansion between 2013 and 2015, and meningitis X continues to be confirmed.

“To rid the world of meningitis epidemics altogether, we need to go after all the major strains in one public health vaccine,” noted Adar Poonawalla, CEO and executive director of Serum Institute of India Private Ltd. “We are partnering with PATH on a pentavalent meningitis vaccine—targeting five meningitis strains, A, C, W, X, and Y—and will begin clinical trials this year.” 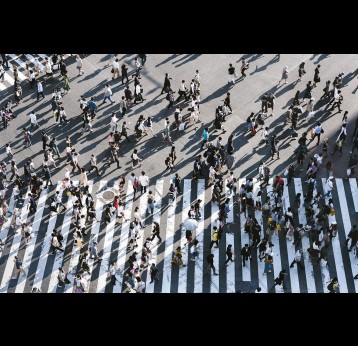 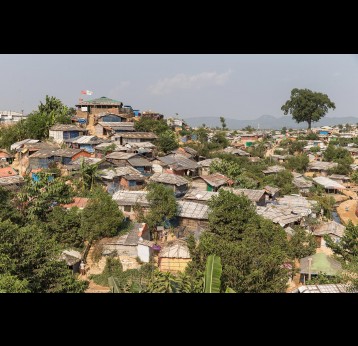 Why is coronavirus lockdown necessary? 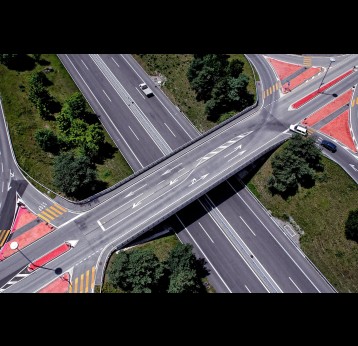