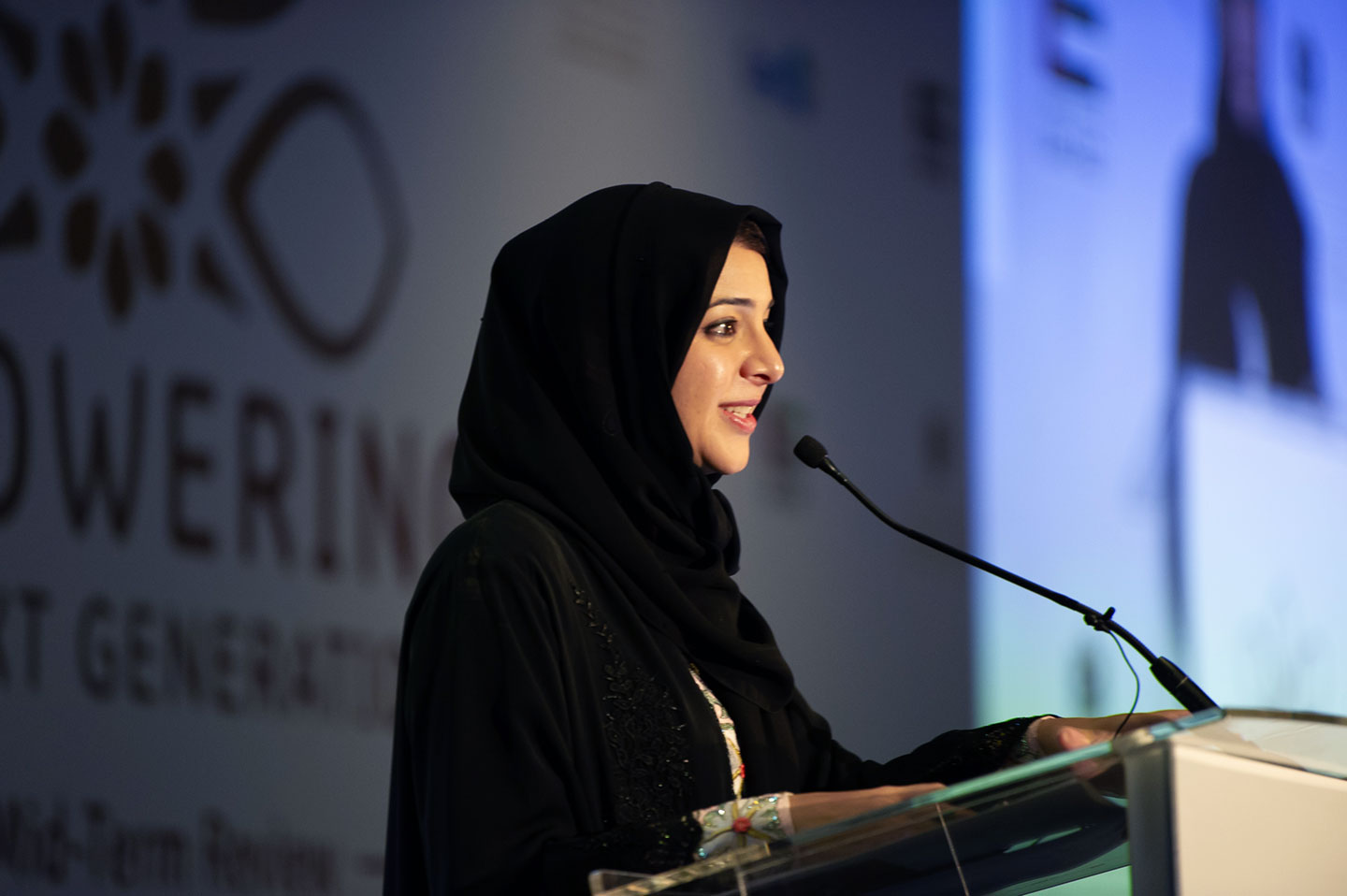 Abu Dhabi, 12 December 2018 – More than 300 leaders of the global health community, including representatives from governments, civil society and the private sector, came together for the Gavi Mid-Term Review this week in Abu Dhabi, UAE. The high-level conference celebrated the 700 million children immunised and 10 million lives saved in the world’s poorest countries thanks to Gavi support since 2000.

Partners took stock of progress, such as Gavi’s market shaping work ensuring sustainable, affordable supply of vaccines for the poorest countries as well as the fact that every country supported by Gavi is now co-financing its own vaccines – governments’ investment in immunisation increased by 10% in 2017 alone. They also underlined the challenges faced in meeting all of the goals set during Gavi’s replenishment in Berlin in 2015.

“An ounce of prevention is better than a pound of cure,” said HE Reem Al Hashimy, UAE Minister of State for International Cooperation. “Effective and thorough immunisation is one of the most straightforward ways to protecting children. Preventing disease becomes the essence of wisdom. Our partnership with Gavi and collective mobilisation during these two days signal our commitment to empower the next generation.”

While Gavi is on track to meet its commitments, it still faces a number of challenges including the difficulty of reaching underimmunised children in isolated rural communities, urban slums and conflict settings.  It will also need to help countries deal with a growing number of disease outbreaks coupled with the looming challenges of climate change, population growth and urbanization, as well as the fact that more and more of the world’s poorest people will be living in middle-income countries not supported by Gavi.

“We still have a long way to go,” said Dr Ngozi Okonjo-Iweala, Gavi Board Chair. “Despite improvements in vaccine coverage, it is not accelerating as fast as we would like and this is particularly the case in fragile countries. In order to further its mission and to reach the children who are still missing out on basic vaccines, this week we heard from participants that the Alliance needs to keep on learning from its experiences and continue to adapt. Success will require exploring more innovative and tailored approaches with countries while selectively forging new partnerships with the private sector.”

“By reaching more than 65 million children annually in Gavi-supported countries, vaccination is the shortest path to healthy lives,” said Dr Seth Berkley, CEO of Gavi, the Vaccine Alliance. “Vaccines don’t deliver themselves.  Expanding health systems to deliver immunisation in low coverage areas builds the base of the primary health system. This is a key contributor to the third Sustainable Development Goal.” Immunisation connects the vast majority of families with the primary health system up to five times in the first year of a child’s life – more than any other health intervention. It ranks among the most equitable interventions, disproportionately benefiting the most marginalised populations and is equally distributed to boys and girls.

During the mid-term review, Gavi announced a series of new innovative partnerships with the private sector and governments to further strengthen immunisation in developing countries.

The International Finance Facility for Immunisation (IFFIm) and the Islamic Development Bank Group (IsDB), a development partner of Gavi, the Vaccine Alliance, announced plans to issue an Islamic-compliant financial instrument, or Sukuk, aimed at accelerating funding for immunisation efforts to save children’s lives in the world’s poorest countries.

The Republic of Korea announced US$ 15 million in new funding that will be delivered from 2019-2021 and will be funded through Korea’s Global Disease Eradication Fund.

The Kuwait Fund for Arab Economic Development (Kuwait Fund) formally approved a grant of US$ 1 million to accelerate the availability of funding for immunisation programmes supported by Gavi, the Vaccine Alliance.

Lastly, Mohamed Al Ansari, Chairman and Managing Director of Al Ansari Exchange, a leading exchange company in the UAE announced a US$ 1 million pledge to support life-saving vaccines and immunisation in the poorest countries of the world.

The Gavi Mid-Term review was also an opportunity to celebrate global figures whose dedication to the Vaccine Alliance’s mission has played a key role in helping Gavi and its partners to protect hundreds of millions of children across the world. Dr Cyrus Poonawalla, Founder of Serum Institute of India (SII) and Chairman of Poonawalla Group, was given the first ever Vaccine Hero award by Gavi, the Vaccine Alliance.