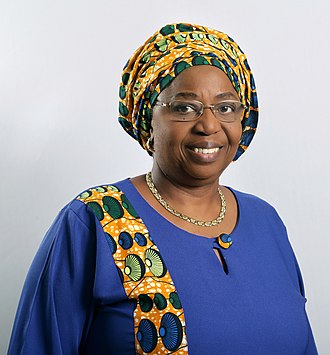 MINISTER OF STATE TO THE PRESIDENT, GOVERNMENT OF SENEGAL

Awa Marie Coll Seck has been serving as Minister of State to the President of the Republic of Senegal since 2017. She previously served as the Minister of Health of the Republic of Senegal from 2001 to 2003 and again from 2012 to 2017. Minister Coll Seck has previously worked as a specialist in infectious diseases in leading hospitals in Senegal and France, and as Professor of Medicine and Infectious Diseases at the University of Dakar and Chief of Service for Infectious Diseases at the University Hospital in Dakar. From 1996 to 2001 she served as Director of the UNAIDS Department of Country and Regional Support. From 2004 to 2011 she was Executive Director of the Roll Back Malaria Partnership.

Other important positions held by Minister Coll Seck include the Chairperson of Committee B of the World Health Assembly and President of the Assembly of the Ministries of Health of the West African Health Organization. She has been awarded numerous professional and academic honours and is the author of more than 150 scientific publications. She earned her medical degree in 1978 and has a long record of service in Public Health and Development. She was on the board of directors at the Program for Appropriate Technology in Health (PATH), Medicines for Malaria Venture (MMV), Innovative Vector Control Consortium (IVCC), and the Gavi Alliance (2012-2015).