500,000 doses of Ebola vaccine to be made available to countries for outbreak response 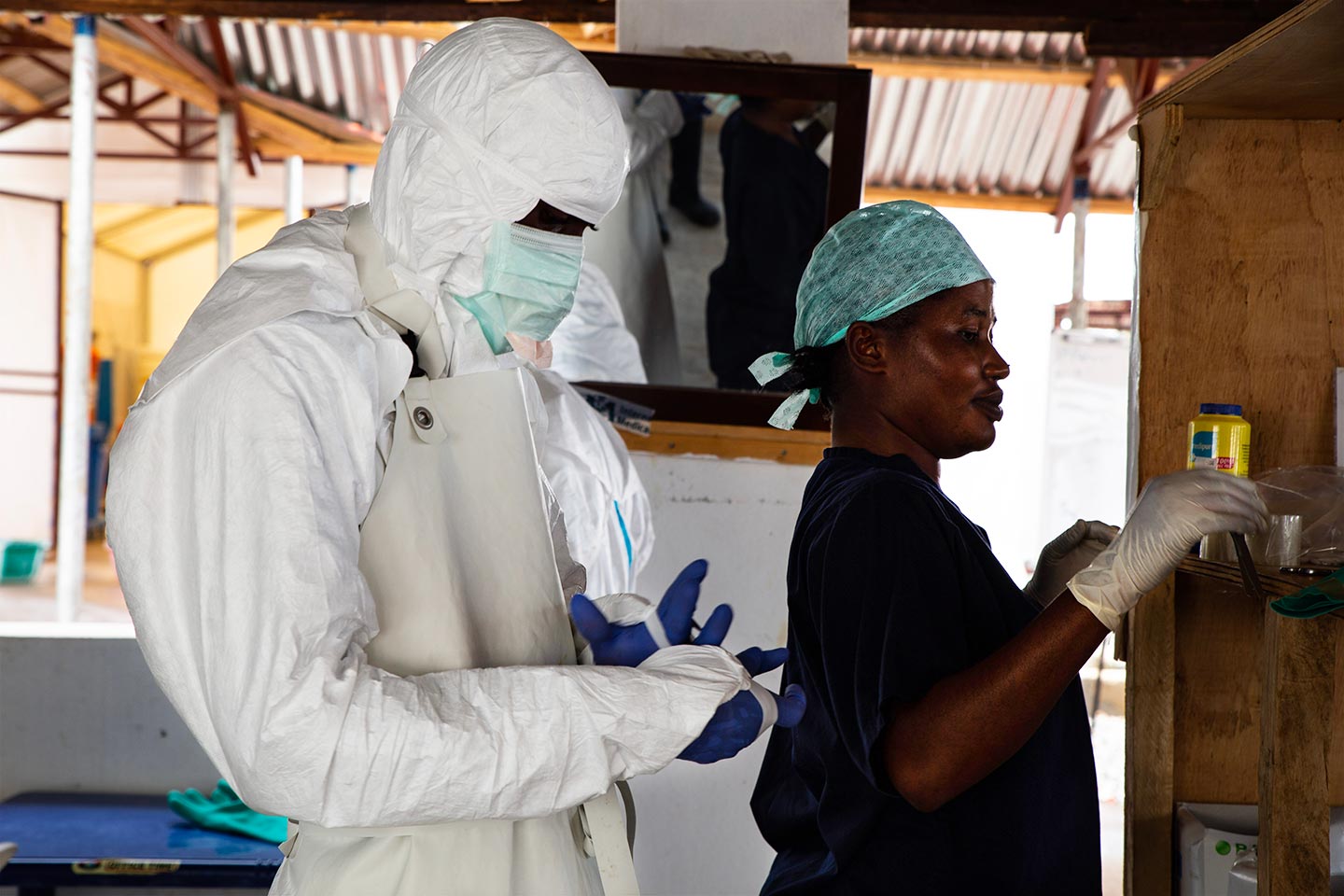 Geneva, 12 January 2021 – A global emergency stockpile of 500,000 doses of Ebola vaccine, funded by Gavi, will be available to all countries for outbreak response following a procurement process concluded by UNICEF with a vaccine manufacturer. Gavi-eligible low- and lower middle-income countries will be able to access the stockpile free of charge and will receive support for operational costs to conduct outbreak response immunisation activities.

Prior to playing a central role in the global collaboration to make COVID-19 vaccines available to all countries, Gavi supported the establishment of the Ebola vaccine stockpile to strengthen the world’s defenses against the threat of devastating infectious disease outbreaks. Through its innovative financing mechanism, the Advance Purchase Commitment (APC), Gavi created strong incentives for manufacturers to accelerate their Ebola vaccine developments that were already under way. Gavi did this by committing to procure doses once a safe and effective vaccine was prequalified by the World Health Organization (WHO).

This APC also ensured that doses of investigational vaccine could be deployed on a “compassionate use” basis during outbreaks before the vaccine was licensed. Thanks to joint efforts by Gavi, WHO, UNICEF and the U.S. Government, and a strong partnership across the Vaccine Alliance, this helped end the outbreak in North Kivu and Ituri provinces with over 300,000 people vaccinated against the disease in the DRC and neighbouring countries.

“This is a true success story for the Vaccine Alliance that illustrates the strength of our public-private partnership. The accelerated development of the Ebola vaccine was possible thanks to a first-of-its-kind agreement between Gavi and the vaccine manufacturer, which set a precedent for fast-tracking development and production of vaccines against COVID-19,” said Gavi CEO Dr Seth Berkley. “By creating a stockpile of 500,000 doses of the Ebola vaccine, available to all countries, we can help prevent loss of life and swiftly end Ebola outbreaks in the future.”

The stockpile will include licensed doses of the Ebola vaccine manufactured by MSD, known as Merck inside the United States of America and Canada, which has received approval from the European Medicines Agency (EMA) and the U.S. Food and Drug Administration (FDA), in addition to prequalification from WHO. The first deliveries of doses into the stockpile are being funded through a US$ 20 million contribution from the United States Agency for International Development (USAID), committed in 2017 and specifically dedicated to support a stockpile of licensed Ebola vaccines to help tackle future outbreaks of this disease. Decisions on vaccine allocations from the stockpile will be made by an International Coordinating Group (ICG) comprising WHO, UNICEF, International Federation of Red Cross and Red Crescent Societies (IFRC) and Médecins Sans Frontières (MSF).

“The stockpile of thousands of Ebola vaccines is a ground-breaking development,” said UNICEF Executive Director Henrietta Fore. “It is testimony to the unrelenting and unprecedented efforts of this global partnership to fight Ebola outbreaks -- and it provides an opportunity to learn from this success as we prepare for the global rollout of COVID-19 vaccines.”

There are currently several other candidate Ebola virus disease (EVD) vaccines at different phases of development that may be eligible for eventual inclusion into the stockpile once they have received WHO prequalification and if their profiles meet the Strategic Advisory Group of Experts (SAGE) on Immunization recommendations.

Thanks to its market shaping efforts, the Vaccine Alliance created an enabling environment that led to an increase in the number of vaccine manufacturers from 5 in 2001 to 17 in 2019, thus making effective, life-saving vaccines more affordable for the world’s poorest countries. Gavi plays a key role in improving global health security by supporting health systems, as well as funding global stockpiles for Ebola, cholera, meningococcal and yellow fever vaccines.