Ahead of Seth Berkley’s speech to the 2017 graduating class at Johns Hopkins University in Washington, DC on 23 June, Global Health published a two-part Q&A with the Gavi CEO. In this second article, Seth shares his concerns about the expansion of the vaccine hesitancy movement, explains why digital identity technologies in low- and middle-income countries can help improve vaccine coverage, and discusses the value of testing the potentially important malaria vaccine. 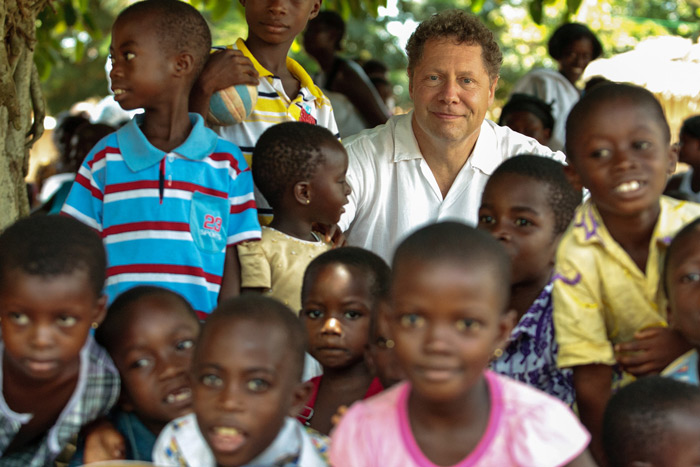 Let’s talk about vaccine hesitancy. It’s a significant issue in developed countries, leading to measles outbreaks in the US and elsewhere. How should the public health community respond to vaccine hesitancy? And do you see this as a growing concern in low- and middle-income countries?

One of the challenges is that public health is about trust. If you think about it, we basically mandate, in many countries, the use of vaccines. We’re giving healthy young children a substance that, by the way, hurts when they get an injection, at least a little, and kids are all crying. And then they get a fever afterwards, or feel slightly sick. And so, you have to have trust from the parents that whatever we’re injecting in them is high-quality and, that this is actually going to be good for the child. And if we start losing trust in institutions, we have a real problem in public health. The problem in the wealthy countries, part of it is that they just don’t see these diseases anymore, and, rightfully said, “Well I don’t see these diseases, and why should I have my kid injected?”

The second thing that’s happened though, and this is the thing that’s worrying me more, is that there’s been a more systematic engagement by an anti-vaccine movement that part of it is maybe true believers, but part of it are people who are trying to make money off it, and trying to sell alternative medicine treatments, and do other things.

Obviously if you’re living in a country in Africa, you see people dying of these diseases. You know they’re real. In that sense, they’re motivated to have vaccines. But, if they have any concerns, and they go on the internet and search, and what they see is, oh my God, in the US people don’t want their kids to get vaccinated because of these horrible things that are being reported, or false news about connections between one disease and immunization, that can spread rapidly. So, we need to realize that that contagion could occur rather quickly. And we’re beginning to see more and more cases where, in other countries we’re seeing some vaccine hesitancy occur.

In a recent commentary for MIT Technology Review, you advocated for use of digital identity technologies in LMICs. How could these improve health?

What people don’t understand, that in developing countries the most common, vital registrations is not a birth certificate. It’s not a death certificate. It’s not a marriage certificate. It’s actually a child health card. In most countries, 95%, 98% of kids get the first vaccine. And when they do, they get a child health card. So, this is the most universal of all documents. The challenge is that that’s not connected to a vital registration system. In those same countries, you might have 10%, 15%, 20% of people registered for birth. Now, why is that a problem? Well, later on in life, there are reasons you want people to know where people are: you want to give them a voter document, you might want to tax people… It’s easy to know who’s in school, but who’s not in school—what girls are missing school, for example. All of this would help, if we had good vital registration.

And then for us in the work we do, one of the biggest problems we have is what’s the denominator? I was just in Angola last week, and until last year or two years ago, they hadn’t had a census for 40 years. They had a denominated number, but it was wildly off. So, whether it’s to order vaccines for the country, or for a region, or for a community, or it’s to say how many kids should be vaccinated, and then to get a sense of how good their coverage is, this is very, very difficult to do.

My last question is on the malaria vaccine, and the pilot tests being done in Ghana, Kenya, and Malawi of the RTS, S. It’s not a perfect vaccine.

The initial trial results have shown the efficacy for severe malaria is 57%, and then it’s waned rapidly in infants and young children. So, why is it important to get that vaccine into field trials now, rather than waiting for a more effective vaccine? 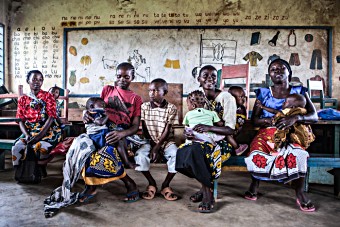 Mothers wait with their children during the introduction of the pneumococcal vaccine in Kenya. Credit: Gavi/2013/Evelyn Hockstein.

First of all, it’s going to be a decade or more before we have a new vaccine that’s going to be at the stage this is, which is having finished full efficacy trials, and having been looked at by a regulator and approved for usage. Number two is that in the trials, which were extremely well done, and the efficacy rate actually is lower than you mentioned for symptomatic malaria outbreaks, and it was actually 39%—but, given how frequent malaria cases are, the estimate was you would save one life for every 200 immunizations you did.

Now, the challenge is that in the trials, which were well done with 80% bednet use and rapid treatment of children with fever, [there] were no deaths, in either the control group, or the vaccine group. So, what we don’t know is two things. One, this vaccine, the way it’s being delivered requires 4 doses, 3 of which are outside of the normal vaccine schedule. Is that doable? What would the uptake be? Second, what would the real-life efficacy be? Would it be 39%? Would it be 57%? And would you see reductions in deaths, or not? Now, based upon those 2 questions, you would have to make a decision on whether this vaccine was useful or not in a setting. The last thing I’d say is that there is some interesting data that suggests that by slightly tweaking the dosage of the vaccines, and timing of them, you might be able to get a higher efficacy. And so, there is some intriguing work that can be looked at.

If you just killed the vaccine, you would lose any opportunity to build on it. The manufacturer would just pull out, and there’d be no product available, etc. So, this also allows continuing improvement of it. Now, will we get a vaccine that is going to be a blockbuster out of this? You know, I think the answer to that is, Not likely. Could we get a vaccine that would be an additional tool in the armamentarium that might be useful for some countries? We very well might. But I think that’s what the trials are going to be able to answer.

How many years away are we from getting the results from these trials?

It’ll take 4 or 5 years to get those results. Remember, this is also the first time we’ve had a vaccine against a parasite that has shown an efficacy rate that would be serious, like 1 in 200 children’s lives saved. We expect it would take time to improve upon. We’ve seen this in the past. For years, we used cholera vaccines that had relatively low efficacy until 2nd and 3rd generations came out with much higher efficacy. So, I don’t think we need to be discouraged that that won’t ever be a much better vaccine for malaria. But also, we may be surprised that with some tweaks and some better understanding, this vaccine itself might look better than had originally been thought. Or worse, as the case may be. And that’ll only science will tell us that.

I’ll just say one other thing, which I think is important. What we’re going to see is continued evolution of microbes. This is the whole antimicrobial resistance, etc. And with global warming, with changes in climate, with a population that’s going to grow—I mean Africa’s going to quadruple in population by 2100—we are going to see huge pressures, huge movement of people, huge environmental issues, and this is going to mean a world of continued infectious diseases. We need to keep that in mind because vaccines are the best tool in our armamentarium. We know vaccines can prevent antimicrobial resistance, and even reverse it.

I think we have every evidence to suggest infectious diseases will continue to be a problem. And I would argue perhaps an increasing problem, given these evolutionary pressures, and the changes we’re seeing in the world. So, this type of work becomes incredibly important to continue to engage and innovate in.

The article was first published in Global Health NOW a news website and free weekday e-newsletter of essential global health news and views. Global Health NOW is an initiative of the Johns Hopkins Bloomberg School of Public Health.