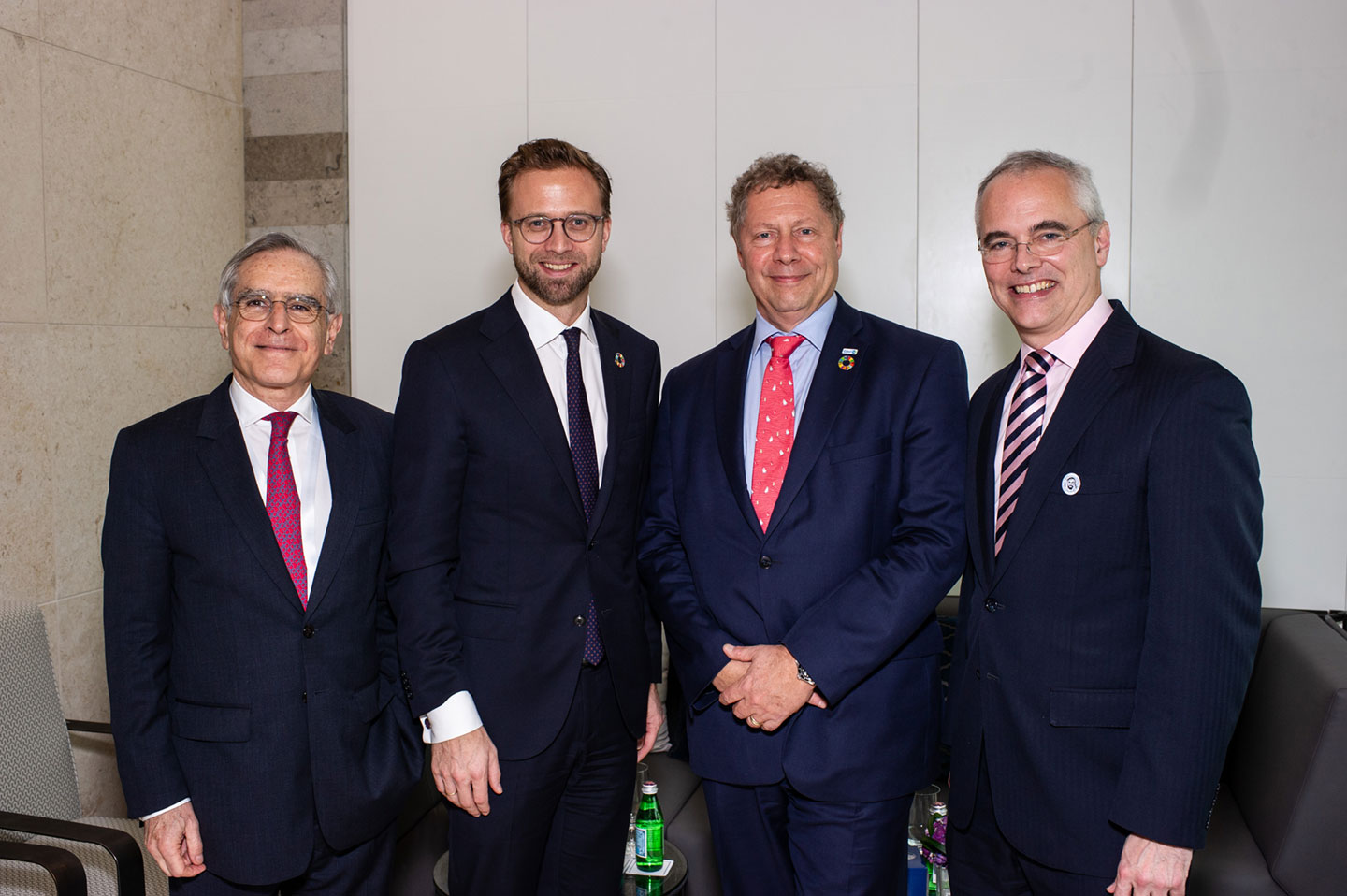 Abu Dhabi, 12 December 2018 – The Board of Gavi, the Vaccine Alliance has approved a proposal for the Kingdom of Norway to support the Coalition for Epidemic Preparedness Innovation (CEPI) through the issuance of bonds backed by a new Norwegian pledge to the International Finance Facility for Immunisation (IFFIm). The IFFIm Board has also expressed its support for this novel arrangement.

CEPI, which is developing new vaccines for some of the world’s most dangerous infectious diseases, will draw on IFFIm’s capacity to raise short-term financing on capital markets based on long-term contributions from donor countries. Since 2006, IFFIm has applied this “frontloading” model to accelerate funding for Gavi’s many immunisation and health system strengthening programmes in low-income countries.

Under the just-approved arrangement, IFFIm will, on CEPI’s behalf, issue bonds on international capital markets supported by new pledges from the Kingdom of Norway, which hosts CEPI. Norway and CEPI have turned to IFFIm because of its simplicity, speed of execution, cost, compliance and strong reputation among investors.

“IFFIm’s frontloading capacity will give a major boost to CEPI’s efforts to fight some of the deadliest diseases for which there are, so far, no effective vaccines,” said Gavi CEO, Dr. Seth Berkley. “We’re proud to be supportive of CEPI, whose promise is consistent with Gavi’s mission: to provide millions around the world with vaccines that can protect them from deadly and devastating diseases.”

CEPI is an innovative partnership between public, private, philanthropic, and civil organisations launched in Davos in January 2017 to develop vaccines to stop future epidemics. Since its launch CEPI has announced two calls for proposals. The first was for candidate vaccines against CEPI’s priority pathogens; to date, CEPI has invested more than US$ 260 million to develop five vaccine candidates against Lassa virus, four against MERS-CoV, and two against Nipah virus. The second call was for the development of platforms that can be used for rapid vaccine development against unknown pathogens.

CEPI has received multi-year funding from Norway, Germany, Japan, the Bill & Melinda Gates Foundation, and Wellcome. CEPI has also received single-year investments from the governments of Australia, Belgium, and Canada. It has reached US$ 630 million of its US$ 1 billion funding target. The European Commission has announced co-funding of €200 million that will support relevant projects through EC mechanisms.

“IFFIm is a powerful tool, allowing us to match availability of government resources with vaccine financing needs. In addition to enabling accelerated vaccine development, this decision is an excellent example of how established institutions like Gavi and CEPI can leverage each other’s resources in a collective approach to making the world a safer place”, said Nikolai Astrup, Norwegian Minister for Development.

“We are delighted about this new application of IFFIm as a financial instrument,” said Richard Hatchett, CEPI´s CEO. “Developing vaccines to protect the world against epidemic and pandemic disease is critically important but presents significant financial and budgetary challenges. Innovative financing mechanisms such as IFFIm provide governments increased flexibility to support such efforts, making the world safer by accelerating access to epidemic vaccines

“On behalf of the IFFIm Board, we are delighted to have the opportunity to provide CEPI and the Government of Norway access to IFFIm’s frontloading capacity,” said Cyrus Ardalan, Chair of the IFFIm Board of Directors. “This is a significant and very positive development for IFFIm, and we look forward to helping CEPI explore new, life-saving vaccines.”

IFFIm has disbursed more than US$ 2.6 billion that Gavi has used to introduce and maintain routine vaccination programmes in the world’s 73 poorest countries. It has also made it possible for more than 80 million children to be vaccinated through routine immunisation programmes ahead of receiving the donors’ grants.

The decision, made during the Gavi Board meeting on 29 November, was announced during Gavi’s mid-term review, held in Abu Dhabi, United Arab Emirates (UAE) on 10-11 December. The event is a high-level conference celebrating Gavi’s progress and impact in the world’s poorest countries. By the end of 2018, Gavi will have contributed to the immunisation of 700 million people and the prevention of more than 10 million future deaths. This has contributed to an acceleration in the decline of global under-five mortality rates and brought wider impact beyond immunisation.

As well as reviewing progress made since the last Gavi replenishment in Berlin in 2015, this high-level conference is also an opportunity to shape Gavi’s future and help overcome the challenges preventing children from receiving the full course of recommended vaccines. Immunisation is a cost effective and high impact intervention that is core to primary health care and provides a robust platform to deliver better health for all.