DRC recognised for its immunisation efforts 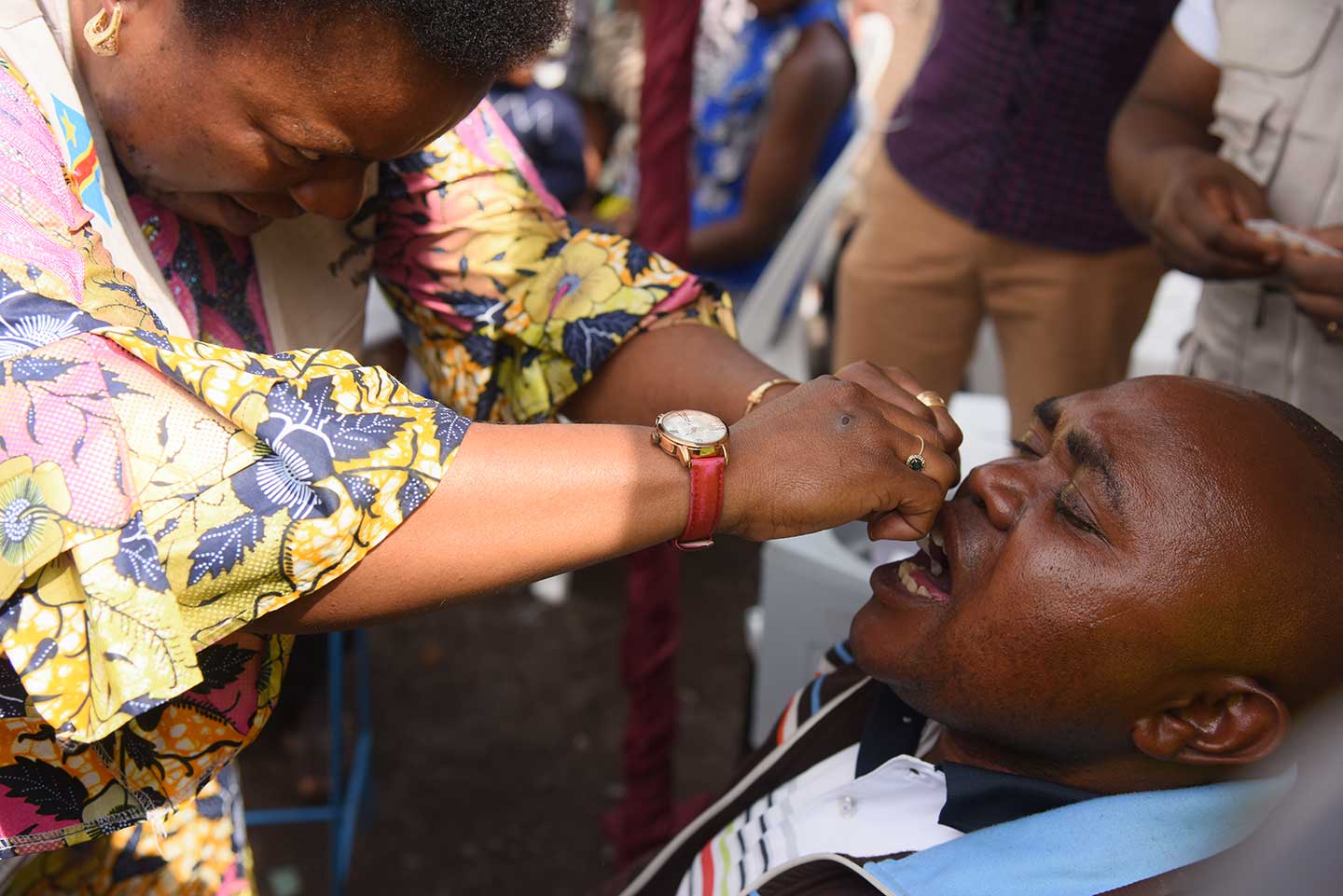 KINSHASA, 23 June 2020 – The Government of the Democratic Republic of the Congo (DRC) has just disbursed US$ 16.4 million for the purchase of vaccines, double what it spent in 2019, in accordance with the commitment made at the National Forum on Immunisation and Polio Eradication in July 2019.

Technical and financial partners, including Gavi, UNICEF, WHO, World Bank, IMF, CDC, Rotary, the Bill & Melinda Gates Foundation, DFID and USAID, have supported the Congolese government in its efforts to ensure that all children are immunised and epidemic outbreaks avoided. This has led to effective government funding of traditional vaccines, to prevent tuberculosis and measles for example, and co-financing of new vaccines, such as those for rotavirus diarrhoea or pneumococcal pneumonia.

The DRC Government thus successively released US$3.5 million, US$3.1 million and US$9.8 million between 1 April and 31 May 2020. DRC has also recently fulfilled its commitments to co-finance Gavi-supported vaccines in 2019 and 2020.

“I would like to commend the Government of the DRC for its efforts," said Thabani Maphosa, Gavi's Managing Director of Country Programmes. “Vaccine availability is an essential condition for increasing immunisation coverage, saving lives and protecting Congolese children from vaccine-preventable diseases.”

“The IMF welcomes the efforts of the DRC Government to meet its financial commitments to support immunisation, and it will be important for this routine expenditure to now become fully integrated into the State budget," said Philippe Egoumé, International Monetary Fund Resident Representative in the DRC.

According to the 2018-2019 MICS, only 35% of children aged 12 to 23 months in the country are fully immunised, 45% are incompletely immunised, and 20% received no vaccines at all. A 2018 analysis by the Expanded Programme on Immunisation (EPI) revealed that the major reason for this situation is the poor availability of vaccines throughout the country, often due to delayed funding.

“Faced with potential vaccine shortages, UNICEF had committed its own funds to pre-finance their purchase — US$ 3 million for the third quarter of 2019 and US$ 4.1 million for the first quarter of 2020 — to ensure vaccines would be available during this period," said Edouard Beigbeder, UNICEF's Representative in DRC.

Despite progress in recent years, the DRC has one of the highest infant mortality rates in the world, 70 per 1,000 live births, and 1.8 million children do not receive a full complement of vaccines each year.

In recent years, the country has experienced significant outbreaks of measles, polio, cholera and yellow fever — all vaccine-preventable diseases. Since January 2020, the country has recorded 62,057 suspected measles cases, including 828 deaths (case fatality: 1.33%). The country is also facing a new outbreak of Ebola virus disease.

The funds provided by the DRC Government to procure vaccines will help consolidate the results of the emergency plan established by the authorities to strengthen routine immunisation. The Mashako Plan — officially known as the Emergency Plan for the Revitalisation of Routine Immunisation in the DRC — was launched in October 2018 to tackle the low immunisation coverage rate. In 2019, it was able to increase the number of immunisation sessions by 50% in areas with low immunisation rates.

“With the Mashako Plan, DRC is demonstrating that strong national leadership can improve immunisation coverage," said Dr. Amédée Prosper Djiguimdé, the Officer in charge of the World Health Organization's office in the country. “Increasing the national contribution for vaccine procurement is a key step towards ensuring that recent progress is sustained".

“The World Bank welcomes these efforts by the DRC Government, because the good health of its population is fundamental to the country's economic growth," said Jean Christophe Carret, World Bank Country Director for the DRC. “We stand with the DRC in its efforts to save lives and support the government.”

Even as the country is facing a drop in immunisation rates, data from WHO, UNICEF and Gavi suggest the coronavirus pandemic could further aggravate the situation. The health workers who provide routine immunisations do not routinely have access to adequate personal protective equipment, and parents are reluctant to come to immunisation sessions for fear of exposing their children to the virus.

It is therefore important that catch-up campaigns are launched and immunisation activities intensified throughout the country as soon as the situation allows, so that all children can be reached.

UNICEF promotes the rights and wellbeing of every child, in everything we do. Together with our partners, we work in 190 countries and territories to translate that commitment into practical action, focusing special effort on reaching the most vulnerable and excluded children, to the benefit of all children, everywhere.

Gavi, the Vaccine Alliance, is a public-private partnership that helps vaccinate almost half the world's children against some of the world's deadliest diseases. Since its inception in 2000, Gavi has helped to immunise an entire generation — more than 760 million children — and prevent more than 13 million deaths, reducing child mortality by half in 73 developing countries. Gavi also plays a critical role in improving global health security by supporting health systems and funding global vaccine stocks for Ebola, cholera, meningitis and yellow fever. After two decades of progress, Gavi is now working to protect the next generation and reach children who have been left behind and missed out on immunisation, through innovative financial mechanisms and leveraging advanced technologies — from drones to biometrics — to save millions more lives, prevent outbreaks before they spread, and help countries achieve self-sufficiency. For more information, visit www.gavi.org.fr and join us on Facebook and Twitter.