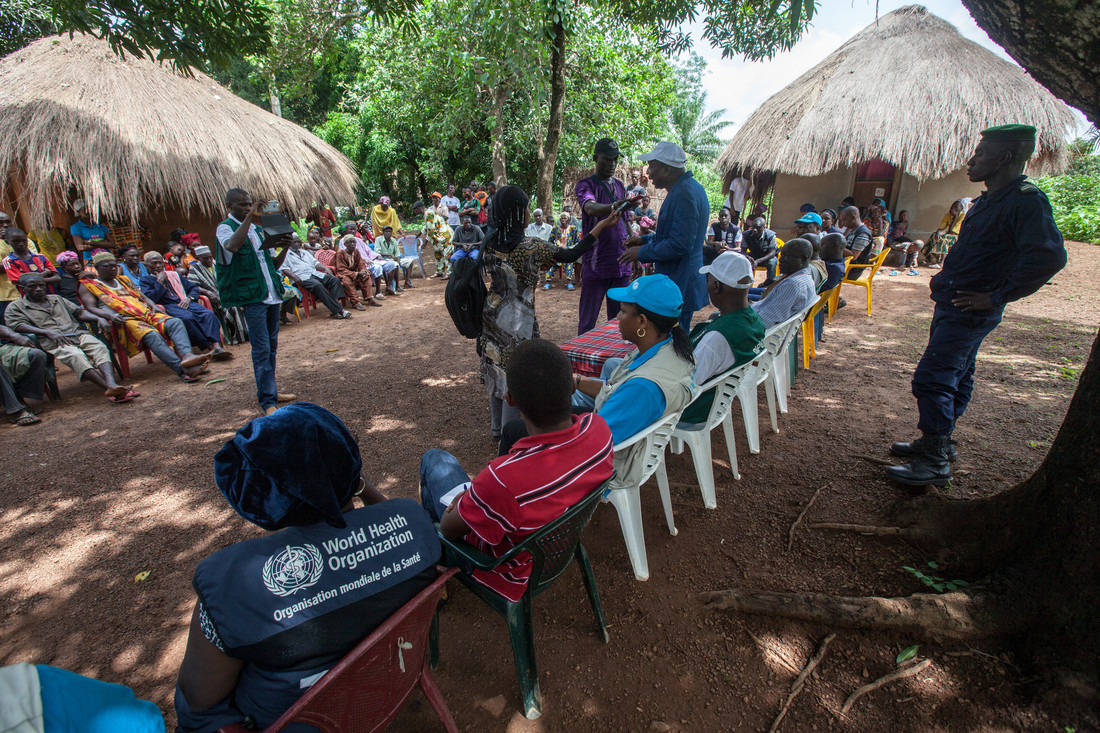 New Delhi, 5 December 2019 – A global emergency stockpile of Ebola vaccines will be available to countries for outbreak response and prevention following the approval of a new Ebola vaccine programme by the Board of Gavi, the Vaccine Alliance, which met this week in New Delhi, India.

Gavi will open a new funding window, with estimated investment of US$ 178 million between now and 2025 for the new Ebola vaccine programme. Gavi-supported low- and middle-income countries will be able to access the stockpile free of charge and will receive support for the operational costs of vaccination campaigns. Wealthier countries will be able to access vaccines but will be expected to self-finance.

As well as creating the emergency stockpile, Gavi will also support targeted preventative vaccination outside of an outbreak in high-risk populations, such as health workers, in countries at risk. The target populations and scope of countries will be based on future recommendations by the WHO’s Strategic Advisory Group of Experts on Immunisation (SAGE).

“Today, I think about Ebola victim Dr Ameyo Adadevoh, a true vaccine hero who died stopping the Ebola virus from spreading in Nigeria and we should all be excited by the Alliance decision,” said Dr Ngozi Okonjo-Iweala, Chair of the Gavi Board. “This is a historic milestone in humanity’s fight against this horrific disease. Just five years ago we faced an Ebola outbreak in West Africa with no vaccine and no way to treat the disease. Today, thanks to the heroic efforts of countless patients, health workers, scientists, manufacturers, donors, partners as well as the leadership of African countries, we now have one vaccine approved for use and more on their way, as well as rapid diagnostics and several promising treatments. With these tools at our disposal, the battle against Ebola can be won, and I’m proud of the role Gavi has played in this.”

The WHO’s SAGE Working Group on Ebola Vaccines and Vaccination has provided guidance that the global emergency stockpile should be maintained at 500,000 licensed doses of vaccines. The price of Ebola vaccines funded by Gavi will be defined as part of a tender process managed by UNICEF, as Gavi’s partner and procurement agency.

There are currently eight candidate Zaire Ebolavirus vaccines at different phases of development. This includes Merck’s vaccine currently being used under compassionate use as part of the response to the ongoing DRC outbreak, which has recently received conditional marketing approval from the European Commission and prequalification from the WHO. More than 250,000 people have received it since the outbreak started in August last year. Moreover, close to a thousand people have received a second candidate vaccine manufactured by Johnson & Johnson as part of a study in North Kivu, DRC.

“The Ebola vaccine has shown extraordinary efficacy in tackling the outbreak in the DRC,” said Dr Seth Berkley, CEO of Gavi, the Vaccine Alliance. “This achievement demonstrates the Alliance at its best. Now that funding has been approved, we will get to work with manufacturers and our Alliance partners to build the stockpile. It will be critical for Gavi to secure enough funding for the 2021-2025 period to maintain this Ebola vaccine programme in order to protect people, health systems and economies that may be threatened by this devastating disease in the future.”

A coordinating mechanism to decide how and when the vaccine stockpile will be deployed will be established with partner organisations.

Completion of the malaria vaccine pilots

The Gavi Board approved US$ 11.6 million in further funding to support the RTS,S malaria vaccine implementation programme for 2021-2023.

This year, the malaria vaccine was introduced in selected areas of three African countries – Ghana, Malawi and Kenya. The pilot implementation programme will evaluate the feasibility of delivering four doses of RTS,S through childhood vaccination clinics as well as the vaccine’s potential role in reducing childhood deaths and its safety in the context of routine use. The pilots aim to vaccinate around 360,000 children per year in the three countries.

In an unprecedented collaboration, Gavi, the Global Fund to Fight AIDS, Tuberculosis and Malaria and Unitaid together provided just under US$ 50 million to fund the first phase of the pilots from 2017-2020. The additional funding for 2021-2023 to complete the pilot programme is expected to mirror the previous tripartite approach. WHO, PATH, and GlaxoSmithKline (GSK) are providing additional in-kind contributions, including a donation by GSK of up to 10 million vaccine doses for use in the pilots.

“Clinical testing has demonstrated that the vaccine has the potential to protect children at an age when they are most vulnerable to the disease,” said Dr Berkley. “Together with insecticidal nets, prompt diagnosis and effective antimalarial treatment, this vaccine has the potential to save the lives of millions of children in Africa, particularly given the ability of the vaccine to reach the most vulnerable.”

Globally malaria is a leading cause of death in children under five. In 2018 there were an estimated 228 million malaria cases and 405,000 deaths, the vast majority in Africa. While mortality has dropped since 2000, in recent years progress has stalled and in some countries, particularly in sub-Saharan Africa, the malaria burden is growing.

Considering the global burden of malaria as well as the potential number of lives saved by this vaccine, the Gavi Board also decided to explore options to ensure continued production of the malaria vaccine beyond the GSK donation of 10 million doses to the pilots. This comes in advance of a WHO recommendation on wider use and a Gavi decision on funding broader roll-out of the vaccine. To avoid supply disruption, Gavi will work with partners to identify as soon as possible third parties to share the risk of investing in continued production of RTS,S.

The Gavi Board approved an initial series of adjustments in its funding policies to support the strategic shifts in Gavi’s 2021-2025 strategy. This includes an intensified focus on equity, ensuring the programmatic sustainability of immunisation programmes, tailoring the Alliance’s support to countries and simplifying Gavi’s processes.

Board members also called for the Alliance to continue to strengthen collaboration with other agencies working in health to better align support to countries, especially through the Global Action Plan for Healthy Lives and Wellbeing for All(GAP). For instance, Gavi’s strategic focus on equity and reaching zero-dose children with vaccines can be a platform for the broader health community to reach missed children and families with a broader package of services and strengthen primary healthcare.

Sarah Goulding, Assistant Secretary, Education, Social Protection and Human Development Finance at the Australian Department of Foreign Affairs and Trade (DFAT), was appointed by the Gavi Board as its new Vice Chair, effective as of 1st January 2020. Ms Goulding replaces Mr Bill Roedy, Global Health Ambassador and Former Chairman and Chief Executive Officer of MTV Networks International (MTVNI), who joined Gavi in 2010 as its first envoy.

The Gavi Board meeting took place in India where the leadership and political commitment of the government and its Prime Minister Narendra Modi have set the pace for accelerating immunisation coverage and new vaccine introductions. With a vision to reach over 90% full immunisation coverage across the country, India has introduced six new life-saving vaccines in the past few years and strengthened its health systems with catalytic support from the Gavi Alliance.

This was the last Board meeting before the UK government and Gavi hold a major international conference in London on 3-4 June 2020 to raise funds needed to immunise 300 million people and avert over seven million deaths over the 2021-25 period. This will bring the total number of children vaccinated with Gavi support since its inception in 2000 to over one billion.