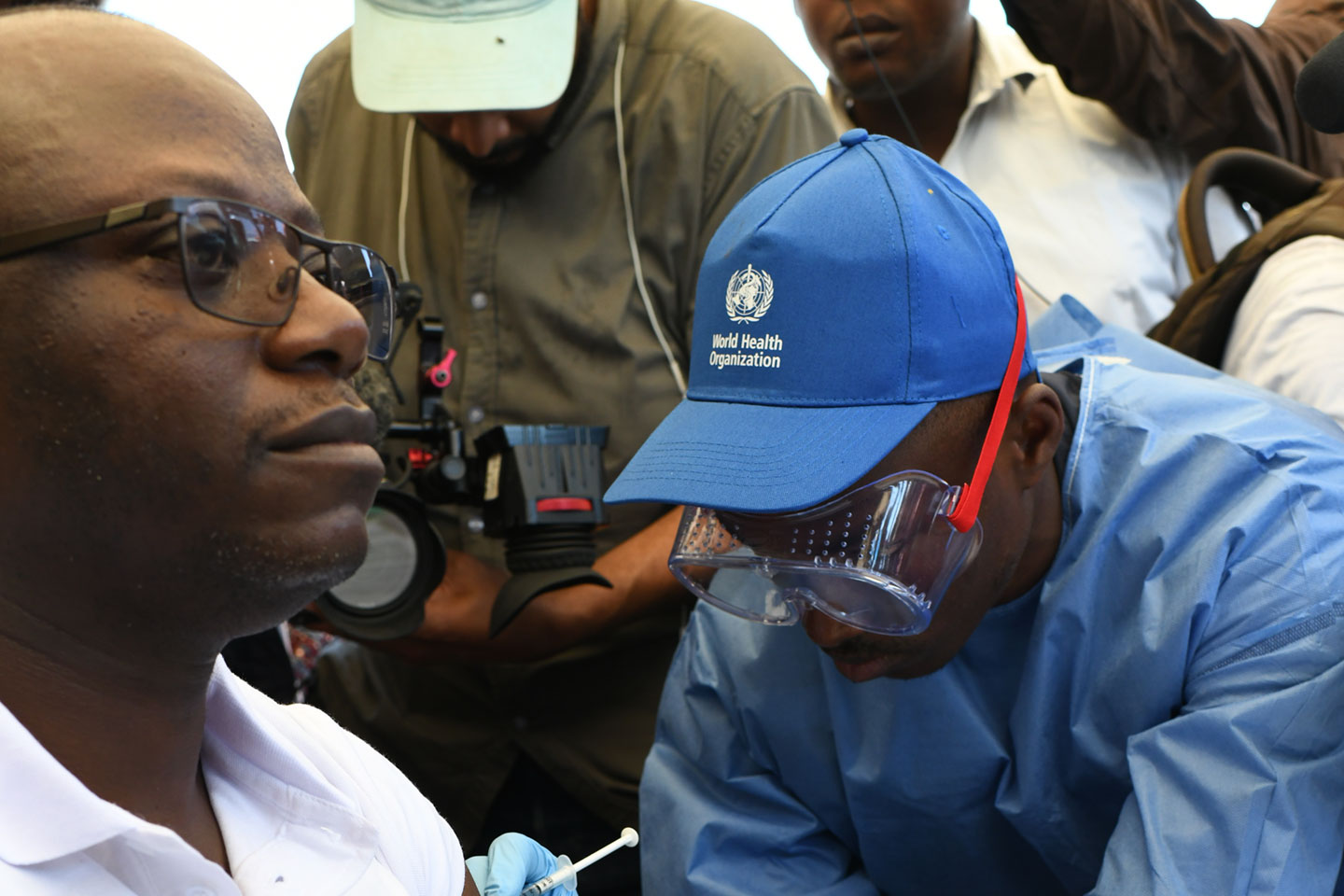 Vaccine Alliance provides over US$ 9 million to fund Ebola vaccinations in Eastern DRC.

Geneva, 20 May 2019 – Gavi, the Vaccine Alliance has provided an extra US$ 9.2 million to support Ebola vaccinations in the Eastern Democratic Republic of the Congo (DRC), where the Ebola outbreak has now claimed over 1,100 lives.

The new funding for the WHO will support operational costs for the vaccination effort, funding the vaccination teams, transportation, syringes and other vaccine supplies, as well as the ultra-cold fridges which keep the vaccine at the minus 60-80°C temperatures it needs to remain effective. The vaccine itself is being donated by Merck under compassionate use.

“Ongoing violence and mistrust in the region remain the biggest barriers we face in bringing this outbreak, now the second largest in history, under control,” said Dr Seth Berkley, Gavi CEO. “The evidence we have so far suggests we have a hugely effective vaccine that is making an impact on the ground. However, it is a sad fact that this impact has only been possible thanks to the sheer bravery of the vaccinators working in areas of increasing instability.”

A recent publication based on data gathered in the DRC outbreaks, under investigational protocol, showed highly encouraging results. Ten days plus after vaccination, the efficacy for the rVSV-ZEBOV vaccine was estimated at 97% against Ebola and at 100% against death among individuals that did contract the disease.

Despite the challenging security situation in the area, over 114,000 people at risk of being infected have so far been vaccinated in Eastern DRC. This figure includes over 30,000 front line and health care workers who have been vaccinated in areas affected by the outbreak. To prevent the outbreak from spreading to neighbouring countries, front line and health care workers are also receiving the vaccine in neighbouring areas in Goma, South Sudan, Uganda and Rwanda, with Burundi preparing to begin vaccinations soon.

The new funding will run until July 2019 and brings the total support provided by Gavi to the vaccination effort since the start of this outbreak to US$ 15.1 million, including US$ 2 million for neighbouring countries.

The Ebola vaccine stockpile is available thanks to an agreement between Gavi and the vaccine’s manufacturer, Merck. In 2015, during the West Africa Ebola outbreak, Gavi made a unique offer to all manufacturers that had a vaccine in Phase I clinical trials and beyond, offering a pre-paid commitment to procure doses of licensed vaccines as and when the vaccine becomes available.

In return the manufacturer would commit to submit an application for licensure to a stringent health authority and ensure an emergency stockpile of 300,000 doses would be available in the event of an outbreak in the meantime. In January 2016, an Advance Purchase Commitment between Merck and Gavi was signed, creating the stockpile of investigational doses that is being used in the DRC today.