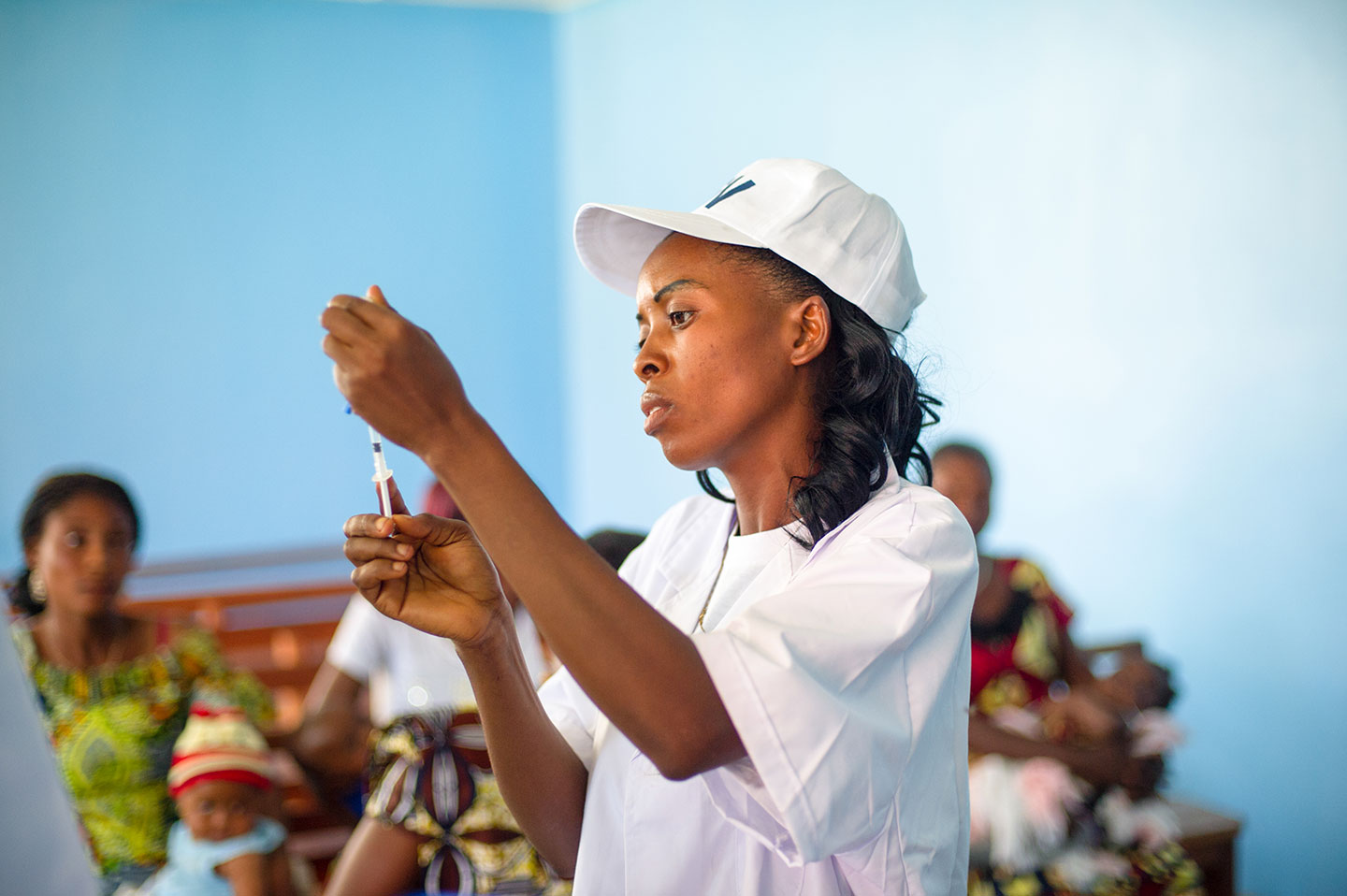 Geneva, 9 May 2019 – After the introduction of inactivated polio vaccine (IPV) into Zimbabwe and Mongolia’s routine immunisation programmes with Gavi’s support, every country worldwide, including all 73 Gavi-supported countries, have now introduced the vaccine which protects children against the disease.

“The commitment displayed by countries to introduce this vaccine so rapidly has been nothing short of remarkable,” said Dr Seth Berkley, CEO of Gavi, the Vaccine Alliance. “This is an unequalled achievement, which took the combined efforts of the global health community, governments and thousands of health workers across the globe. It is a global milestone in the fight against polio and we should all be proud of this effort, which moves us closer to a polio-free world.”

By the end of 2017 Gavi, backed by The Bill & Melinda Gates Foundation, Norway and the United Kingdom, had helped more than 75 million children to be immunised against polio with IPV. Nepal became the first Gavi-supported country to introduce the vaccine in September 2014, just ten months after the Gavi Board agreed to support the Global Polio Eradication Initiative’s (GPEI) efforts as part of the global effort to eradicate polio. Mongolia and Zimbabwe became the last countries to introduce the vaccine in April 2019.

“Introducing IPV into routine immunisation programmes is a critical milestone on our journey towards a polio-free world,” said Dr Tedros Adhanom Ghebreyesus, Director-General of the World Health Organization and Chair of the GPEI Polio Oversight Board. “It’s also vital that we use the infrastructure that has built up around polio immunisation programmes to ensure that all children receive other nationally-recommended vaccines. Achieving universal health coverage means making sure that all children, rich and poor, receive the same protection from vaccine-preventable diseases.”

Polio is a highly contagious viral infection, mainly affecting children under the age of five, which can lead to paralysis or even death. Only three countries – Afghanistan, Nigeria and Pakistan – remain endemic to wild poliovirus.

“Pakistan has made important progress towards stopping polio in the country,” said Dr Zafar Mirza, Pakistan’s Minister of State for National Health Services, Regulations and Coordination. “Case numbers are decreasing, and the immunity gaps continue to decline thanks to both IPV and the oral polio vaccine (OPV). However, in high-risk areas of the country, pockets of under-immunised children are allowing the virus to survive. Pakistan has an opportunity to end transmission this year, and to do that, we need to reach every single child with polio vaccines. Our Government under the leadership of Prime Minister Imran Khan, is strongly committed to stopping transmission of the poliovirus and ensuring a polio free future for our children,” the minister added.

Thanks to global efforts and vaccination, since the beginning of 2019 only fifteen cases of wild poliovirus have been recorded in Pakistan and Afghanistan. Moreover, Nigeria, the third endemic country could be declared polio-free by the end of the year. Polio cases have fallen by 99% since 1988, from an estimated 350,000 cases to 33 reported cases in 2018.

As part of the global effort to eradicate polio, all countries needed to introduce at least one dose of IPV per child and to begin the phased removal of OPV. As a first step, the poliovirus type 2 antigen was removed from OPV in April 2016 in a globally synchronis ed effort. At that time, not all countries had introduced IPV prior to this global switch as a result of constrained supply due to challenges faced by manufacturers when scaling up production capacities in line with the increased global demand.

Now that all countries have introduced IPV, efforts need to be targeted towards stopping transmission as well as strengthening routine immunisation to increase coverage which is a pillar of the polio eradication strategy. A new strategy setting out the roadmap to achieving a lasting world free of all polioviruses by 2023 is being presented to the World Health Assembly next month, with Gavi’s involvement in the effort being further strengthened and built upon.

IPV consists of inactivated (killed) poliovirus strains of all three poliovirus types. It produces antibodies in the blood to all types of poliovirus. In the event of infection, these antibodies prevent the spread of the virus to the central nervous system and protect against paralysis.

OPV has been the predominant vaccine used in the fight to eradicate polio. The attenuated poliovirus(es) contained in OPV can replicate effectively in the intestine but are around 10,000 times less able to enter the central nervous system than the wild virus. This enables individuals to mount an immune response. Virtually all countries which have eradicated polio used OPV to interrupt person to person transmission of the virus.