Dr Osama Mere was born in Damascus and graduated from medical college at Damascus University in 1990. For five years, he served as head of Child Health and the national manager of the Extended Programme for Immunization (EPI) in Syria. In 2015, he became the acting country representative in Yemen for WHO. We talked to him about how Gavi has adapted its health system strengthening to ensure vaccines are still being delivered despite Yemen’s ongoing conflict. 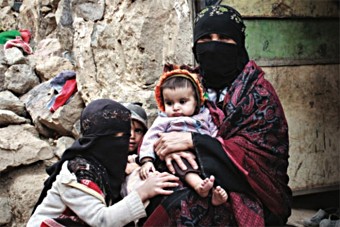 What are the main challenges of delivering vaccines in a conflict zone like Yemen, Dr Mere?

Dr Osama Mere (OM): The main issue is how to get vaccines into the country. The only way is through the UN flight via Djibouti, which needs the consent of the Arab Coalition. Fortunately, they let vaccines through.

Inside Yemen, the challenge is to distribute the vaccines across the country. In three or four districts. This is very difficult because of the ongoing conflict. But, in spite of this, we’re able to get vaccines into places like Taiz City, which is under virtual siege.

What support do you receive from the Vaccine Alliance in Yemen?

OM: Gavi helps us overcome the main challenge, which is the cost of vaccines. In 2015, the problem was the government had no funds. The cost of transporting the vaccines to the children that need them, things like transportation and wages, has also increased. Gavi helped us cover this.

How was Gavi’s health system strengthening support (HSS) adjusted to address the unique challenges of working in Yemen?

OM: Without HSS, it would have been very difficult to cope with the situation. It was the only fund available to us. Gavi has been extremely flexible. They’ve accepted that we need to act, do outreach and distribute the vaccines.

Could you describe how Gavi HSS support is used in Yemen today and what are the results?

OM: In 2015, we had 67% coverage with DTP3, with outreach activities supported mainly by Gavi, our main financier. Instead of our normal four rounds of outreach, we did five. Outreach activities were carried out like a campaign. We rented around 1,000 cars and sent them out into the field for five days with people trained using Gavi funds.

In every round of outreach, working from eight to five o’clock, we managed 6,000 or more immunisations, even covering remote villages and reaching places where there was no electricity and we had to use generators and solar power. So, that’s five rounds of outreach and 30,000 immunisation sessions. A big achievement in spite of everything.

Our people were also able to offer advice on nutrition, childhood illnesses and reproductive health.

Could you highlight any innovative approaches you’ve used in Yemen to reach communities on the frontlines?

OM: The Expanded Programme for Immunization (EPI) Task Force, the main body managing and leading immunisation activities during the crisis, was closely monitoring areas that required special care. They approached the local authorities and communities, who were very efficient in increasing accessibility.

How important is political support to the success of immunisation in Yemen?

OM: All the authorities on both sides have been very supportive. The de-facto vice-minister was attending most of the weekly meetings of the EPI Task Force in addition to the representatives of WHO and UNICEF. The whole country has worked to facilitate the delivery of vaccination services. But it has to be said that this hasn’t translated into anyone actually paying for vaccines. We’ve had to rely on Gavi and the UN for that.

What challenges does your organisation continue to face in maintaining and increasing immunisation coverage in Yemen?

OM: What we need to do is revitalise health facilities, especially vaccine departments. We must maintain the quality of immunisation services by training new staff – basic training and effective vaccine management – and making sure they’re supervised. We also have to guarantee the distribution and supply of vaccines into the country and distribute them properly.

But the main issue is to stick to five continuous rounds of outreach every year, based on very detailed micro-plans

What are the strengths of the Gavi model and how has this helped the Alliance work in Yemen?

OM: The key things are that the funding is available at the local level for use by the Minister of Health for Yemen and there’s flexibility in how it’s used. It all comes down to Gavi’s willingness to be flexible, which has been much appreciated in Yemen. It’s good that the HSS makes sure funds are used well and monitors activity correctly.

Ultimately, what would you say has been your biggest achievement?

OM: Sustaining routine immunisation coverage in Yemen in 2015 in spite of the armed conflict and the political unrest. All the new vaccines offered by Gavi were introduced in Yemen, including pentavalent, pneumococcal, rotavirus, measles-rubella and inactivated polio vaccine.