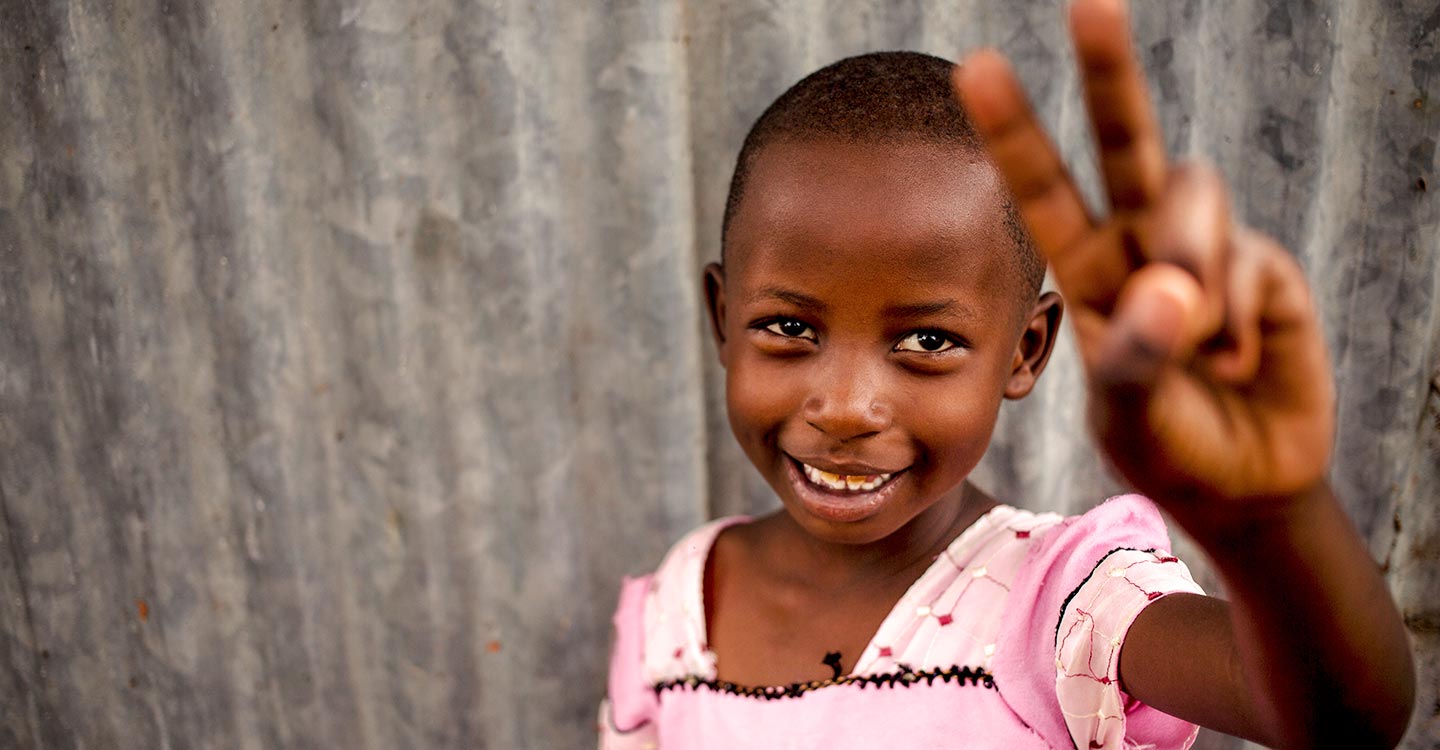 Check the indicators below to see how we performed against our mission and strategic goals. For a more detailed analysis of our progress in the period, download the 2015 Annual Progress Report (APR) below.

In the 2011–2015 period we used three indicators, each with specific targets, to measure progress against our mission: to save children's lives and protect people's health by increasing access to immunisation in poor countries.

The under-five mortality indicator measured the probability of a child born in a Gavi-supported country dying before reaching the age of five. 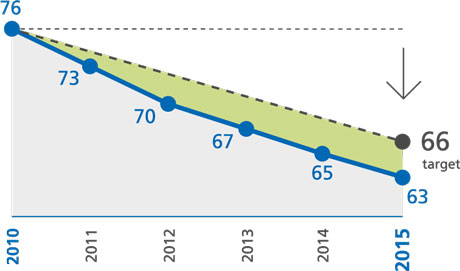 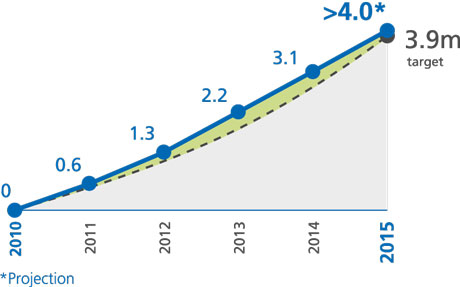 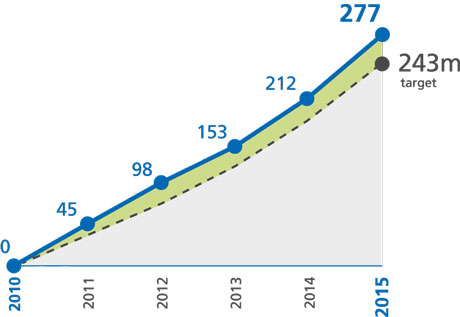 Two sets of indicators measured progress against our 2011-2015 vaccine goal to accelerate the uptake and use of new and underused vaccines. 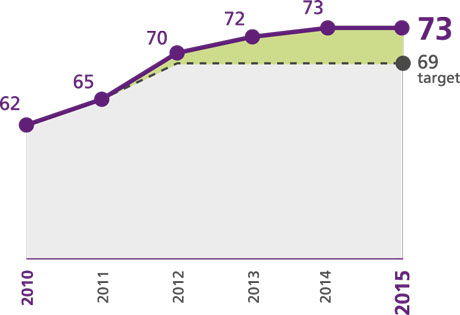 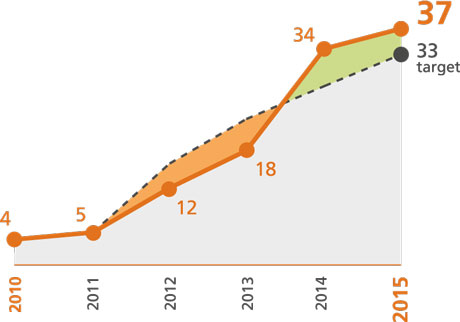 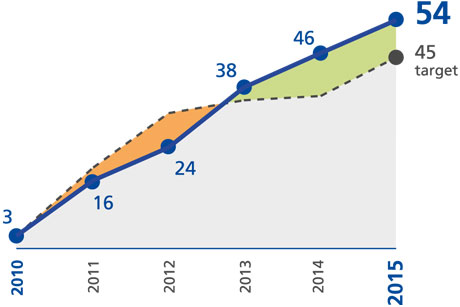 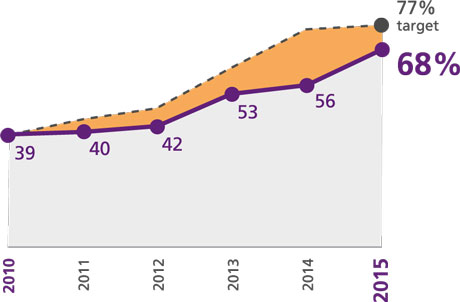 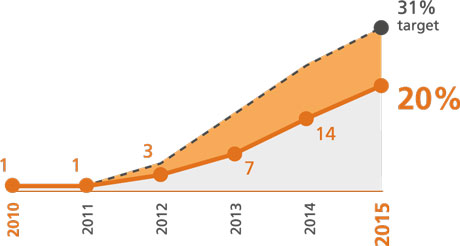 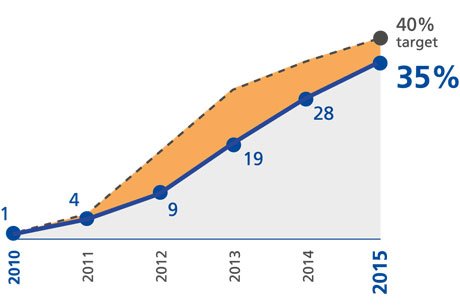 We used three indicators to measure progress towards achieving our second strategic goal: strengthening the capacity of integrated health systems to deliver immunisation.

This indicator measured the difference between the coverage of one dose of diphtheria-tetanus-pertussis vaccine (DTP1) and three doses (DTP3) of the same vaccine in 73 Gavi-eligible countries. This difference, the “drop-out rate”, is used as a standard measure of the strength of a health and immunisation system, demonstrating its potential to reach children with the third dose in a series.

Data sources
Targets: based on the assumption that Gavi’s investments in health and immunisation systems strengthening could support countries to decrease their drop-out rate by approximately half a percentage point per year. Progress: WHO/UNICEF coverage estimates. 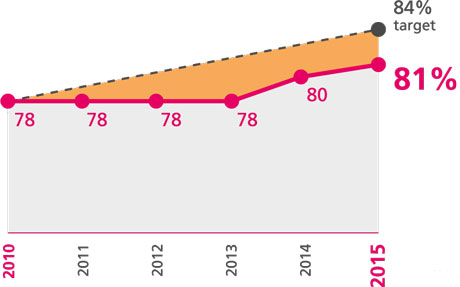 DTP3 coverage is a standard measure of the strength of immunisation and health systems. This is because the delivery of DTP3 requires three contacts with the health system at appropriate times. Also, DTP vaccine tends to be given through routine national immunisation programmes rather than campaigns. 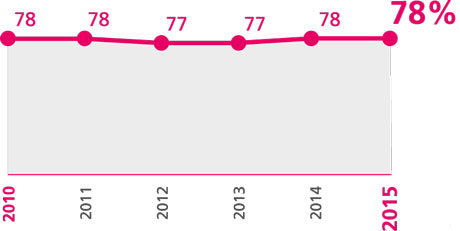 Children usually get measles vaccine at nine months of age – later than DTP3 but still within the first year of life. Coverage with the first dose of measles vaccine can, therefore, be used to measure the ability of health services to vaccinate children beyond early infancy. 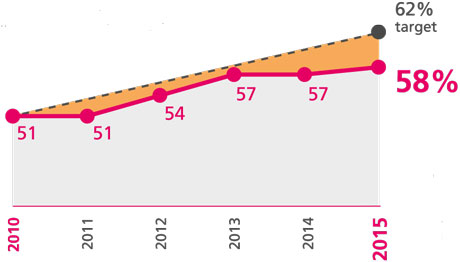 This indicator measured equity in immunisation in Gavi-supported countries by comparing DTP3 coverage for the poorest 20% of the population with that for the richest 20%. It shows the proportion of countries that met the minimum equity benchmark: a difference of less than or equal to 20 percentage points between the two groups.

Data sources
Demographic and health surveys (DHS) and multiple indicator cluster surveys (MICS); other surveys that use comparable methods were used where no DHS or MICS were conducted.

We relied on three indicators to track our performance against our 2011–2015 financing goal: to increase the predictability of global financing and improve the sustainability of national financing for immunisation.

These indicators measured the contributions pledged to Gavi and IFFIm, and the percentage of the pledges that had been signed. They tracked our ability to mobilise resources to finance country demand for vaccine support and thus increase the predictability of global financing for immunisation. 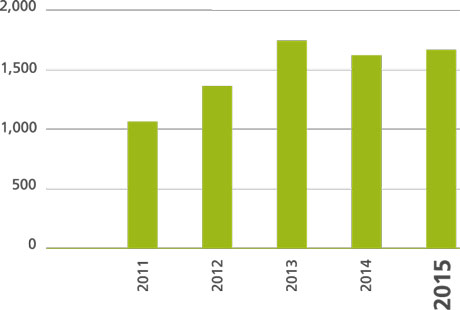 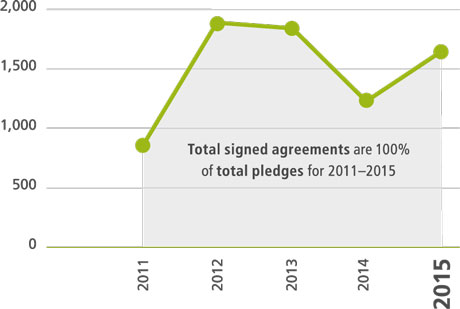 Average investment in vaccines per child in Gavi-supported countries (US$)

This indicator measured the average total amount spent on vaccines per child in Gavi-supported countries. It reflected the priority that governments placed on vaccines as a core public function. 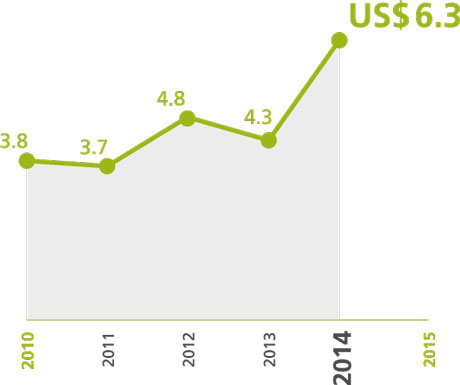 This indicator tracked the proportion of countries that met their co-financing commitments in a timely manner. It was, therefore, a reflection of the sustainability of national financing for immunisation in Gavi-supported countries. 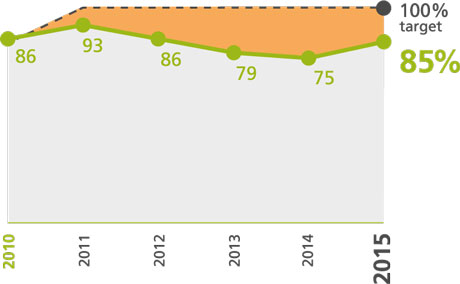 We used two indicators to monitor progress against our 2011–2015 market-shaping strategic goal.

This indicator measured the change in the total cost to immunise a child with a full course of pentavalent, pneumococcal and rotavirus vaccines. Price targets were set but were not published in order to avoid setting a minimum price. 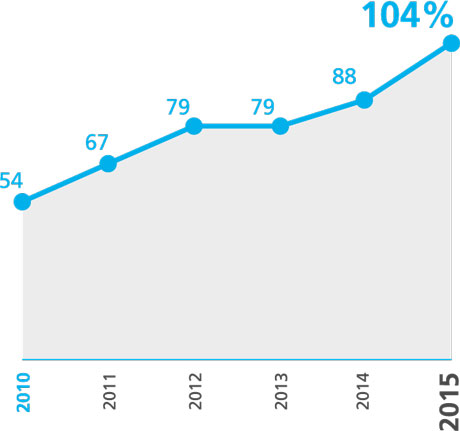 Security of supply: number of products offered as a percentage of five-year target

We used this indicator to measure supply security. It assessed the interest that we generated among existing and new vaccine manufacturers to offer products in response to tenders. The more products offered by different manufacturers, the higher the likelihood of achieving a broad supplier base and healthy competition among manufacturers. Progress was measured against the 2015 target.