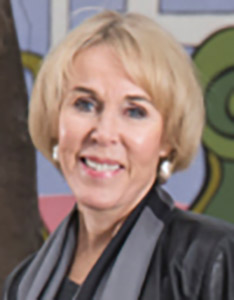 Founder and Executive Director of the Wits Reproductive Health and HIV Institute (WRHI), University of Witwatersrand

Helen Rees is the Founder and Executive Director of the Wits Reproductive Health and HIV Institute (WRHI), University of Witwatersrand in Johannesburg (South Africa), where she is also a Personal  Professor in the Department of Obstetrics and Gynaecology. Professor Rees is internationally renowned for her work in vaccines, HIV prevention and reproductive health. She has over 200 publications and has received many national and international awards for her contributions to African and global health.

Professor Rees currently Chairs several World Health Organisation (WHO) committees and working groups including the African Regional Immunization Technical Advisory Group, the IHR Emergency Review Committee on Polio, the STI Vaccine Roadmap Committee and the WHO Committee Developing Regulations to Cover Clinical Trials and Research During Emergencies and is Co-Chair of WHO’s Ebola Vaccine Working Group. She is also a member of several regional bodies, including South Africa’s National Advisory Group on Immunization and the Scientific Advisory Committee of the South African National Institute of Communicable Diseases and has recently been appointed as Chair of the South African Health Products Regulatory Authority (SAHPRA).

Professor Rees is an Honorary Professor at the London School of Hygiene and Tropical Medicine (UK) and serves on their Visiting Committee. She is Co-Director of the African Leadership In Vaccinology Excellence (ALIVE), a University of the Witwatersrand Flagship Centre, and an alumnus of Cambridge University (UK) and Harvard Business School (USA).