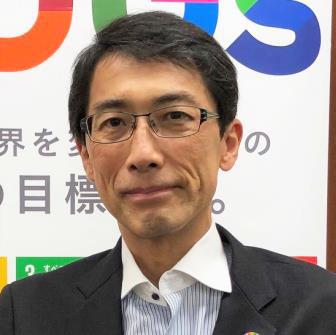 Keiichi Ono is Assistant Minister/Director-General and Ambassador for Global Issues. He worked as Deputy Chief of Mission/Minister of the Embassy of Japan in Jakarta, Indonesia from October 2017 until June 2020. Before then he was Deputy Assistant Minister and Deputy Director-General, North American Affairs Bureau, Ministry of Foreign Affairs (MOFA) of Japan and chaired various consultations to advance Japan-United States alliance and security cooperation.

Ambassador Ono was Director, Northeast Asia Division, Asian and Oceanian Affairs Bureau, MOFA for more than five years until October 2015, and was responsible for Japan’s relations with the Republic of Korea (ROK) and North Korea. He participated in and chaired consultations with North Korea on outstanding security and humanitarian issues including the issue of abductions. He also worked to strengthen cooperation and coordination with ROK in the political, economic and cultural fields.

Ambassador Ono worked in other fields including bilateral relations with the five Mekong countries (Cambodia, Laos, Myanmar, Thailand and Vietnam), China and Mongolia, and trade issues with the United States in MOFA. He served in the Embassy of Japan in London from 1991 to 1993, and in Washington, D.C. from 2000 to 2003. Ambassador Ono joined the Ministry of Foreign Affairs in 1988. He graduated from Tokyo University (BA in law, 1988), and University of Cambridge (St John’s College, BA and MA in law, 1991).