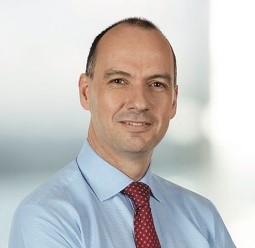 As President of GSK Global Vaccines, Roger Connor oversees an enterprise delivering vaccines to over 160 countries and more than GBP 5 billion in turnover. He has been a member of the Corporate Executive Team since 2013 and was appointed to his current role in September 2018.

Previously, Mr Connor was President, Global Manufacturing & Supply (GMS), leading an organisation of over 30,000 people, and a network of over 60 Pharmaceutical and Consumer Healthcare manufacturing sites. He also led Procurement, Product Quality, and Environment, Health, Safety & Sustainability at a corporate level.

Prior to his role in GMS, Mr Connor was Vice President, Office of the CEO and Corporate Strategy from February 2010. He joined GSK in 1998 from AstraZeneca and has held a number of roles within finance and manufacturing strategy, including GSK sites at Cork, Ireland as well as Ware and Barnard Castle in the UK.

He holds a Degree in Mechanical and Manufacturing Engineering from Queen’s University, Belfast and a Masters in Manufacturing Leadership from Cambridge University. He is also a qualified Chartered Accountant, having trained with PriceWaterhouseCoopers.