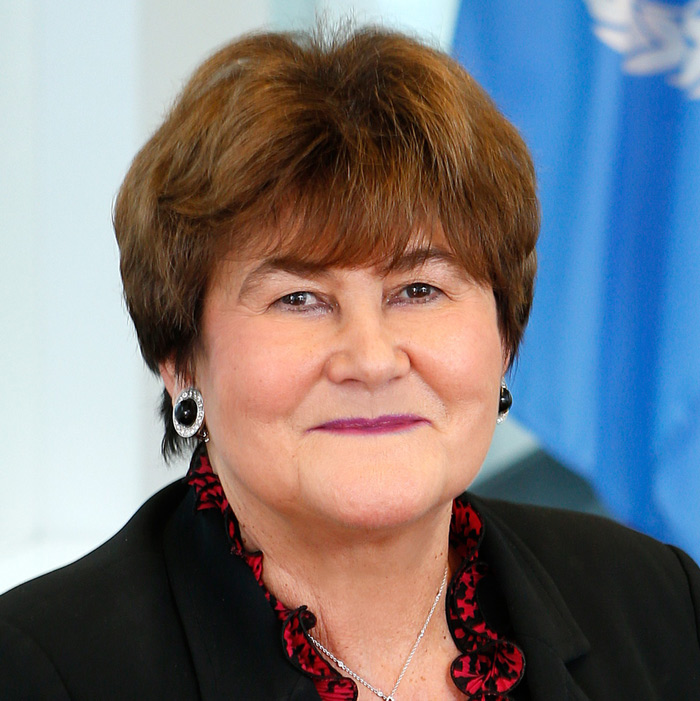 Zsuzsanna Jakab was appointed as WHO Deputy Director-General in 2019 after serving as WHO Regional Director for Europe since 2010. Her portfolio includes WHO’s technical programmes for universal health coverage, the life course, communicable and noncommunicable diseases, healthier populations and antimicrobial resistance, alongside other issues that the Director-General considers appropriate to delegate. A native of Hungary, she has held a number of high-profile national and international public health policy positions in the last three decades.

Before her election as Regional Director, Dr Jakab served as the founding Director of the European Union's European Centre for Disease Prevention and Control (ECDC) in Stockholm, Sweden. Between 2005 and 2010, she built ECDC into an internationally respected centre of excellence in the fight against infectious diseases. Between 2002 and 2005, Dr Jakab was State Secretary at the Hungarian Ministry of Health, Social and Family Affairs, where she managed the country’s preparations for European Union accession in the area of public health.

Between 1991 and 2002, Dr Jakab worked at the WHO/Europe in a range of senior management roles.

Born in 1951 in Hungary, Dr Jakab holds a PhD degree in Health Sciences from the University of Debrecen, Hungary; a Master’s degree from the Faculty of Humanities, Eötvös Lóránd University, Budapest; a postgraduate degree from the University of Political Sciences, Budapest; a diploma in public health from the Nordic School of Public Health, Gothenburg, Sweden; and a postgraduate diploma from the National Institute of Public Administration and Management, Hungary.