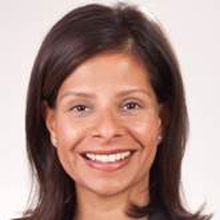 Ms. Bilimoria was most recently the President of Friends of the Global Fight Against AIDS, Tuberculosis and Malaria, a non-partisan, advocacy organization where she led efforts to educate and engage U.S. policymakers to support the Global Fund to Fight AIDS, Tuberculosis and Malaria. In this position, she played a central role in the successful strategy to achieve annual increases in U.S. support for the Global Fund, including an unprecedented $4 billion, three-year pledge from the U.S. government in 2010. During this time, Ms. Bilimoria was asked to serve as member of the Obama-Biden transition team in 2008, where she led a comprehensive review and analysis of all U.S. global health programmes.

“Natasha is an experienced senior leader who will build on GAVI’s already strong relationship with the US government, extend our recognition in the United States, and reinforce GAVI’s vital role in immunisation worldwide,” said GAVI CEO Dr. Seth Berkley. “As a seasoned strategist with more than a decade of leadership at high levels of the U.S. government and respected non-governmental organisations, Natasha brings a wide breadth of knowledge, a comprehensive skill set, and a proven record of getting results.”

Prior to her role at Friends, Ms. Bilimoria worked at the Elizabeth Glaser Pediatric AIDS Foundation, where, in her last position as Acting Director of Public Policy, she cultivated unparalleled U.S. support for global programs to prevent mother-to-child transmission of HIV, and led efforts to bring treatment to the world’s most at-risk populations working with the Bush Administration on the President’s Emergency Plan for AIDS Relief (PEPFAR).

Ms. Bilimoria also held positions in the Clinton Administration at the White House and in the U.S. Treasury Department, where she worked on economic development issues.

“I am very excited to join GAVI at this critical moment,” said Ms. Bilimoria. “I’ve dedicated my career to helping people live healthy and productive lives, and this new position will allow me to continue this work. I am proud to join the outstanding team at GAVI to help ensure that U.S. support for immunisation continues to strengthen and grow in the coming years.  Working together, we can bring about transformational change that will strengthen the lives of children around the globe.”