Gavi Board thanks Dagfinn Høybråten for inspirational leadership

Gavi Board Chair steps down after five years of unparalleled achievement 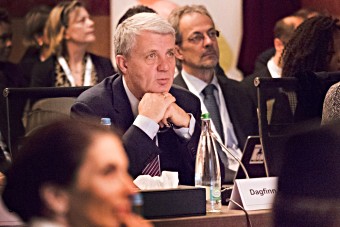 Geneva, 3 December 2015 – The Board of Gavi, the Vaccine Alliance today paid tribute to Dagfinn Høybråten as he presided over his final meeting as Board Chair. The former Norwegian Minister of Health, and current Secretary General of the Nordic Council of Ministers, will hand over to Nigeria’s former Finance Minister Ngozi Okonjo-Iweala at the end of the year.

Mr Høybråten, who joined the Gavi Board in 2006 as an independent member and was appointed Chair in 2010, has overseen an unprecedented acceleration of new vaccine introductions in developing countries. Today, more children than ever are being protected against major killers like pneumonia and severe diarrhoea.

The unprecedented speed of vaccine introductions during Mr Høybråten’s tenure has put Gavi firmly on course to reach its five-year target of immunising nearly a quarter of a billion additional children between 2011 and 2015, leading to almost four million lives being saved.

“The most important thing that Dagfinn has brought to Gavi is the inspiration to do the impossible,” said Bill Roedy, Gavi Board member and former Chairman and CEO of MTV Networks International. “That’s really what leadership is all about and he makes people believe that they can do things that otherwise were not possible.”

Mr Høybråten chaired Gavi through successful pledging events in London and Berlin, in 2011 and 2015 respectively, which together secured pledges for childhood immunisation in developing countries totalling almost US$ 12 billion.

“The biggest successes that Gavi achieved under Dagfinn’s leadership were the two replenishments and in both cases we exceeded our expectations and managed to raise more than the goal we had set for ourselves,” said Geeta Rao Gupta, Deputy Executive Director of UNICEF and former Gavi Deputy Board Chair. “That’s largely because of Dagfinn and his ability to reach out to donors and make a passionate case for immunising every child.”

As Chair, he also played a significant role in steering the Board to key decisions on funding for new vaccines. In November 2011, the Gavi Board agreed to open a funding window for the human papillomavirus (HPV) vaccine.

“Dagfinn’s commitment to the health of women and girls was never more evident than when he helped guide the Board’s decision on HPV,” said Dr Flavia Bustreo, Gavi Deputy Board Chair and Assistant Director-General for Family, Women's and Children's Health at WHO. “Dagfinn’s skillful diplomacy played a major role in ensuring the Board approved a decision to support a vaccine that will protect millions of women from cervical cancer.”

Two years later, the Board agreed the Vaccine Alliance should support the Global Polio Eradication Initiative’s efforts by funding the introduction of inactivated polio vaccine (IPV) into the routine immunisation systems of Gavi-supported countries. In September 2014, Nepal became the first country to protect its children with IPV through Gavi support.

Since 2011, Gavi has supported more than 200 vaccine introductions and campaigns – more than four times as many as during the 2005-2010 period. At Mr Høybråten’s final meeting as Chair, the Board approved Gavi’s new approach to measles, a new strategy for Gavi’s engagement with India, goal-level indicators for Gavi’s 2016-2020 strategy and a new framework for Alliance partner engagement.

“Dagfinn is warm. He’s a steady committed hand and he’s a very warm person. For him the agenda is a commitment to his family but also to the world,” said Dr Richard Sezibera, an independent Gavi Board member and current Secretary-General of the East African Community.

“It has been an incredible honour to work with Dagfinn. I think there is no one more passionate about the mission of Gavi but having that passion is what drives him,” said Gavi CEO Dr Seth Berkley.

“I am proud to have played my part in the unprecedented increase in the number of children in developing countries who have access to vaccines,” said Mr Høybråten, who will continue to play a role in childhood immunisation as a Gavi Special Envoy. “Gavi’s success in improving health and reducing illness and death lies in our ability to work collaboratively on complex immunisation challenges. I wish Dr Okonjo-Iweala every success and I look forward to the next exciting chapter in the Gavi story.” 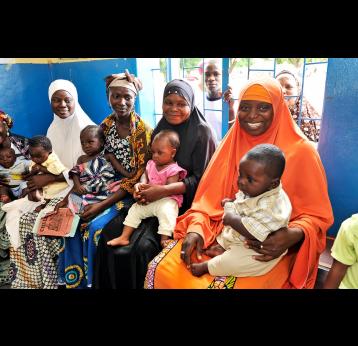 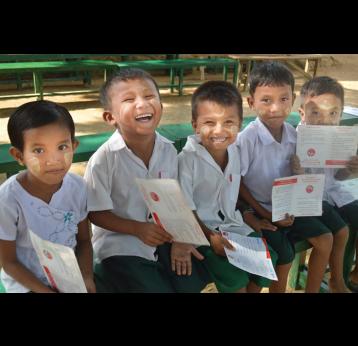 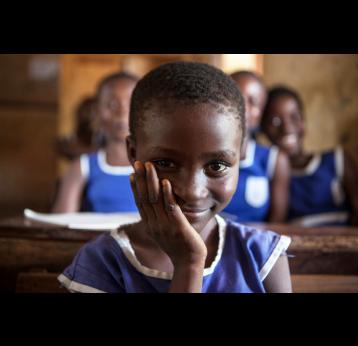 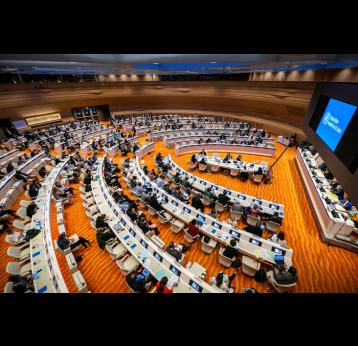