Geneva, 24 October 2019 – Gavi, the Vaccine Alliance has welcomed the announcement today by an independent commission of experts that wild poliovirus type 3 (WPV3) has been eradicated worldwide. The official announcement was made at a World Polio Day event organised by WHO in Geneva.

“This announcement represents a tremendous victory in the fight against polio.” said Dr Seth Berkley, CEO of Gavi, the Vaccine Alliance. “It is a testament to decades of effort by hundreds of thousands of vaccinators and health care workers as well as WHO and its partners – and it is a reminder of the real strides we can make with focused commitment and collaboration. Harnessing this momentum and remaining vigilant will be critical as we continue to work towards a polio-free world.”

Gavi supports the inclusion of inactivated polio vaccine (IPV) in routine immunisation programmes and the strengthening of health systems in Gavi-supported countries. The Alliance also works closely with the Global Polio Eradication Initiative (GPEI), a public-private partnership between WHO, Rotary International, the United States Centers for Disease Control and Prevention (CDC), UNICEF, and the Bill & Melinda Gates Foundation to strengthen routine immunisation and improve coverage.

As part of the global effort to work towards eradication, all countries needed to introduce at least one dose of IPV per child and then begin the phased removal of oral polio vaccine (OPV) from routine immunisation programmes. In order to achieve this, Gavi and GPEI collaborated to successfully introduce IPV into the national immunisation programmes of all 73 Gavi-supported countries by early 2019 – the fastest ever global introduction of a new vaccine, and a critical milestone for achieving and sustaining a polio-free world.

IPV consists of inactivated (killed) poliovirus strains of all three poliovirus types. It produces antibodies in the blood to all types of poliovirus. In the event of infection, these antibodies prevent the spread of the virus to the central nervous system and protect against paralysis. IPV has long been an integral part of routine immunisation in developed countries, but until recently, this was not the case in the developing world where OPV has been used as the vaccine of choice as it produces intestinal  and herd immunity.

Polio is a highly contagious viral infection which can lead to paralysis or even death, and mainly affects children under the age of five. Only three countries – Afghanistan, Nigeria and Pakistan – remain endemic to wild poliovirus. However, Nigeria has not recorded a wild poliovirus case since 2016 and, as a result, the African region may be eligible to be certified polio-free as early as 2020.

Although the number of polio cases has fallen by 99% between 1988 and 2018, challenges remain. 88 cases of WPV1 have been reported this year – 16 in Afghanistan and 72 in Pakistan – representing a significant increase compared to the 33 cases recorded in 2018. Also concerning are the incidences of circulating vaccine derived poliovirus (cVDPV), which are a result of very rare vaccine strain reversion in severely under-immunised populations. As a critical step, the poliovirus type 2 antigen was removed from OPV in April 2016 in a globally synchronised effort. Presently, type 2 cVDPVs are the majority of all vaccine-derived poliovirus cases.

Furthering its engagement in the fight against polio, Gavi approved the use of core resources for Gavi’s support for IPV in the period 2019-2020 and the Alliance plans to deepen its collaboration with GPEI in the future. Following a decision by the Gavi Board in June 2019, continued support for IPV will form an integral part of Gavi’s next strategic cycle. Subject to funding Gavi will invest US$ 800 million to maintain IPV in national routine immunisation programmes and support ramping up to a two-dose schedule. This will provide global insurance for polio eradication, protecting against a re-emergence of the disease. 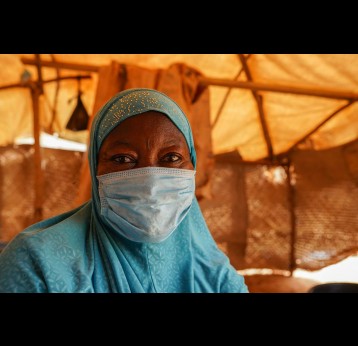