José Manuel Barroso named as new Chair of the Gavi Board 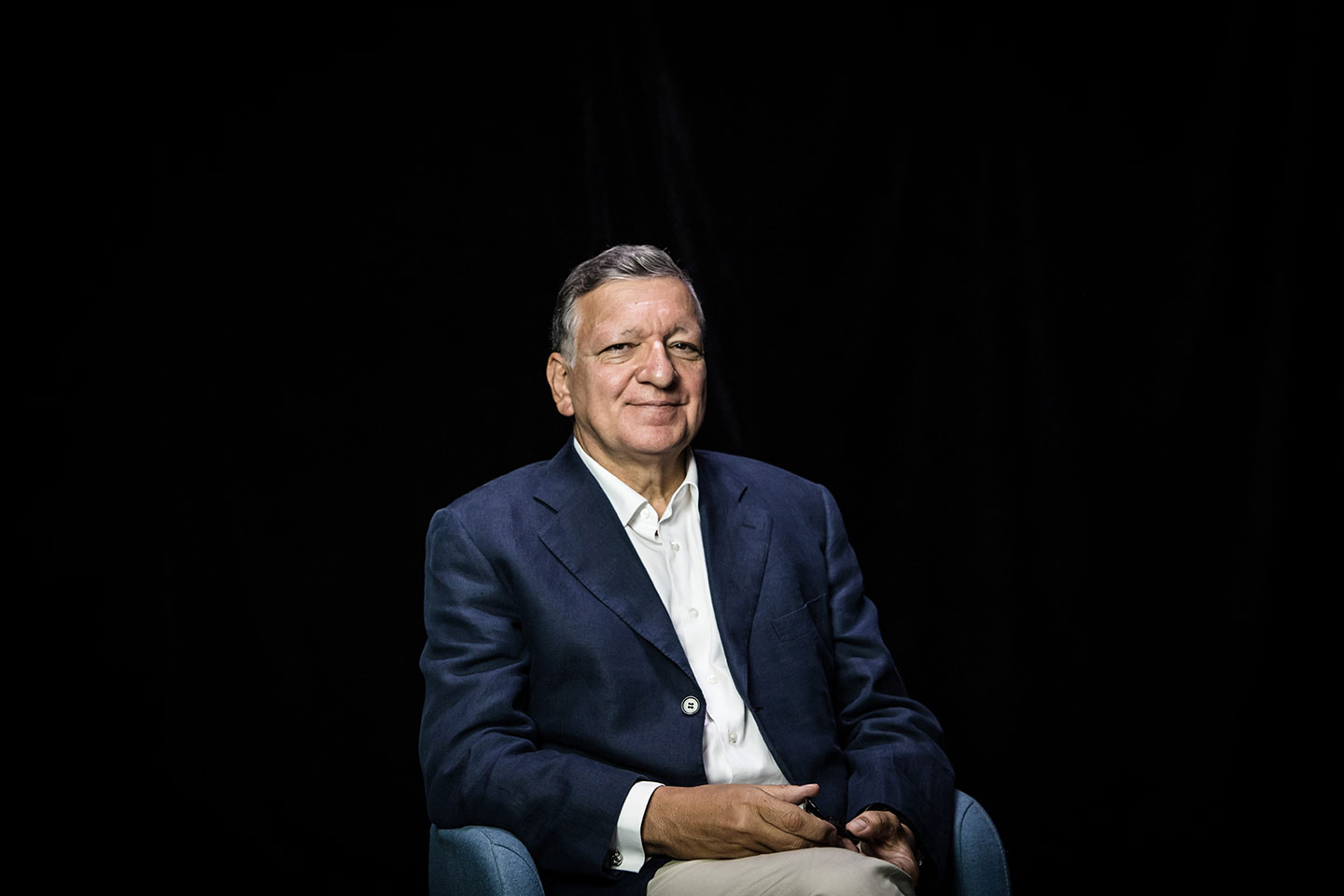 Geneva, 29 September 2020 – The Gavi Board has appointed José Manuel Barroso as its new Chair, beginning in January 2021.

Barroso served as Prime Minister of Portugal from 2002-2004 and as President of the European Commission from 2004-2014, accepting the Nobel Peace Prize on behalf of the European Union in 2012. He is currently non-executive Chairman of London-based Goldman Sachs International.

The Board’s Search Committee named Barroso’s considerable stature and experience, his track record as a leader, his immense experience chairing multi-stakeholder Boards and his commitment to international cooperation as deciding factors in making the selection.

“This is truly an honour from an organisation I have admired for some time,” said José Manuel Barroso. “As we face the worst pandemic in over a century, the world needs Gavi now more than ever, both to ensure COVID-19 vaccines reach every country, rich and poor, and press ahead with its core mission to protect hundreds of millions of people from preventable diseases.”

Since her appointment in 2016 Ngozi has led Gavi through some of the most successful years in its history, tackling the Ebola outbreak in Democratic Republic of Congo, contributing to a polio-free Africa and securing a historic US$ 8.8 billion in funds at June’s Global Vaccine Summit. More recently she has played a central role in the design of the COVAX Facility, which aims to secure global, equitable access to COVID-19 vaccines, once available.

“I’m enormously proud of everything the Vaccine Alliance has achieved over the past five years, as well as the immense dedication and hard-work of both the Gavi Board members and Secretariat staff – I’d like to offer my sincere gratitude to all of them,” said Dr Ngozi Okonjo-Iweala. “I know, however, that I leave the position in good hands. José is an excellent choice, with a track record in championing development, equity and gender diversity issues, and I am convinced that he is the right person to lead Gavi into its next chapter.”

“Firstly, I am delighted to extend a warm welcome to José Manuel Barroso, whose experience, commitment and hands-on approach to international cooperation will be immensely useful as Gavi’s embarks on its next strategic period to enhance vaccine equity and truly leave no one behind as well as taking on new challenges as a partner in the global response to COVID-19,” said Dr Seth Berkley, CEO of Gavi, the Vaccine Alliance. “I also want to acknowledge the tremendous contribution to Gavi of our current Chair, Dr Ngozi Okonjo-Iweala, whose term comes to an end in December. Dr Ngozi’s dynamism, intelligence and political nous has been an invaluable asset over the past five years and it has been an honour to work so closely with her. We look forward to continuing to draw on her leadership.”

The selection process began in October 2019 and was led by a Search Committee chaired by former Board Vice Chair Bill Roedy. This committee engaged with a field of 115 candidates in total across a wide spectrum of experiences and background, undertaking rigorous due diligence, referencing and interviews before making the final decision. The Gavi Board Chair is an unremunerated position.

He has several books and articles published in academic journals on Political Science and International Relations and was the founder and first editor of Revista de Ciência Politica. Earlier in his career, he was a teaching assistant at the Universities of Lisbon and Geneva and a Visiting Professor at the Universities of Georgetown (Washington, DC), Princeton and Geneva.

Whilst at Foreign Affairs, he became mediator of the peace process for Angola (Bicesse Accords) and he was one of the initiators, under the auspices of the Secretary General of the United Nations, of the negotiations at the level of Foreign Ministers between Portugal and Indonesia, which would lead to the referendum for East Timor's independence. He also promoted political and diplomatic initiatives with Brazil and the Portuguese Speaking African countries (Angola, Mozambique, Cape Verde, Guinea Bissau and Sao Tomé and Príncipe) that were at the origin of the Community of Portuguese Speaking Countries. As Foreign Minister he was also responsible for negotiations with the People's Republic of China regarding the transfer of Macau, as a Special Administrative Region, to Chinese sovereignty.

Whilst Prime Minister of Portugal he was invited by his European peers to be a candidate to the leadership of the European Commission and he was elected by the European Parliament for two terms as President of the European Commission. In these functions, he committed special efforts to the enlargement and the incorporation of new members in the European Union which, between 2004 and 2014, went from 15 to 28 member states. Within the framework of the policy to combat climate change he launched the legislative package known as 20/20/20 for decarbonization.

He was at the centre of initiatives taken for the signature and ratification of the new European Union Treaties ("Lisbon Treaty"), and also of the European Commission's response to the post-2007 global financial crisis, namely with the Banking Union proposals and European legislation to regulate the financial sector. At the initiative of his Commission, the Financial Perspectives (multiannual budget) for 2014/2020, included the Horizon 2020 program to finance scientific research at European level. He was at the origin of the creation of the European Globalisation Adjustment Fund (2007) and of the EIT, the European Institute of Innovation and Technology (2008). He represented the EU at the G8/G7 summits, at Head of State/Head of Government level, between 2005 and 2014, and he co-hosted the 2014 G7 Summit in Brussels. He also represented the EU in the first G20 Summit (Washington, DC, 2008) and all the following ones until 2013.

He received the 2012 Nobel Peace Prize, on behalf of the EU, having delivered the acceptance speech in Oslo, together with his European Council counterpart.

Gavi, the Vaccine Alliance is a public-private partnership that helps vaccinate half the world’s children against some of the world’s deadliest diseases. Since its inception in 2000, Gavi has helped to immunise a whole generation – over 822 million children – and prevented more than 14 million deaths, helping to halve child mortality in 73 developing countries. Gavi also plays a key role in improving global health security by supporting health systems as well as funding global stockpiles for Ebola, cholera, meningitis and yellow fever vaccines. After two decades of progress, Gavi is now focused on protecting the next generation and reaching the unvaccinated children still being left behind, employing innovative finance and the latest technology – from drones to biometrics – to save millions more lives, prevent outbreaks before they can spread and help countries on the road to self-sufficiency. Learn more at www.gavi.org and connect with us on Facebook and Twitter.