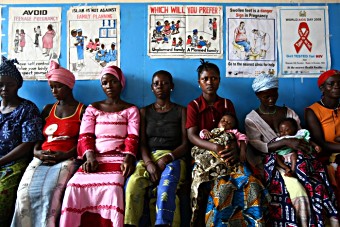 New York, 19 September 2011 - Government, UN and civil society leaders today called for a new approach to women’s healthcare to address the devastating impact of non-communicable diseases (NCDs) such as cancer, diabetes, cardiovascular and chronic respiratory diseases in low and middle-income countries. Today, more than half of all female deaths in low and middle income countries are caused by NCDs.

At an event to coincide with the first-ever UN High-level Meeting on NCDs, leaders issued a stark warning: unless the prevention and treatment of these diseases are integrated into current health programs and policies to tackle the specific risks of women, decades of progress on women’s health could be undermined and programs will fail to meet women’s health needs.

The event, which was opened by UN Deputy Secretary-General Asha-Rose Migiro, included a panel of global health experts who outlined the challenges and solutions. Rising rates of obesity, misuse of alcohol, lack of exercise and poor diets are putting millions of women in low and middle incomes countries at risk of chronic illness, disability and premature death. These new diseases threaten to place an unprecedented strain on health systems, women and communities.

“We have to ask some tough questions. We have to look hard at poverty, and recognize that too many women are at greater risk of cancer, diabetes, cardiovascular disease and chronic lung disease, simply because they are poor,” said the UN Deputy Secretary-General Dr. Asha-Rose Migiro.

A new task force was announced to help meet the challenges.  Comprised of leading civil society organizations dealing with women’s health, the task force will advocate for a gender-based, lifecycle approach to NCD prevention and treatment. It also aims to expand technical capacity and resources of low and middle-income countries to meet existing and emerging women’s health needs.

“The threat of NCDs for women in developing countries is one of the greatest public health challenges of our time. This task force will further global awareness and expand our ability to meet women’s health needs throughout the developing world,” said John R. Seffrin, PhD, CEO of the American Cancer Society.

Members of the task force include the American Cancer Society, Family Care International, International Planned Parenthood Federation (IPPF), Jhpiego, PATH, PSI, the Union for International Cancer Control (UICC), Women Deliver and the World Heart Federation. The Partnership for Maternal Newborn and Child Health (PMNCH) will work with the task force in a technical advisory role. The group plans to also work closely with the GAVI Alliance and UN Agencies.

The panel of experts said ensuring women’s rights to access to healthcare for these emerging diseases would deliver better health outcomes and galvanize achievement of the Millennium Development Goals (MDGs).

Urbanization, gender disparity, poverty, poor education, economic inequities and lack of access to health services were all mentioned as primary causes of NCDs among women. “The same inequities that have plagued some communities and caused unthinkable rates of pregnancy-related mortality are putting women at additional risk for non-communicable diseases,” said Jill Sheffield, President and Founder of Women Deliver.

Vaccination against the virus that causes cervical cancer and other lifesaving approaches to cervical and breast cancer prevention were identified as critical steps in protecting against escalating and alarming rates of cancer among women. “For Rwanda, the HPV vaccine has become an essential part of our cancer strategy, but also a springboard to reaching out to adolescents and their parents with health messages and services. It’s a win win,” said Dr. Agnes Binagwaho, Minister of Health from Rwanda.

Seth Berkley, CEO of the GAVI Alliance, described his organization’s goal to offer HPV vaccine at affordable and sustainable prices to countries eligible for its support. “GAVI has already immunized 267 million people against hepatitis B, a major cause of liver cancer, and we are now setting our sights on tackling cervical cancer by making HPV vaccines available to girls in the world’s poorest countries,” said Dr. Berkley. GAVI is working with its partners to further reduce the price of the vaccine.

The vast range of health issues causing early death and disability in developing countries was discussed. “It’s unprecedented to be discussing women and heart disease with leaders of the global health community. However, when you look at the numbers, it’s a discussion that is long overdue,” said Johanna Ralston, CEO of the World Heart Federation.

The co-hosts of the event include the American Cancer Society, the GAVI Alliance, the Partnership for Maternal, Newborn and Child Health, PATH, the United Nations Population Fund (UNFPA), Women Deliver and the World Heart Federation. 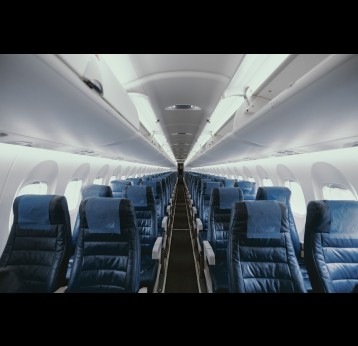 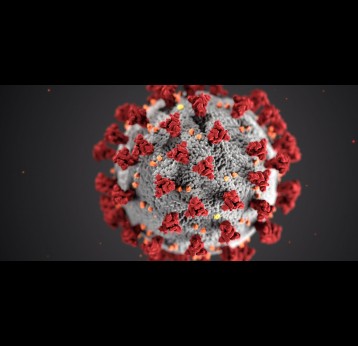