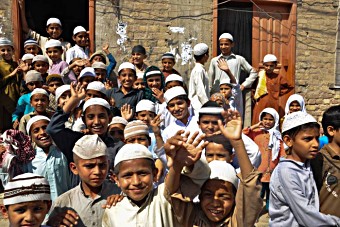 Islamabad, 20 August 2015 – More than four million children per year will benefit from the introduction of the inactivated polio vaccine (IPV) in Pakistan. The vaccine will be introduced into the country’s routine immunisation schedule and given to children alongside other life-saving vaccines. This is a landmark step to accelerate polio eradication and secure a lasting polio-free world.

Pakistan is one of three countries in the world where polio remains endemic. Nigeria, which recently marked one year without a case of wild polio, introduced the vaccine earlier this year and Afghanistan is due to begin using IPV in the coming weeks.

IPV will be administered alongside the oral polio vaccine (OPV), large-scale use of which has reduced the incidence of polio by more than 99% worldwide. New evidence now clearly demonstrates that adding one dose of IPV to OPV is the most effective method to stop the virus and protect children from lifelong polio paralysis.

If we want to stop children from being disabled by this scourge and eliminate polio, we need to reach each and every one of them with a strong routine programme and robust health systems.

Today’s introduction of IPV into the routine immunisation schedule in Pakistan is part of a worldwide roll-out of the vaccine across 126 countries by the end of 2015 – the largest and fastest globally coordinated vaccine introduction project in history. It is funded as part of the budget of the Global Polio Eradication Initiative (GPEI), and support is channelled through Gavi, the Vaccine Alliance, WHO and UNICEF.

The universal introduction of IPV is part of the Polio Eradication and Endgame Strategic Plan 2013-2018. It contributes to the eradication of polio and secures the gains made against the disease through stronger immunisation systems, so that all children in all countries have access to vaccines. The plan also calls for the eventual removal of oral polio vaccination following the eradication of the remaining strains of poliovirus transmission, due to the very low risk of potential vaccine-associated cases.

“Introduction of IPV is a major landmark as it would strengthen our efforts to fight polio and eventually eradicate it from our country and the world, We are confident that this introduction will give a boost to Routine Immunization in the country,” said Mrs Saira Afzal Tarar, Minister of State, Ministry of National Health Services Regulation and Coordination.

“The introduction of IPV is a vital step on the journey to securing a polio-free world for all future generations to come,” said Aziz Memon, Rotary International, speaking on behalf of the Global Polio Eradication Initiative. “Adding at least one dose of IPV to the routine immunisation schedule is the best possible way to protect your children from life-long polio paralysis, while the disease is being eradicated from the remaining endemic hotspots.”

“If we want to stop children from being disabled by this scourge and eliminate polio, we need to reach each and every one of them with a strong routine programme and robust health systems,” said Dr Seth Berkley, CEO of Gavi, the Vaccine Alliance. “Gavi fully supports Pakistan in its work towards a polio-free future as the first half of 2015 marks the lowest number of polio cases ever.”

Pakistan has made significant progress in the fight against polio with a 75% reduction in the number of cases compared to the same period last year (from 115 cases to 29 cases). This decline shows that, despite major challenges and remaining hurdles in some provinces, Pakistan is getting closer to polio eradication. However, the country still accounts for more than 80% of cases worldwide so far this year, and many children in high-risk areas of the country remain un- or under-immunised.

To address this situation the Prime Minister, Nawaz Sharif, endorsed the National Emergency Action Plan to stop polio transmission as surveillance indicates widespread circulation of polioviruses, not just in known infected areas but also in areas without cases. This plan clearly identifies areas with disproportionate numbers of under-immunised children, and puts in place area-specific plans to overcome challenges and reach these children – who are the most vulnerable to polio – with polio and other life-saving vaccines. Emergency operations centres at national and provincial levels ensure real-time monitoring of activities, implementation of immediate corrective actions and direct oversight by government at all levels and increased accountability. 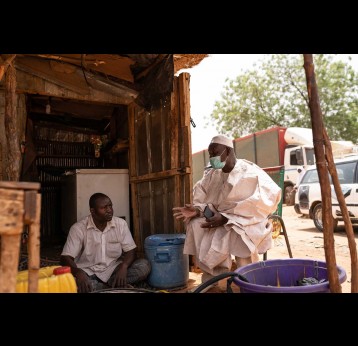