Global leaders gathered in London to drive a new, forceful impetus to immunisation efforts in the world’s poorest countries 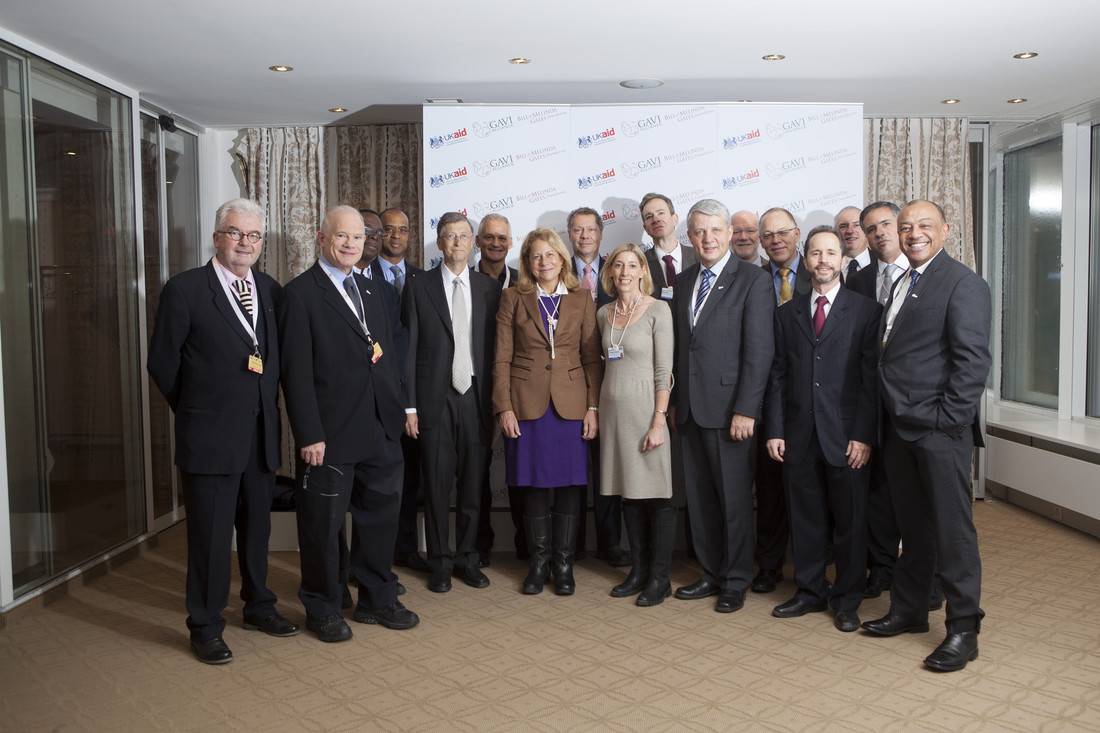 Global leaders gathered in London to drive a new, forceful impetus to immunisation efforts in the world’s poorest countries

Major public and private donors achieved a milestone in global health on 13 June 2011 in London by committing funding to immunise more than 250 million of the world’s poorest children against life-threatening diseases by 2015 and prevent more than four million premature deaths.

Donors committed US$ 4.3 billion at the first pledging conference held by Gavi, the Vaccine Alliance. This exceeded an initial target of US$ 3.7 billion, enabling Gavi to reach more children faster than planned and to accelerate the introduction of new vaccines.

A portion of the pledges are conditional upon additional funds being raised in the future. The pledges bring Gavi’s total available resources for the period 2011 to 2015 to US$ 7.6 billion.

The increased support was timely. Gavi recently reported a record 50 countries applied for vaccine funding during the Alliance’s latest application round – nearly double the previous record in 2007.

“Today is an important moment in our collective commitment to protecting children in developing countries from disease,” said President of Liberia Ellen Johnson Sirleaf.

“But every 20 seconds, a child still dies of a vaccine-preventable disease. There’s more work to be done.”

The meeting was hosted by the governments of the United Kingdom and Liberia and the Bill & Melinda Gates Foundation. Governments more than doubled their previous commitments and new donors will also give for the first time, including Japan and Brazil. Gavi’s largest corporate donor, “la Caixa” Foundation, extended its financial commitment and new donors Anglo American plc and Absolute Return for Kids (ARK) made their first pledges.

Developing countries committed to maintain or increase the co-financing of their vaccine programmes and leverage the partnership to immunise their children. Gavi estimates that the total level of co-financing will triple to US$ 100 million by 2015.

Vaccine manufacturers announced last week they will contribute by offering lower prices on a range of life-saving vaccines supported by Gavi, including a two-thirds reduction on the rotavirus vaccine, which combats the leading cause of diarrhea deaths. Co-financing and lower prices will enhance the sustainability of immunisation programmes.

“Gavi was one of the very top performers in our root-and-branch review of the agencies that deliver British aid because it demonstrates tangible results. Britain will play its full part and our support to Gavi will help vaccinate over 80 million children and save 1.4 million lives. That’s one child vaccinated every two seconds for five years.”

"For the first time in history, children in developing countries will receive the same vaccines against diarrhea and pneumonia as children in rich countries.Together we must do more to ensure that all children – no matter where they live – have equal access to life-saving vaccines.”

The Gavi resource mobilisation process 2010-2015 was designed at the High-Level Meeting on Financing Country Demand in The Hague in March 2010, and was formally launched in New York in October 2010 at the Gavi Call for Action and Resources meeting, where some early pledges were made.

Conference participants agreed that the momentum to reach more children with vaccines must be maintained and they encouraged Gavi to expand coverage of immunisation programmes and accelerate the introduction of new vaccines.

"Today was a vote of confidence for Gavi. But it was also a challenge to us: to keep delivering on our mission and to do even more," said Gavi Board Chair Dagfinn Høybråten.

Publications and documents for pledging conference

6a. Market shaping: access to low and sustainable vaccine prices

6b. Market shaping: strategic considerations for a healthy vaccine marketplace

British aid will help vaccinate a child in the developing world every two seconds for the next five years (DFID), 13 June 2011 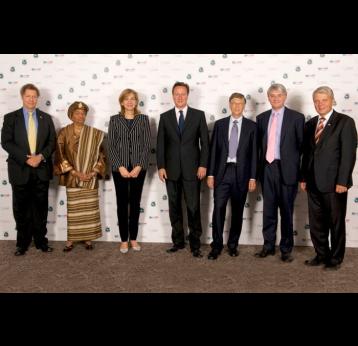