DRC: vaccination sessions increase by 50% in vulnerable provinces since 2018 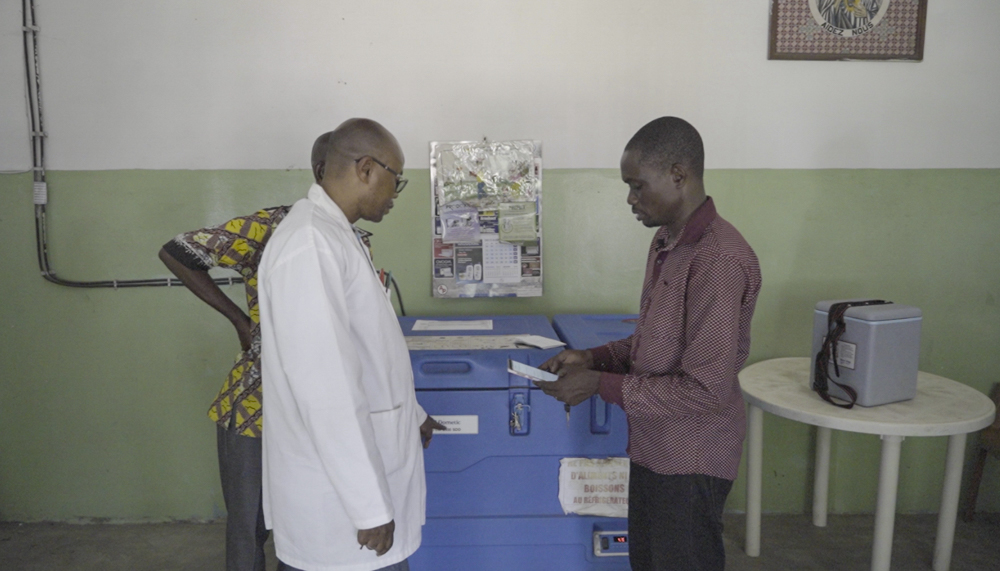 Kinshasa, 25 February 2020 – An ambitious emergency plan by the Government of the Democratic Republic of the Congo (DRC) to strengthen routine immunisation has resulted in a 50% increase in the number of vaccination sessions delivered in vulnerable areas in just over one year, according to new data released at an annual review meeting held in Kinshasa last week.

The Mashako Plan – formally the Emergency Plan for Revitalisation of Routine Immunisation in the DRC – was launched in October 2018 to tackle extremely low rates of routine immunisation coverage across a country where, in 2017, two-thirds of all children – 2.5 million – were not fully vaccinated, and 20% of children received no vaccines at all.

The first phase has focused on the nine provinces hardest hit by measles and vaccine-derived polio outbreaks, and where half of the DRC’s under-immunised or unimmunised (“zero-dose”) children live.

With an initial target of a 15% increase in immunisation coverage in these provinces by 2020, the plan is divided into clear, easily measurable indicators. Its implementation is enabled by the Gavi-supported Mashako Plan app, which helps health workers monitor immunisation sessions, vaccine stocks and cold chain performance in real time. The data collected via the app is fed into a national dashboard to help inform rapid, evidence-based decision-making at the Ministry of Health level.

“The Mashako Plan proves that our country can implement transformation programmes and achieve impressive results in a short time,” said Dr Eteni Longondo, Minister of Health for the DRC. “Providing clear objectives to each health worker and focusing on a few priorities enabled us to jump-start the vaccination programme. There are good public health managers in each province who can improve outcomes when equipped with the right tools.”

One year in, those outcomes are extremely encouraging:

“These results are a testament to the DRC government’s commitment to improving immunisation outcomes,” said Thabani Maphosa, Managing Director of Country Programmes for Gavi, the Vaccine Alliance. “Extending the reach of routine immunisation services in the most vulnerable communities, while simultaneously combatting multiple outbreaks, is a significant achievement.”

Strengthening routine immunisation ensures people are protected against the spread of infectious disease and connects populations to critical health services – making it easier to detect outbreaks early. It also means putting in place the building blocks of a resilient health system, such as supply chains, trained health workers and data systems. Extending these services to the last 20% of children who currently miss out on vaccines must be a priority in order save lives and safeguard against future public health threats.

"With the Mashako Plan, the DRC has taken a big step in the right direction to ensure better coordination in the management of its vaccine policy,” said Dr Amédée Prosper Djiguimdé, Officer in Charge of the World Health Organization’s office in the DRC. “But many challenges remain, including strengthening the vaccine supply and tackling vaccine shortages.”

"WHO stands ready to support the Government of the DRC in improving the health of children through quality routine immunisation, even for those in the most remote rural areas of the country, to achieve the key goal of health for all. It is a shared responsibility to have an impact on the main public health challenges in the DRC,” he added.

"Vaccination is the top priority for UNICEF,” said Gilles Fagninou, UNICEF Deputy Regional Director for West and Central Africa. “Each of us should, according to our prerogatives, ensure that vaccines are available and that every Congolese child is vaccinated. Immunisation is the foundation of health coverage.”

The Mashako Plan is led and implemented by the DRC government with the support of Gavi, WHO, UNICEF, PATH, VillageReach, Acasus and the Bill & Melinda Gates Foundation. The Plan will be extended to eight additional provinces in May 2020 and nine more in October 2020.

Why is coronavirus lockdown necessary?