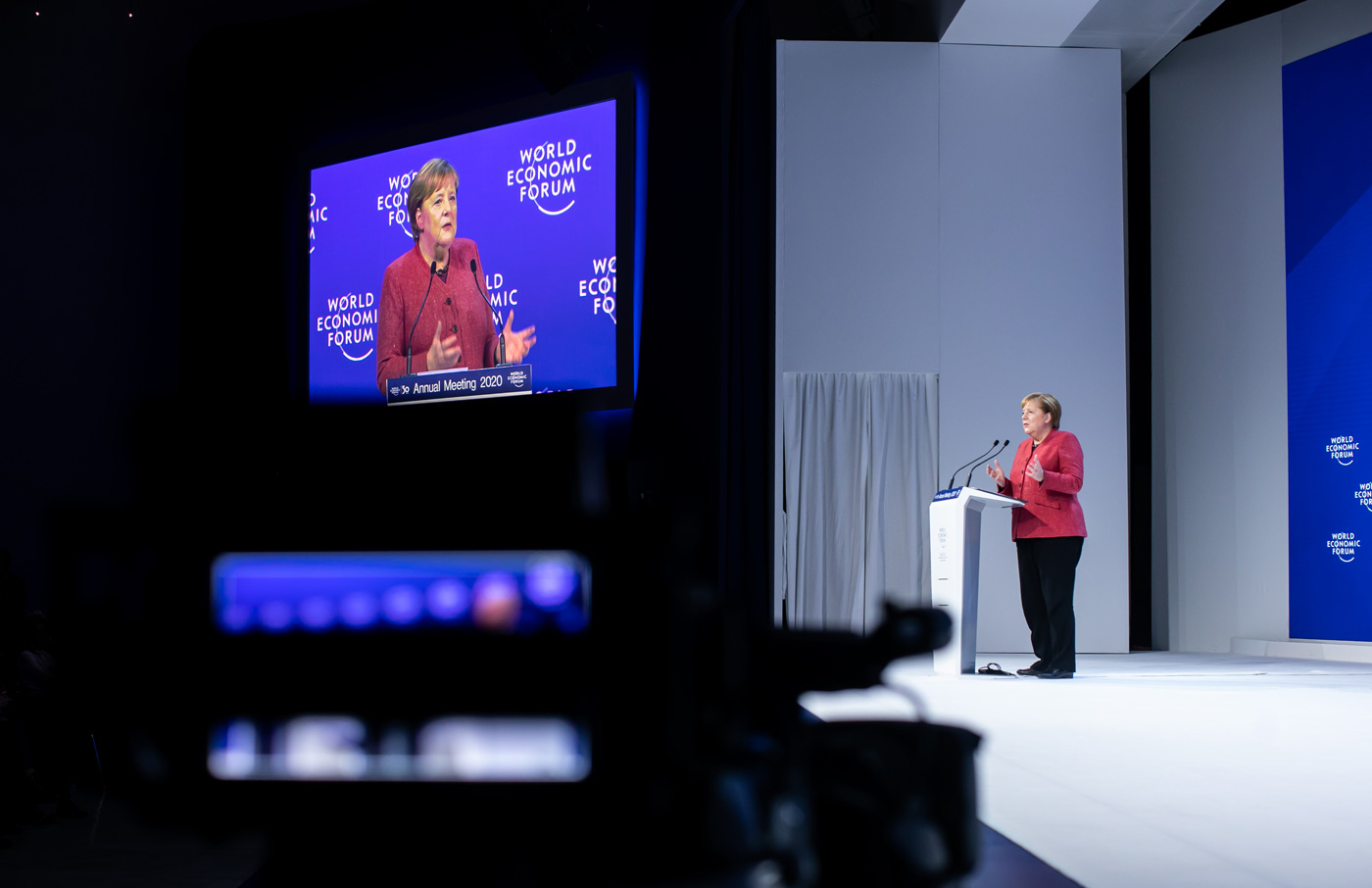 Davos, 23 January 2020 – Global leaders committed to Gavi, the Vaccine Alliance’s vision to immunise hundreds of millions of children in the world’s poorest countries as they celebrated Gavi’s 20th anniversary at the World Economic Forum (WEF), citing remarkable progress since its inception in 2000.

“This is another impressive milestone in Germany’s history of support for Gavi, the Vaccine Alliance,” said Dr Ngozi Okonjo-Iweala, Gavi Board Chair. “Ahead of Gavi’s donor pledging conference in the UK in June, Chancellor Merkel is leading the way with her continuous commitment to making even more life-saving vaccines available to the next generation of girls and boys living in the developing world.”

This pledge will contribute towards Gavi's goal of immunising an additional 300 million children in the world's poorest countries between 2021 and 2025, saving more than 7 million lives. As Gavi expands its investments in global health security to protect the world against outbreaks and epidemics, it will also further accelerate progress towards the health-related Sustainable Development Goals (SDGs).

“Gavi, the Vaccine Alliance, works: worldwide, we have made huge progress on protecting people from preventable diseases such as polio, measles and diarrhoeal diseases,” said Dr Gerd Müller, the German Federal Minister for Economic Cooperation and Development.

“Polio has almost been eradicated. 30 years ago, there were still 350,000 cases of polio a year. Last year, that number had dropped to 33 worldwide. Gavi has contributed a lot to this. Among other things, it has set up a unique distribution network to immunise children even in very remote regions and in conflict areas. I find that particularly important. We have to build on that success, because children continue to die from preventable diseases such as typhoid fever and measles. That is why, over the next five years, we will continue to support Gavi at the same high level as before, providing 600 million euros. We want to immunise more than 300 million children by 2025, while simultaneously strengthening the necessary health systems in our partner countries. Gavi, the Vaccine Alliance, is particularly effective because it pools funding from many donors and leverages economies of scale to get price discounts for vital drugs. After all, children in the world's poorest countries have the same right to a good and healthy childhood as children in Germany.”

“As host of Gavi’s last replenishment conference in 2015, Germany has been a strong supporter of the Alliance, playing an instrumental role in our work saving more than 13 million lives in the last 20 years,” said Dr Seth Berkley, CEO of Gavi, the Vaccine Alliance. “We are extremely grateful to Germany for this commitment, which will be a catalyst towards a fully funded Gavi.”

In the next five years, Gavi will renew its focus on protecting the next generation of children, focusing on the hardest-to-reach, whether they live in urban slums, warzones or remote communities. More than ten million children miss out entirely on the vaccines that should be routinely available to everyone. This lack of access to routine immunisation leaves these unvaccinated children vulnerable to killer diseases. Gavi will invest in health systems strengthening so countries can extend their immunisation services to children and communities currently not receiving vaccines. This will simultaneously build a platform for those currently left behind to access other basic primary health care services, moving closer to achieving universal health care (UHC).

The Bill & Melinda Gates Foundation also announced on the sidelines of the World Economic Forum in Davos that it will renew its US$ 75 million contribution to the Gavi Matching Fund, an innovative public-private funding mechanism that secures resources to incentivise private sector investments in immunisation.

“Gavi’s success over the last 20 years has made clear the power of public-private partnerships in addressing some of the world’s most difficult global health challenges,” said Chris Elias, President of the Global Development Division of the Bill & Melinda Gates Foundation. “Our renewed commitment to the Matching Fund reaffirms our belief that to promote the innovation needed to reach more children with lifesaving vaccines, we must continue to engage with the private sector and leverage the resources and expertise it brings to the table.”

Partnership with the private sector has been integral to the Gavi model. The Alliance was founded 20 years ago to address market failure and to ensure a secure supply of vaccines at affordable prices to developing countries.

“Gavi was one of the first major platform initiatives of the World Economic Forum,” said Professor Klaus Schwab, Founder, World Economic Forum. “In many ways it is a role model for how the public and private sector can and should cooperate – working in a much more efficient way than governments alone or business alone or civil society alone.”

Twenty years on, Gavi has vaccinated more than 760 million children – an entire generation – and now helps to vaccinate almost half of the world’s children every year against deadly and debilitating infectious diseases.

The UK government and Gavi will hold a major donor pledging conference in London on 3-4 June 2020 to raise funds needed for the 2021-25 period.