I see Gavi as a strong organisation powered by people with a determined spirit who are spurred by an insatiable faith in their mission to save lives.

I see Gavi as a strong organisation powered by people with a determined spirit who are spurred by an insatiable faith in their mission to save lives.

Anuradha Gupta is Deputy Chief Executive Officer of Gavi, the Vaccine Alliance. A passionate and influential advocate of women, children and adolescents, Ms Gupta has led efforts to put equity, gender and communities at the centre of Gavi’s programmatic planning. She has pioneered the concept of zero-dose children – those who remain deprived of even a single vaccine shot – as a marker of communities facing multiple deprivations, thus calling for a multi-sectoral response.

Ms Gupta has also driven efforts to create a new model of country-level Alliance support, through the establishment of the partners’ engagement framework (PEF). This has helped to bolster country ownership of Gavi-supported programmes while enhancing accountability for results. In 2019, Gavi received the prestigious Lasker~Bloomberg Public Service Award for providing sustained access to childhood vaccines in the world’s poorest countries, saving millions of lives and highlighting the power of immunisation to prevent diseases; and in 2020, the Princess of Asturias Award for International Cooperation.

Under Ms Gupta’s leadership, in 2018 Gavi was the first global health organisation to be certified as an EQUAL-SALARY employer, affirming Gavi’s commitment to ensuring that women and men get equal opportunities and equal pay for work of equal value. In 2022, Gavi was recertified as an EQUAL-SALARY employer. Gavi is consistently rated among top performers on gender equality by Global Health 50/50, whose 2022 report scored Gavi as a “Very High Performer” (among the top 19 organisations out of 200).

Prior to joining Gavi in 2014, Ms Gupta served in the Indian Administrative Service (IAS) and held leadership positions in a wide range of sectors, including education, health, finance, internal security and urban development. She served as Mission Director of the National Health Mission of India, where she ran the largest public health programme in the world with an annual budget of US$ 3.5 billion. Her achievements include leading polio eradication in India, often hailed as a public health feat, and a wide range of transformative initiatives that enabled free access to quality health care for millions of women and children – resulting in an impressive decline in maternal and child deaths.

Ms Gupta has contributed towards a number of important global health initiatives. In 2011, she was invited by U.S. Secretary of State Hillary Clinton to help steer the Child Survival Call to Action, which brought renewed global momentum to reducing preventable child deaths. She also co-chaired the Stakeholder Group for the 2012 London Summit on Family Planning, a clarion call to expand women’s and girls’ access to family planning services, and was a member of the Family Planning 2020 (FP2020) Reference Group. Ms Gupta served as Co-Chair of the Partnership for Maternal, Newborn & Child Health (PMNCH) and is currently a member of the PMNCH Board. She also played a role in shaping the Global Financing Facility for Women, Children and Adolescents (GFF), housed at the World Bank, and is a member of the GFF Investors Group. As a member of the Merck for Mothers Advisory Board, Ms Gupta guided efforts to improve quality obstetric care to prevent maternal deaths. Ms Gupta also serves as a member of the Immunization Agenda 2030 (IA2030) Partnership Council, which oversees the global immunisation strategy to leave no one behind.

Ms Gupta holds an MBA from the University of Wollongong in Australia and received executive education from the John F. Kennedy School of Government at Harvard University, Stanford Graduate School of Business and Maxwell School of Citizenship and Public Affairs at Syracuse University. In 2015, she was named one of “300 Women Leaders in Global Health” by the Global Health Centre of the Graduate Institute of International and Development Studies. In 2017, Ms Gupta was awarded the Cross of Labour by the then-President of the Lao People’s Democratic Republic for her contribution to the health of its people; and in 2019, she was conferred the highest civilian award for public service by the President of the Democratic Republic of the Congo. In 2021, Ms Gupta received the University of Wollongong’s Alumni Award for Social Impact. She is among the ten most influential women IAS officers profiled in the recently released book Women of Influence by Rajni Sekhri Siba (India Penguin, 2021).

The COVID-19 pandemic has demonstrated the power of innovative Fourth Industrial Revolution (4IR) technologies in healthcare systems. Unless these technologies are designed with equity at their core, we risk leaving some people even further…

Despite the havoc wrought by the COVID-19 pandemic on health systems worldwide, governments’ work to bring immunisation programmes back on track is paying off. How to eliminate cervical cancer - an expert explains

COVID-19 has caused a decline in the delivery of human papillomavirus (HPV) vaccines that protect girls from cervical cancer. Anuradha Gupta, the Deputy CEO of Gavi, explains what we must do to create more access to these vaccines.

We must seize this opportunity to shape our COVID-19 response as a chance to achieve better equity and social justice. What better way to do that than to focus on zero-dose children?

Breaking the glass vial: Women at the forefront of COVID-19 vaccine

Leaders in global health have been working on COVAX – a global initiative to ensure the fair distribution of COVID-19 vaccines. Some of the top jobs are held by a diverse group of women, so in honour of International Women's Day we'd like to… 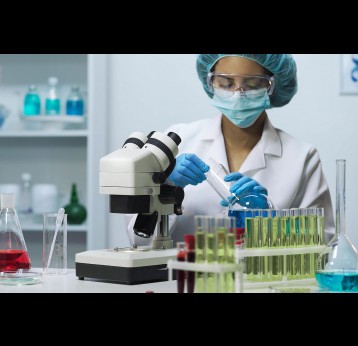 This International Women’s Day Vaccines Work is hosting a series of interviews with inspirational women from across the world. Here Anuradha Gupta, Gavi’s Deputy CEO, explains what ‘choose to challenge’ – this year’s IWD theme – means to her.

The medical and moral imperative for equitable access to COVID-19 vaccines is why COVAX was created. Co-led by Gavi, the Vaccine Alliance, together with the World Health Organization (WHO) and the Coalition for Epidemic Preparedness Innovations (…

Anti-vaxxers’ irresponsible misinformation ignores those with the most to lose by not vaccinating: the poorest and most vulnerable, who risk dying or sliding into medical impoverishment if they or their loved ones get sick. For much of the world’…

We commit to fostering a just, equitable and diverse culture free from racism and discrimination in which all staff, partners and stakeholders feel empowered, safe and heard.

The three Vs needed to end this pandemic

While scientific and vaccine manufacturing community make huge strides in the race towards that goal, it is important to remember that vaccines are only one of three Vs needed to beat this coronavirus.

An Equal Shot: Why Global Vaccination Efforts Must Include Refugees

Opinion: COVID-19 threats facing women are daunting. We cannot be afraid of the challenge 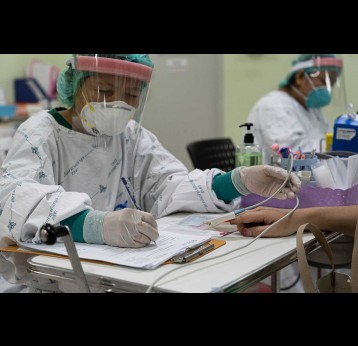 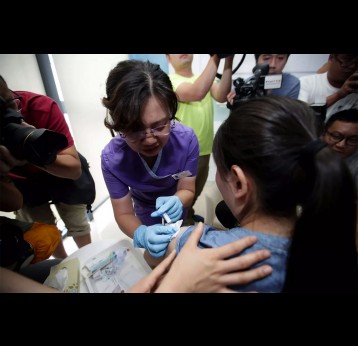 Opinion: Why we need the conscience keepers to end this pandemic

Despite huge strides, millions of children still missing out on life-saving vaccines

My ‘6Rs’ for promoting gender equality in the workplace

If women and children have to pay for basic health services, many will remain deprived

The power of empowerment

Vaccine hesitancy: a state of denial

Most Pregnancies Last 9 Months. Why Is the Deadliness of Childbirth Still Taking Us by Surprise?