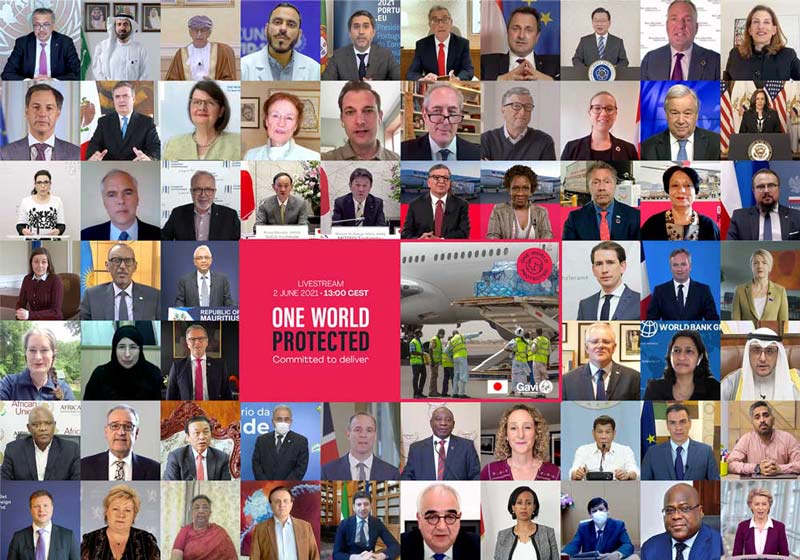 Global leaders and private sector companies have pledged US$ 2.4 billion to the COVAX Facility to accelerate access to 1.8 billion COVID-19 doses for lower-income economies. The pledges exceed the original US$ 2 billion target and bring the total raised to US$ 9.6 billion.

The Government of Japan will host the virtual Gavi COVAX Advance Market Commitment (AMC) Summit on 2 June 2021. The event will aim to accelerate access to 1.8 billion COVID-19 vaccine doses for lower-income economies via the Gavi COVAX Advance Market Commitment by raising an additional US$ 2 billion from donors and the private sector, in addition to US$ 6.3 billion already raised before the campaign was launched at the “One World Protected” event on 15 April 2021.

In addition to securing resources to accelerate global vaccination coverage, the Summit will bring together world leaders, the private sector, civil society and key technical partners to reflect on the challenges, successes and lessons learned; and look ahead to potential scenarios to address the pandemic and bolster global health security for the future.

The Japanese government has supported Gavi since 2011, making a contribution of US$ 9 million every year until 2014.

In 2015, Japan doubled its contribution in support of health system recovery in the aftermath of the 2014 Ebola outbreaks. In May 2016. in the fringe of the G7 leaders’ Summit under its presidency, Japan for the first time announced a multi-year pledge to Gavi In 2019, Japan hosted the launch of Gavi’s third replenishment as part of TICAD 7 in Yokohama.

At the Global Vaccine Summit in June 2020, Japan announced to commit US$ 300 million to Gavi’s 2021-2025 vaccination programmes. As one of the first countries to join COVAX, Japan has already disbursed US$ 200 million to the Gavi COVAX AMC.

Timeline of Japanese support for Gavi

The Gavi COVAX Advance Market Commitment (AMC) is an innovative financial mechanism that ensures the world’s poorest countries will get access to COVID-19 vaccines, regardless of their ability to pay.

After a halting start to its immunisation campaign, Pakistan has shifted into high gear, now administering a million doses a day. #VaccinesWork spoke to national health leaders and spent a morning at a rural vaccination centre to find out what…

The delivery of COVID-19 vaccines has brought hope for the country’s education system. 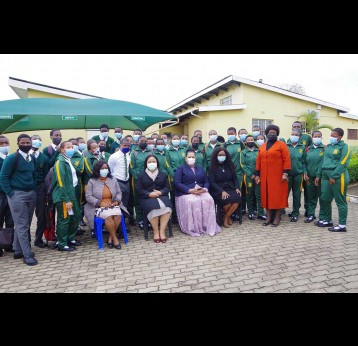 Convincing nomadic populations to get the jab in Northern Kenya

For the Gosha community, vaccines are not only protecting them from COVID-19, but are also bringing development to their area.

Delivering COVAX supplies during a supply chain crisis, the HOPE Consortium steps up support to UNICEF

First flight facilitated by the Hope Consortium touches down in Belgium with large delivery of ultra-cold chain freezers for onward shipment to 21 African countries.